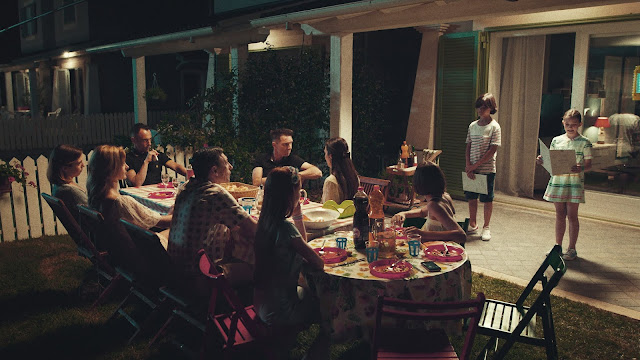 Damiano D'Innocenzo and Fabio D'Innocenzo are at the Berlin Festival presenting their follow up to the widely successful La terra dell'abbastanza (Boys Cry). Elio Germano stars in Favolacce (Bad Tales), a dark tale set in a small community where a seemingly normal world is silently festering with the sadism of fathers and the anger of diligent, desperate children.

The Berlin Film Festival's description is as follows... "The sweltering summer heat beats down on a sterile residential estate in the suburbs of Rome. Many a family lives here that no longer belongs anywhere. There is a mysterious sense of unease that can explode at any moment. Parents are constantly frustrated because they are not from a better suburb, and the kind of middle-class life they had hoped for is beyond their reach. But their children are the real protagonists of the shock wave that propels the entire estate towards collapse. The D’Innocenzo brothers, whose first feature film La terra dell’abbastanza was one of the discoveries of the 2018 Panorama, have created a wild and astonishingly mature film that combines the bitterness of Kurt Vonnegut’s vision of America with the kind of folksy, humane sense of irony familiar to us from the work of Sergio Citti. An almost atavistic rage glimmers in the relationships and events portrayed in the directors’ rigorous mise-en-scène. An unreliable narrator guides us, sweetly and sarcastically, through this dark fairy tale. A story about women and men who see their hopes and dreams falling by the wayside all too soon."

We'll keep you updated on when the film will be available stateside.

Gianni Di Gregorio's Lontano Lontano (Citizens of the World) premiered at the Torino Film Festival in November and opened in Italy on February 20. The film marks Ennio Fantastichini's last role. The actor passed away on December 1, 2018.

Lontano Lontano follows three Italians in their seventies, all dealing with their own problems, who suddenly decide to quit their community life to settle abroad. The Professor, retired after teaching Latin his whole life, is getting bored. Giorgetto, one of the last true Romans, struggles every month to make ends meet. Attilio, a hippie antique dealer, wants to experience the emotions of his youth again. The only decision is where to settle.

Inspired by conversations which led to the publication of the anthology Stories from the Eternal City, Gregorio cowrote the screenplay and made sure to pay homage to his beloved hometown of Rome. We'll keep you posted on the film's availability in the U.S. Perhaps this one will make it to Open Roads: New Italian Cinema in June! 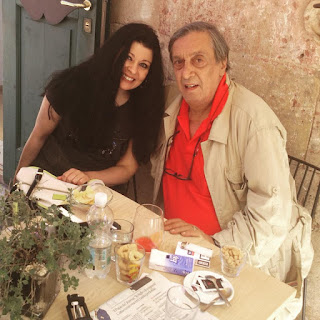 Flavio Bucci has passed away. Bucci was a masterful character actor who rose to fame in the late 1970s with roles in Dario Argento’s Suspiria and the successful television series Ligabue and Martin Eden. He worked steadily through the decades dividing his time between the stage, film and television.

In 2008, he played the role of Franco Evangelisti in Paolo Sorrentino’s Il Divo and in 2016, starred in Antonio Andrisani and Pascal Zullino’s satire shot in Matera, Il vangelo secondo Mattei. I met him in 2015 while he was shooting that film. We met at a cafe with the crew and he seemed so happy with his aperitivo being adored by these young filmmakers who were so honored to have this maestro in their film.

In 2018, those filmmakers along with Marco Caldoro and Riccardo Zinna, made a documentary film about Bucci’s life that premiered at the 2018 Rome Film Festival. The film, Flavioh, is a labor of love by a group of filmmakers paying homage to one of their idols. Click here to read my interview with Caldoro about this documentary film.