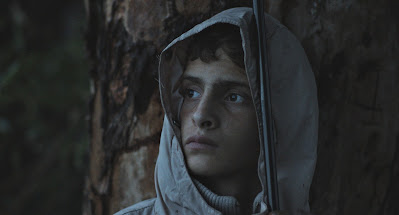 Having just premiered at the Venice Film Festival, the documentary film was shot over a three-year period along the borders between Syria, Iraq, Kurdistan and Lebanon. Rosi gives voice to a human drama that transcends geographical divisions and time, with encounters and images of the life that is impacted by the continuous tragedy of civil wars, brutal dictatorships, foreign invasions and interference and living in the shadow of ISIS. We hear it in the mournful cries of mothers, in the stammering of permanently wounded children and in a play about the senselessness of politics performed by patients in a psychiatric hospital. Rosi presents us with different stories that go beyond the conflicts.

Click here to purchase a ticket in TIFF's virtual cinema and here for the New York Film Festival. (Scroll down to the films available on the 18th) Click here to read a review by Indiewire. 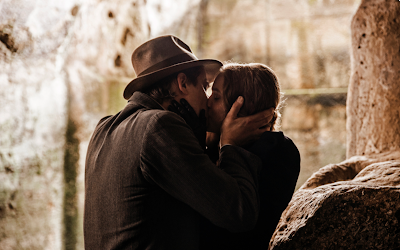 Pietro Marcello’s long-awaited US premiere of "Martin Eden" will take place on October 16 in theaters and virtual cinemas.
When unskilled laborer Martin Eden meets Elena, the daughter of a wealthy industrial family, it's love at first sight. The well-educated, refined young woman soon becomes an obsession for Martin who hopes that his dreams of becoming a writer will help him rise above his humble origins to be able to marry Elena. With determination and at the cost of great hardship, Martin sets out to get the education that his class has never allowed him to receive. Finding support in an older friend, left-wing intellectual Russ Brissenden, Martin soon gets involved in socialist circles, leading not only to political reawakening and destructive anxiety, but also a conflict with Elena and her bourgeois world.
Click here to read our interview with director Pietro Marcello. 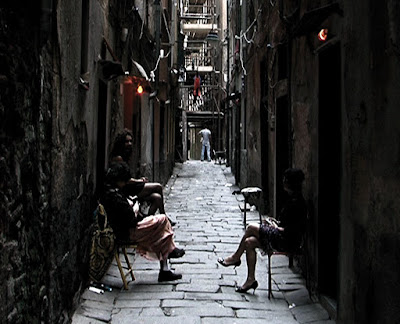 Perhaps to coincide with the release of "Martin Eden," Marcello's acclaimed 2009 film "The Mouth of the Wolf" will open for a virtual theatrical release also on October 16 through Film at Lincoln Center and other theaters.
The film follows Enzo as he returns to Genoa after a lengthy absence. He crosses the city in search of places he remembers from before but they have been inexorably changed by passing time. He finds Mary waiting for him at the small house in the ghetto of the old city. His life-long companion, she has been waiting for Enzo to return from the prison where he was serving time.
A great opportunity is being offered by the Centro Nazionale del Cortometraggio (Italian Short Film Center of Torino) and the Italian Ministry of Foreign Affairs.  Watch one short Italian film a week for 10 weeks free of charge! The 2020 edition of "10 Shorts Around the World" features ten Italian short films available to stream.
You can watch these films in the United States thanks to the Italian Cultural Institute of San Francisco. Click here to register on the institute's website.  Click here for more information on the program.
CINEDAY is a weekly event and there are only 300 virtual tickets available for each film.
The Istituto Italiano Cultura SF has resumed the film series, which features ten Italian contemporary films, available to the first 300 people who register. Tickets are free of charge but you have to register every Sunday. The first virtual screening filled up very quickly. Click here to register as soon as the links for each film become available.
Luca Guadagnino's much anticipated HBO series "We Are Who We Are" has just premiered. The coming-of-age series from follows two American teenagers as they explore their true identities while living on a military base in the seaside town of Chioggia, Italy. Click here to stream it.
We are also waiting on a release date for Edoardo Ponti's new film that will star his mother, the divine Sophia Loren along with veteran Italian actor Renato Carpentieri. Follow us on Twitter and Facebook for details on the virtual screenings.
at September 08, 2020