Ten Italian Films to be shown at MOMA NYC 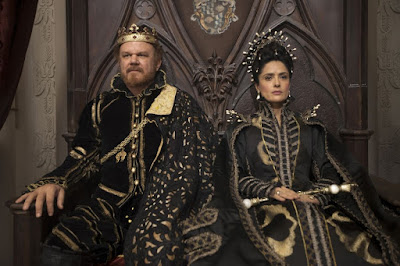 New York’s Museum of Modern Art will celebrate Italy’s Rai Cinema with a screening series set to kick off on December 4 with the U.S. bow of Matteo Garrone’s English-language fantasy/horror film “Tale of Tales” segued by nine other high-profile Italo titles co-produced by the powerhouse film production and distribution unit of Italian pubcaster RAI.

Garrone will be making the trek to New York for the U.S. launch of his freaky “Tales,” (pictured) which is based on folk myths collected and published by the 16th-century Neapolitan poet and scholar Giambattista Basile.

Pic, which made a splash in Cannes, stars Salma Hayek, Vincent Cassel, Toby Jones and John C Reilly. Its U.S. distributor, IFC, has yet to announce the stateside release date. Garrone will introduce the ambitious new work, which is emblematic of Rai Cinema’s support of visionary Italo auteurs, along with MoMA chief film curator Roy Rajendra and Rai Cinema topper Paolo Del Brocco.
Titled “Italian Film, 21st-Century Style: A Tribute to Rai Cinema” the December 4-8 MoMA event, is supported by Cinecittà Studios. The initiative entails a donation of prints of the ten selected titles to MoMA’s film archives.

“Italian cinema is gaining more visibility around the world and we are doing what we can to contribute to this,” Del Brocco said at a Rome presser.

The MoMA tribute is part of a wider initiative to promote Italo pics that will include a screening on December 5 in New York’s Florence Gould Hall of Italy’s gritty foreign Oscar contender “Don’t Be Bad,” a Pasolini-esque look at contempo low life on Rome’s outskirts, by recently deceased director Claudio Caligari.

The MoMA selection of ten films supported by Rai Cinema since it was set up fifteen years ago stands as testament to its commitment to the core of Italy’s cinematic culture and also to a progression in Italian cinema during this time, albeit with distinct stylistic differences, towards making more universal, and therefore exportable, films.

The Rai Cinema-supported titles that will unspool at MoMA, and have been added to it collection, are: