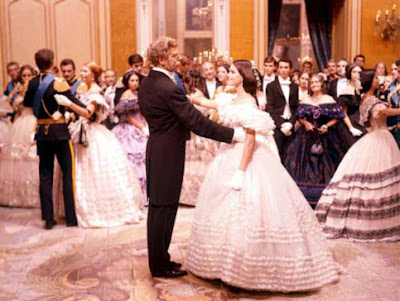 It was a who’s who of Italian American stars at the National Italian American Foundation's reception celebrating author Robert Camuto's new book, "Palmento.”  The book is a love letter to Sicily with the food, wine and culture that give the Sicilian landscape its unique character. “Palmento" offers an in-depth look at the people, climate and circumstances surrounding the production of wine in Sicily.

Originally from New York, Camuto graduated from the Columbia University School of Journalism in 1984 and went on to work as a writer and editor for several publications around the country. About 15 years ago, he picked up and moved to the south of France with his wife and son, and has been working as a travel writer and author ever since. In his first book, "Corkscrewed: Adventures in the New French Wine Country," Camuto talks about his passion for wine and his discovery of the smaller wine producers in France and their unique processes of winemaking. The book was so successful, that it was translated into French and won two literary awards. His latest book is a very personal project as he travels through his grandfather's homeland while savoring the food, wine and culture of his family's origins. During Camuto's discussion of his book in New York, he talked about his passion for the culture of Sicily and his challenges in being an objective journalist when writing about the Sicilian people to whom he feels such a close connection.

"In Sicily, we always know when things begin,” she sighed. “But we don’t know when they’ll end.”
That afternoon after lunch with Alessio and Santi at Planeta’s base of operations at La Dispenza, I asked Peppe, the foreman of Planeta’s vineyards, to drive me up to the Belice Valley closer to the epicenter of the ’68 earthquake.
A sunny, expressive man of thirty-eight (born two years after the earthquake), he carted me in his small Fiat four-wheel drive to Santa Margherita di Belice. The town was largely destroyed, and much of it was left abandoned as a new town rose up slowly next to the old one. Santa Margherita is also the location of the ancestral summer palace of Giuseppe di Lampedusa in “The Leopard” (Il Gattopardo).
Now the Lampedusa Palace- decimated except for the façade in 1968- has been made into Villa Gattopardo, a small museum exalting The Leopard and Lampedusa’s life. Peppe, who speaks no English, had- I soon noticed- the habit of triumphantly announcing in Italian what you are experiencing. And as we stood in front of the sign welcoming us to Villa Gattopardo, Peppe proclaimed, “Villa Gattopardo!”
The musuem’s overseer accompanied us, the only people in the place, up a set of stairs and flipped on the lights. Looking through the period items and photographs arranged in glass cases, we came upon Lampedusa’s original hand-written manuscripts for the only book he would ever write.
“Il Gattopardo!” Peppe said.
The neat blue script began with a description of vespers in the house of Don Fabrizio Prince of Salina as Garibaldi’s troops landed to storm the island and unify Italy under a Republican monarchy:


As it is so often true of these places, the ghosts have been evicted by kitsch touches like the waxed figures in the next room portraying a family scene from “The Leopard”- fashioned after the cast of Luchino Visconti’s epic 1963 film version starring Burt Lancaster as the Prince of Salina, Claudia Cardinale as the young muse Angelica, and Alain Delon as the prince’s nephew, Tancredi, who delivered the line of the book most often quoted in Sicily: “If we want things to stay as they are, things will have to change.”