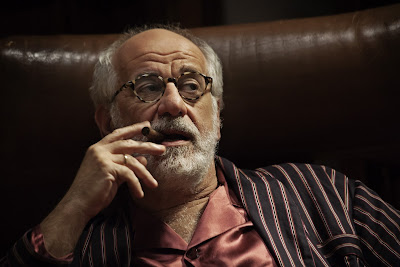 The story follows Elia (Servilo), a Jewish psychoanalyst who lives on the same floor as his ex-wife Giovanna, with whom he is still in love. After a minor illness, his doctor prescribes a physical activity to lose a few kilos. That is how he meets Claudia, a personal trainer with the cult of physique but not of mind.

The film is scheduled to hit Italian theaters April 13. We'll keep you updated on the American release date.
at March 22, 2017