Interview: Singer/Songwriter Rosmy on Her Stance Against Bullying and Why She Loves Working in Basilicata

This week, I’ve returned to southern Italy’s gorgeous region of Basilicata to cover the last couple days of Cinemadamare, a program which offers hands-on filmmaking to the directors of tomorrow. The program is aimed at young people from all over the world who participate in the program by traveling to various locations and making films. This week alone, the participants made 16 short films that were presented in a screening in Matera, followed by an award ceremony. This week, Cinemadamare gave these up and coming filmmakers the freedom, creativity, equipment and the stunning natural set of the Sassi of Matera. So in the spirit of young talent making films in Basilicata, I thought it would be the right moment to publish my conversation with a young, talented vocalist who recently made a visually stunning and socially relevant music video in Matera and other locations throughout the region.

Ho scelto essere libera (I Choose to be Free) by singer/songwriter Rosmy is about overcoming the cruelty of bullies. The lyrics deliver the important message to those who are bullied and to those cowards who take a perverse pleasure in taunting others. The message is one of ignoring the cruel words by standing up to a bully and saying, “I am free of you. Your words mean nothing to me because I believe in myself.” The universal meaning of this song can be understood in any language just by watching the poignant video and seeing the images of children on a playground being hurt by the words and actions of their peers. However, in our social media age of “Keyboard Warriors” (Guerrieri da Tastiera)- those strong in their anonymity behind a computer but cowardly when confronted face to face- the message also extends to the adult who has mentally and emotionally not left the playground and chooses to spend his or her adult life online trying to hurt others. They are also known as “trolls” and with the explosion of social media sites like Twitter and Facebook, they are in full swing.

I saw Rosmy, perform the song in Maratea last month at the Giornate del Cinema Lucana. It was a captivating performance. Between the catchy tune of the song, her strong voice and the powerful images on the screen, I was just blown away. I caught up with Rosmy backstage and chatted with her about the inspiration behind writing this song and about her affection for her roots in Basilicata.

The images and lyrics in your music video are powerful. What’s the message you’re trying to communicate through this song?
The message of the video is the communication of freedom, to believe in yourself. Always believe in yourself like I did. I was born with nothing. I worked hard building a career and slowly, by believing in what I was doing, I arrived where I am today. My work covers many topics, but especially ones that deal with important social issues. I wanted to communicate this message to young people through this video.. Don’t pay attention to the bullying. Just always believe in yourself and you will keep smiling through life.

You shot the video throughout the region of Basilicata, in beautiful places like Matera, Aliano and Maratea. Tell me about your “Orgoglio Lucano” (Lucano Pride) and why you wanted to show these landmark locations.
I wanted to make this video in Basilicata. I value the importance of my land. I am from the province of Potenza but I live in Milan now. I moved away about 10 years ago but I still very much appreciate places like Matera, Maratea and the Calanchi of Aliano, which almost seems like standing on the moon. Beautiful.. For me, to return to the land of my origins is to return to my true identity.

There has been an increase in the number of productions being filmed in Basilicata during the last few years. In your opinion, what makes the region so appealing to all these film crews, national and international?
I also have a background in theater. I was interested in acting before I realized that I wanted to express myself through music. I believe there are many very beautiful locations in Basilicata. For me, it was difficult to settle on just a few locations for the video because I wanted to shoot everywhere. But we had to choose just three. I wanted to shoot in Basilicata because aside from always being so beautiful, it’s also very different from other regions. There is vast wilderness. It’s like searching for different aspects of nature all in one place. There is the sea, the mountains, la rocca frasgliata (jagged rock formations along the coastline), the Dolomites. Basilicata has many things all together in one region. 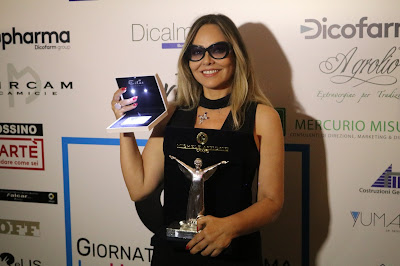 Ornella Muti was born Francesca Romana Rivelli in Rome in 1955 to a Neapolitan father and an Estonian mother. She began her career as a model during her teenage years and made her film debut in 1970 with La Moglie più bella (The Most Beautiful Wife).  Her follow-up role was in the 1971 film, Sole nella pelle (Sun on the Skin) in which she played the daughter of wealthy parents who runs off with a hippie they don’t approve of. The film offers a telling journey through Italian society in the seventies with the political climate, the breathtaking seaside as well as the styles and cars of that time.  Much of the film is set amid the sunny Italian seaside, and succeeds in capturing the innocence and beauty of first love. 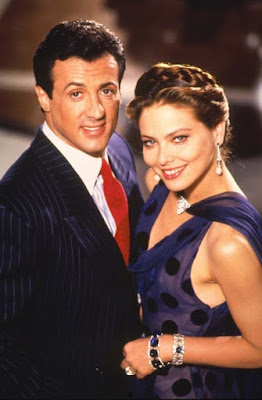 Muti made her American film debut in 1980 with Flash Gordon. She played the role of Princess Aura.  She’s appeared in two other American films, including, Oscar, which was directed by John Landis and featured Don Ameche, Chaz Palminteri and Sylvester Stallone. In 1992, she was part of the all-star cast of Eugene Levy’s Once Upon a Crime.  Since then, she’s chosen roles mostly in Italy and France.

Muti’s range is impressive. Although she’s been granted such titles in her films as "appasionata" and "bilingual lover", her extraordinary beauty does not keep her from playing roles that focus more on her the soul and conflicts of her characters. She’s naturally funny and brings to her roles a subtle sense of humor. This was most apparent in Lo zio d’America in which Muti acted opposite Christian De Sica. The story highlights the usual drama found within any given Italian family and the whole host of unfortunate circumstances and coincidences that follow the protagonist. The film earned such rave reviews, a sequel was made and aired shortly thereafter on RAI Italia.

Muti has three children. Her oldest daughter, Naike Rivelli, is following in her mother’s footsteps. The 32-year-old actress works mostly in Italy and Germany, and is versatile with the projects that she accept, taking on thrillers, dramas and the occasional period piece. She received positive reviews for her role in the 2008 horror flick Open Graves about a group of surfers who discover an old board game that claims a life every time it's played.

These days, Ornella Muti is enjoying her social media celebrity status. She posts pictures and videos of old films, nostalgic memories, her beautiful family and special appearances. She recently received an award for her diversified career at the Giornate del Cinema Lucano, an annual film festival, which takes place in the gorgeous seaside town of Maratea in southern Italy. That's where I had the pleasure of meeting her. Although I was a bit star-struck, having watched her movies for some 20 years, she was gracious in posing for a picture with this nutty American fan. I've read on several websites that she has a home in Russia and is looking to obtain citizenship. I recommend  checking her out on Instagram, where you can follow her many fun and zany mother-daughter adventures with Naike Rivelli.
at August 17, 2017 No comments: