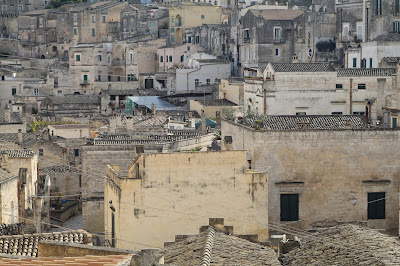 CLICK HERE to watch my documentary Return to Lucania on Vimeo. It's the story of the early 19th century southern Italian immigrants. Through cinema, interviews and historical footage, we examine the conditions which led them to flee, the challenges they faced when arriving in America, and the modern travel destination their land has become today.

Here are the Italian films in the lineup of the 2019 Berlin Film Festival...

Agostino Ferrente's Selfie is the story of two Neapolitan teenagers who film themselves with an iPhone to tell about their difficult neighbourhood, their daily life, the friendship that bonds them together.

Federico Bondi's Dafne is the story  of a woman with Down syndrome who is coming to terms with the death of her mother while caring for her father.

Adapted from Roberto Saviano's best-selling novel, La Paranoia del Bambini was directed by Claudio Giovanese and speaks of the world of teenage crime bosses in Naples as they compete for power.


The Disappearance of My Mother by Benjamin Barrese is the story of his mother, Benedetta, an iconic former fashion model. Benedetta Barrese rose to fame in the 1960s as a muse to artists Andy Warhol, Salvator Dali, Richard Avedon and Irving Penn. As radical feminist in the 1970s, she fought for the rights and emancipation of women. But at the age of 75, she became fed up with all the roles that life imposed upon her and decided to leave everything and everybody behind, to disappear to a unknown place as far as possible from this world.

Hiding behind the camera, her son Beniamino witnesses her journey. Having filmed her since he was a kid in spite of all her resistance, he now wants to make a film about her, to keep her close for as long as possible – or, at least, as long as his camera keeps running.

The making of the film turns into a battle between mother and son, a stubborn fight to capture the ultimate image of Benedetta – the image of her liberation.

The film will premiere in the World Cinema Documentary Competition.


Here in North America, two Italian films have made the official lineup of the 2019 Sundance Film festival.

Loris Giuseppe Nese's Those Bad Things is the story of a daughter whose parents made bad decisions during her childhood. Set in the suburbs in the region of Campania, the days go by slowly as she copes with the consequences of her parents' choices.

The 11-minute short will be shown in the festival's International Narrative Short Films section.

Click here for more information about the Sundance Film Festival.
at December 23, 2018 No comments:

A delegation of Indian filmmakers, led by actor Kabir Bedi, recently scouted locations in Italy's southern region of Basilicata. The presence of the beloved Indian actor, perhaps best known for his television drama Sandokan, put the spotlight on the beginning of a cinematic relationship between Basilicata and India. That partnership officially began in Maratea last year when Bollywood execs traveled to the coastal town to launch the "Namaste India" project with the Lucana Film Commission, aimed at shooting films in Italy.

Click here to read our original article about Indian cinema made in Italy.

The fascination with Basilicata by Indian crews perhaps began two years ago in the Sassi of Matera when television crews shot the beauty pageant Miss India Italy. The production captured the intrigue of Indian producers who made their commitment to filmmaking in Basilicata with "Namaste India".

In a Twitter post, Bedi wrote, "DEEPLY TOUCHED by the love I feel from the people of #Italy. Here’s a joyous encounter in the small town piaza of Vicerno in Basilicata, which I visited a few days ago. Can I ever thank the Italians enough?" Click here to see the video he posted.

In another post while visiting Castelmezzano, he wrote, "FAIRYTALE BEAUTY of #CastelMezzano in #Basilicata, #Italy, a town carved out of the rocks that surround it, took my breath away."

We'll keep you posted on upcoming Indian productions. In the meantime, check out this video of Bedi's visit by the news outlet TRMH24 Basilicata.