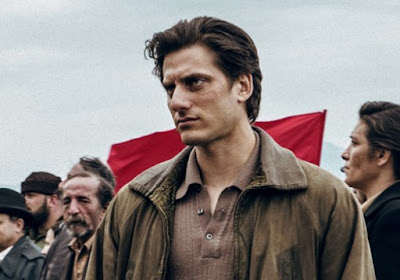 The Toronto International Film Festival just announced that its Closing Night Platform film will be Pietro Marcello’s Martin Eden. The film will also be shown at the New York Film Festival, which will be its U.S. premiere.


Pietro Marcello’s highly anticipated film, Martin Eden, is being mentioned as a likely selection for the 2019 Venice Film Festival.

Starring Luca Marinelli, the film has been called "a loose adaptation" of Jack London’s novel. "Like the characters of Hamlet and Faust, Martin Eden is a somewhat failed hero," the director explained in an interview with Cineuropa. "We transposed the novel into modern-day society and into a story which takes us through different time periods."