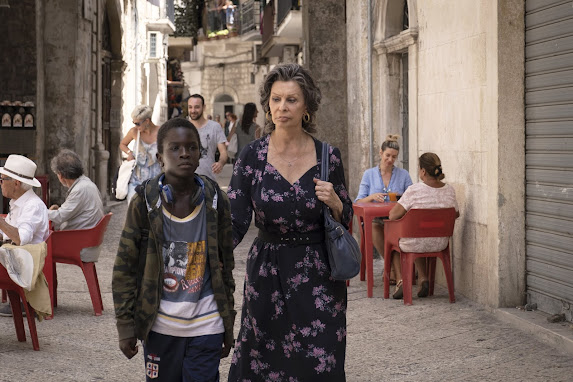 The date has finally been released! Edoardo Ponti’s new film starring his mother, Sophia Loren and actor Renato Carpentieri, will premiere on Netflix November 13, 2020 and there is already Oscar buzz for Loren's performance.

Based on the novel "The Life Ahead" by Romain Gary, Ponti cowrote the screenplay with Ugo Chiti. The film follows Momo, a Senegalese orphan boy who is about 10 years old. He is cared for by an elderly Jewish woman named Madame Rosa, who was a prisoner at Auschwitz and later became a prostitute in Paris. In their Paris apartment building, Madame Rosa made a small hideout in a cellar where she keeps artifacts of her Jewish heritage. The young boy tells the story of his life in the orphanage and of his relationship with Madame Rosa as her health deteriorates.

Bookmark this link to stream "The Life Ahead" on Netflix.. https://www.netflix.com/title/81046378

In the meantime, let's revisit a few questions in my 2012 interview with Ponti on the occasion of his premiere for "The Nightshift Belongs to the Stars" at the Tribeca Film Festival. We talked about this very special mother/son collaboration and what it was like growing up with two cinema icons for parents. 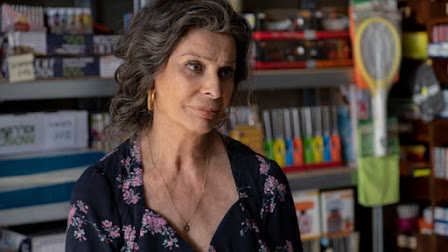 Let's talk about your family. What was it like growing up with two icons as parents? Did you feel like a regular kid, or did you feel that there was really something extraordinary about your household and your childhood?
It was extraordinary how ordinary my childhood was. That's from the intellegence of my parents. We were not a true Hollywood family. We had a group of friends that had nothing to do with film. We were raised to stay grounded and to never take anything for granted.

Your mother and your wife have had leading roles in your films. What are those collaborations like?

My father produced many of my mother’s films, so working with loved ones is natural for us. They are actors that I admire and they are part of my family, so it's quite natural for me and it's helpful in finding the right words to communicate. The lines of communication are already well-oiled and open.

I grew up watching your mother in films. I've seen her interviews, cooked recipes from her cookbook, and adored her for as long as I can remember. Tell me something, please, about Sophia Loren; the mother, the person and the woman when the cameras are off.

What's amazing is how grounded she is. She never allowed us to be seduced by her success or believe in the glamour of her profession. She is a woman who lives for her family and for her own personal growth. She has an enormous appetite to work and to tackle roles that she has not yet tackled.  It is beautiful for us to look up to our mother and admire the woman that she is.. and I truly do. She is an exceptional human being.

You've had several roles throughout your lifetime: the son of icons, brother, husband, father, filmmaker. Do you feel that any of those roles stand out in defining you? The sum of everything I have is the total of everything I've done. There is no question that the most important role is my role as father. In the end, I am putting into the world two people and I am responsible in helping them grow up and also giving them enough space to be become their own people. It's a big responsibility.

Click on the image below to stream Ponti and Loren's 2002 film, "Between Strangers" on Amazon Prime. Click here to stream it on Vudu..

He was nearly 50 years old when he made his feature film debut. Some thirty years later, he is one of Italy’s most beloved character actors....