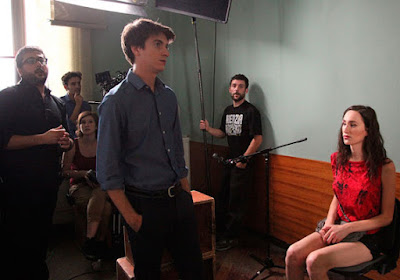 “One day, around the same time I entered into discussions over my first film with Tempesta, I walked into the Banco dei Pegni and was struck by how meaningful and lively this ‘debt office’ was”, said the director. “I spent a long time exploring the impact of financial pressure on people’s lives. The Banco dei Pegni became a place of observation for me for several months. Through dialogue, the relationships people have with objects and individual stories, I wanted to paint a tragic yet grotesque picture. I hope I have succeeded in my film in making this place into a metaphor for a society built on the eternal conflict between the debtor and creditor”.

“We got in touch with Irene Dionisio after seeing her documentary short La fabbrica è piena and there was an immediate understanding between us that we wanted to work together to recount the present”, said the producer Carlo Cresto-Dina. “Le ultime cose is another Tempesta film, which was born from in-depth research on the ground, fifteen re-writes of the screenplay, and a casting and coaching process which went on for months”.