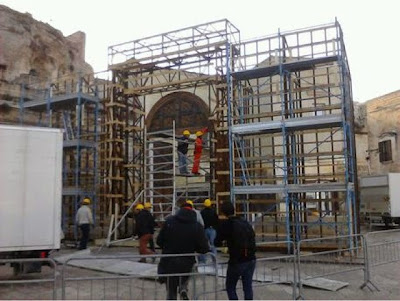 The magical atmosphere of the historic Cinecittà is making its way south to the Sassi of Matera, where Monday, February 2nd will mark the first take of the remake of "Ben Hur". The event is drawing scores of tourists, students and locals alike who are flocking to the city of Lucania. Intrigued by the Hollywood crews, crowds are taking pictures of the "work in progress" for the construction of the sets that, for over a month will transform the Sassi into a great natural set. 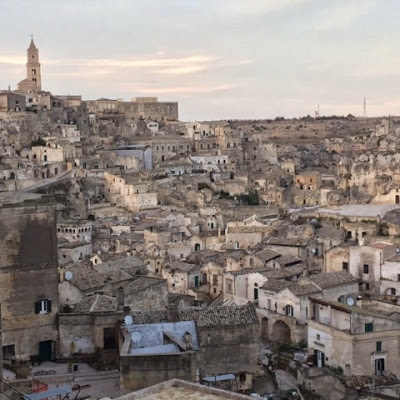 This comes as Rome's Cinecittà Studios is reliving its glory days with a slew of Hollywood productions set to be filmed at the famed location, including the remake of Paramount and MGM's epic film, "Ben Hur."

Three U.S. productions are currently underway at Cinecittà. "Christ the Lord: Out of Egypt," is based on Anne Rice's best-selling novel about young Jesus as he discovers his real identity. Directed by Cyrus Nowrasteh, the film is based at Cinecittà and is also being shot on location as "Ben Hur" in the southern region of Basilicata, where Mel Gibson's "Passion of the Christ" was made. The other is U.S. indie thriller "Voice From the Stone," starring Emilia Clarke of "Game of Thrones" fame. A portion of the upcoming James Bond film is also among high-profile films scheduled to shoot in Rome early next year.

Perhaps the most high-profile of them all is the remake of "Ben Hur," which will begin shooting in February. The film will be directed by Timur Bekmambetov with "Boardwalk Empire" star Jack Huston in the title role, which was originally played by Charlton Heston. According to a statement released by Cinecittà, production designer Naomi Shohan will be reconstructing ancient Jerusalem on the Cinecittà back lot for the four-month shoot. Morgan Freeman is also associated to the project. The script was co-written by Oscar-winning "12 Years a Slave" screenwriter John Ridley along with Keith Clarke, who sold the original script to MGM.

Plans for MGM's 24th James Bond include high-speed car chases through the streets of Rome, and Bond parachuting down onto the ancient Ponte Sisto Bridge on the Tiber River.
at January 21, 2015