Francesco Rosi to be Honored at Indiana University Film Symposium 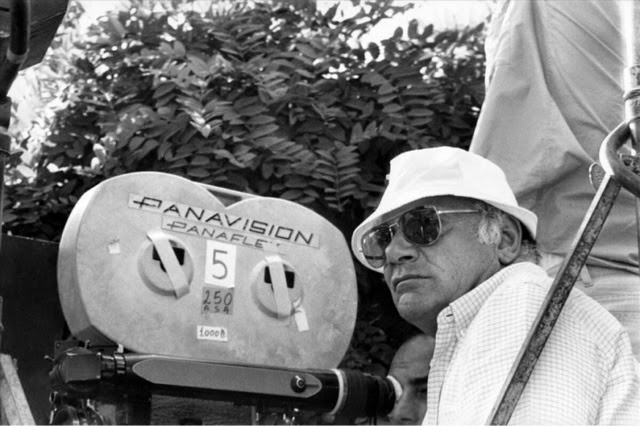 On January 10, 2015, the world said goodbye to one of the most innovative filmmakers it has ever seen, Francesco Rosi. Sadly, he was to make a visit stateside in April where he was to be honored as this year's artist in residence at Indiana University's annual Symposium on Modern and Contemporary Italian Cinema.

Born in Naples on November 15th, 1922, director, Francesco Rosi studied law but always had a passion for film. In 1948, he put his law degree aside and leaped into the film industry as an assistant for the legendary director Luchino Visconti. Four years later in 1952, he debuted as a director with his own film, Camicie Rosse (Red Shirts). It proved to be a successful debut and caught the attention of international audiences. However, it was his 1958 film, La Sfida (The Challenge) that solidified his place in the industry as a director and paved the way for more politically driven films with strong social statements.In a career that has spanned more than half a century, Rosi has made less than two dozen films.

When asked why he wasn't more prolific in his filmmaking, he had this to say: "It takes time to pick the subject I wish to deal with and the way to do it. The films that I have made stem from my own urges, ideas and proposals. It takes time to decide on a subject for a film that is going to take one and a half years of your life to make." Perhaps that is why his films are so intense and filled with passion and meaning.  Let's take a look at a few examples.

Made in 1962, Salvatore Giuliano is the tragic true story of a Sicilian peasant whose social status led him to become an infamous bandit. He has been just as controversial in death as he was in life. He’s been compared to Robin Hood, as he was known for helping poor villagers by taking from the rich. Rosi told his story in an epic film that showed the harsh realities of a peasant and the plight to preserve one’s pride and acquire the basic needs for survival. The story in Rosi’s film takes place right after the liberation of Sicily. Never before was Sicily represented in film with such exact realism and attention to detail. This stems from a fair and historic judgment of the Giuliani case on Rosi’s part.

Inspired by true events, Cristo si è fermato a Eboli (Christ stopped in Eboli) is the story of Carlo Levi, a painter and doctor ordered into forced residence by the fascist government of 1935, and sent to a remote village in Basilicata. The 1978 movie was adapted from a novel written by Carlo Levi himself, and shows the desolate land and simple living by its inhabitants. When Levi got off the train, he was shocked to see such a culture still existed. It seemed time had stopped hundreds of years ago. But he adjusted to their way of life and used his skills to make their lives easier. Although the plot is driven by political events, it's a story about human struggle and how one man can make a difference.

Tre Fratelli (Three Brothers) is a touching story covering three generations. When Donato, an elderly peasant, is left alone in his farmhouse after the death of his wife, he telegraphs the news to his three sons, who have all moved to different cities for work. Upon learning the sad news, the three make their way home to meet at the farmhouse. The night before the funeral, they all stay up to talk about their memories, their fears, their dreams and their lives as adults. The film was made in 1980 and the conversation between the brothers focuses on contemporary issues, so it really offers a glimpse into life in the south during that time. Tre Fratelli earned an Academy Award nomination in 1981 for Best Foreign Film.

In the last years of his life, Rosi showed no signs of slowing down. He was a regular at film festivals around the world right up until the end- whether offering his expertise as he did when he teamed up with director Giuseppe Tornatore for a "Lezione di cinema" at the 2013 Taormina Film Festival or when he was honored at the 2007 Berlin Film Festival where he received the Golden Bear award for Lifetime Achievement.

﻿Watching a Francesco Rosi film is like traveling back in time. His work offers rare insight into the lives of his characters in circumstances often based on or inspired by real life events.
at March 20, 2015