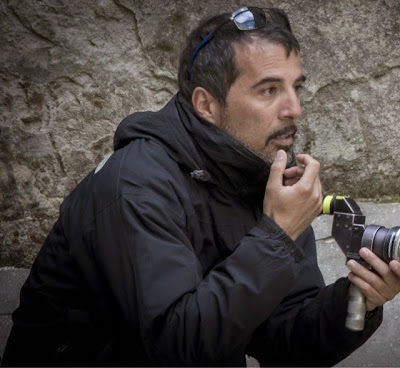 "Anime Nere" is a dark tale set amidst organized crime in a small town in Calabria. The focus is on the rivalry between two families and the generations it has destroyed. Adaped from Gioacchino Criaco’s novel by the same name, the story is one of desperation in which characters are left with a complete void of hope for the future. The film is making its Chicago premiere this weekend at the 18th Annual European Union Film Festival. I caught up with its director, Francesco Munzi.

The movies that you've made- "Il resto della notte," "Saimir" and now "Anime nere" speak of corruption, immigration and organized crime. What fascinates you about these themes in society?
I like speaking about minorities and immigration. The people of the south are also minorities, especially in this small mountain village. Often, the characters of the film spoke in dialect, and even the Italian version needed subtitles. When I speak of themes like crime and drug trafficking in my films, it's easier to demonstrate humanity where there is always a fight between good and evil.

Why did you want to tell the story of "Anime nere?"
I read the book while I was working on another script. I loved the book so much, I stopped working on the other project and immediately got to work on "Anime nere." 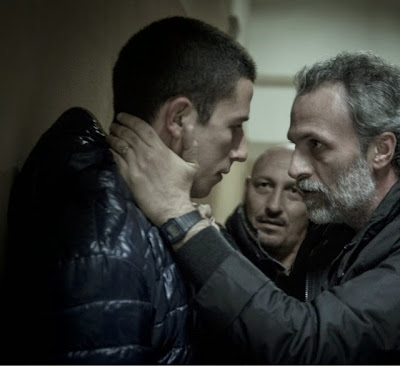 What did you love about the book?
I love that it speaks of a wild, mysterious world where this Calabria mafia, 'Ndrangheta was born. It's a mafia with two faces- one in the agriculture of the mountains and the other in big city finance. I tried and succeeded to shoot the film in the real village, which is considered one of the most dangerous regions of Italy.

Did the locals give you any problems while you were shooting?
No because they knew the author of the book, Gioacchino Criaco. He comes from that town, so everyone was supportive because they considered it our project, not just mine. And they understood that it was a fictional film, not a documentary, so they cooperated with us, and many locals appeared as extras in the film.

What was the reaction to the finished product?
We screened the film in the town and I was afraid of the reaction, but the mafia was silent. The rest of the population felt that we were doing something positive by making a film, so they were happy.

How have audiences outside Italy reacted to the film? Do they understand the severity of the story or do people see it as just another mafia movie?
For marketing reasons, the promoters speak generally of the mafia. But when the audience see the movie, they understand that it's not a gangster movie. I speak of the relationship between brothers and that within a crime family, not everyone is corrupt. It's a story of humanity and how a father wants a different life for his son. 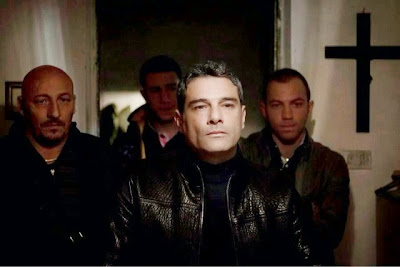 The performances of your actors were outstanding. Tell me about Luigi. Marco Leonardi seemed to give the character a lightness and sense of humor even in the middle of conflict. Did you and the other writers create Luigi with this quality or is that something that came through Marco's interpretation of the character?
When an actor meets a character, something always changes. Marco was born in Calabria, so he knew the dialect and also knew the location. So he was great in the role of Luigi because I wanted to create a bad guy, but also someone that could be empathetic with the audience. I don't like when characters are all black or all white. I tend to change the script after the actor has been chosen for the role in order to find an equilibrium. It's important to find realism and truth on screen.

What is the message of this film?
Well I didn't put a character in the film that would resolve the problems, like someone from law enforcement or government. It was important to me to have that character come from within the family to fight against their own war. Luciano wanted his son to be different than his brothers but in the end, he didn't succeed, so he wants to cut the connection. I wanted to show the different shadows within a family. Just because the family is associated with organized crime, that doesn't mean that every family member is corrupt.

"Anime nere" is currently traveling the Midwestern European-themed festival circuit and will be released nationwide on April 10th. Listed below are some confirmed cities and theaters.. Check your local listings for a theater near you.