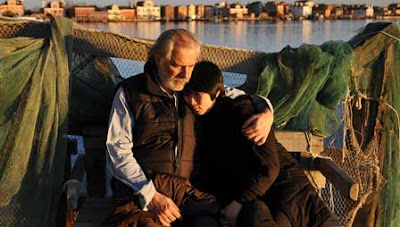 Andrea Segre’s Shun Li and the Poet has won Best Film at the first Fred at School initiative, voted for by students. This was announced at the first ever Fred at School “Building New Audiences for European Cinema” conference, held in London on 2 July. The other nominees, shortlisted from the European Parliament’s LUX Prize competition, were Olivier Masset-Depasse’s Illegal, Filippos Tsitos’ Akadimia Platonos Gabriela Pichler’s Eat Sleep Die. Shun Li co-writer Marco Pettenello was present to acknowledge the honor, and in his remarks he lauded the short-listing of a Greek film and said that Greece belongs in the European Union. 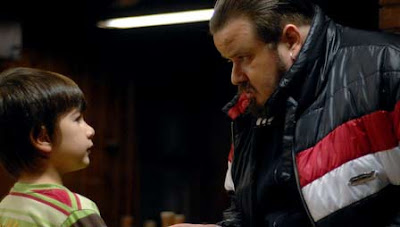 Shun Li works in a textile factory in the outskirts of Rome, in order to get her papers and enable her eight-year-old son to come to Italy. She is suddenly transferred to Chioggia, a small city-island in the Veneto lagoon, to work as a bartender in a pub. Bepi, a Slavic fisherman, nicknamed “the Poet” by his friends, has been a regular at that little pub for years. The friendship between Shun Li and Bepi upsets both the Chinese and local communities, who interfere with this new voyage, which they are perhaps simply too afraid of.
Fred at School is an educational audience development project supported by the European Union’s Creative Europe programme and presented by Fred Film Radio to raise awareness of European films and culture among young people. This year, students with a mean age of 15, from schools in the UK, Germany, Italy, France, Spain, Croatia, Romania and Iceland, participated. It is an inclusive project with films made accessible to visually and hearing-impaired audiences, and the films selected were age-appropriate and with subject matter relating to issues of European citizenship.
- www.cineuropa.org﻿