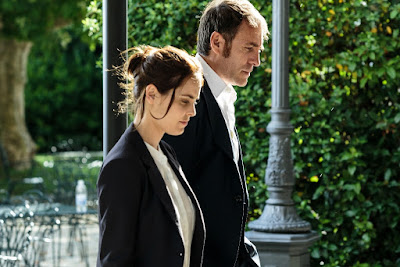 Director Gianni Zanasi is presenting his newest film this week at the Torino Film Festival. La felicità è un sistema complesso (Happiness is a complex system) is the story of Enrico Giusti’s (Valerio Mastandrea) whose job is to approach irresponsible managers who risk ruining their companies. He frequents them, he becomes their friend and he convinces them to leave their company, thus avoiding bankruptcy. It’s the strangest and most useful job he could invent for himself and Enrico doesn’t miss a trick. One morning, the parents of an eighteen-year-old boy and his thirteen-year-old sister die in an accident. The siblings are set to become the directors of a nationally-important industrial group. Enrico has to prevent this from happening: it should be an easy case, the crowning achievement of his career, but things get complicated. And the unexpected arrival of the foreign girlfriend of his brother makes things even more difficult. But actually, this is the case the man has been waiting for and which will let him change his life forever.


In a festival statement, Zanasi explains, “I felt it was a film which didn’t talk so much about ‘chief systems’ as about something precise and tangible which I have perceived and felt as a base note in and around me over these past years: the effort of change, both from a collective and a personal point of view, and how these planes are intertwined. As they say, Happiness is a complex system.”  The film boasts an A-list cast, headed by Zanasi's usual suspects Valerio Mastandrea and Giuseppe Battiston along with actress Hadas Yaron. 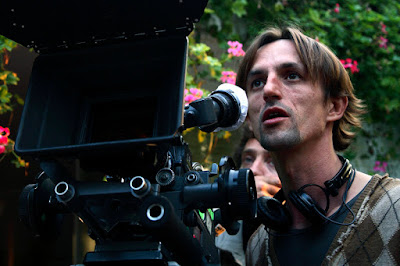 Born in Modena in the summer of '65, Zanasi is one of Italy's more low-key directors. He makes films at his own pace and they are usually inspired by personal experiences. I had the pleasure of interviewing him when he was in New York City presenting his last film, Non pensarci (Don't Think About It),which also starred Valerio Mastandrea. The film recounts his love of music and combines that affection with his passion for film. The product was a fast moving drama with some serious comedy relief and a soundtrack like no other. Non pensarci is the story of Stefano, a punk rocker a little down on his luck, who returns home for some R & R and finds each member of his family on the brink of a crisis. So, Stefano dives in head first and does his best to get things back on track.

When I interviewed Zanasi, he talked about the inspiration behind Non pensarci and the American filmmakers who have influenced much of his work.


How did you come up with the story of Non pensarci?
Well, the story is mostly autobiographical and I love the idea of family, that in order to restore its own balance, needs a failed punk rocker!
So you're a musician and filmmaker, what is your first love, film or music?
Wow, that's a good question. (laughs) For me, it could be both.


When did you realize you wanted to make films?
Well, the first films I saw when I was young made a big impression on me. I was about 10 years old and I saw them on television. There was one retrospective of American movies from the 1970's, which included the first movies of Coppola, Spielberg and Scorsese. I didn't understand them too well, but their sound and images always stayed with me.

Would you say those filmmakers impact your work today?
Yes, one of the interesting things about those films of the 70's is the attention they paid to the idiosyncrasies of the individual and their focus on the anti-hero because no one is really heroic in these films and they're always kind of tripped up by situations in life. What's interesting is the way they're able to take these sort of tumbles and transform them into something spectacular.  One of the best examples of this is Close Encounters of the Third Kind.  I think one of the great advantages these filmmakers had was that they were not trapped in the kind of ideological contrasts in which most European filmmakers were trapped; either having to be capitalists, communist, right-wing or left-wing. I think that by bypassing that kind of contrast, they were able to tell their stories and to focus on anti-heroes. What was great about them is that they made it through the decade in tact. I think, for example, that one of the best things about Close Encounters of the Third Kind is that it brings together the best of the European cinema of the 1970's with the French actor, Francois Truffaut, and the best of American cinema in its attention to production value and narrative force of the story, and clearly we see this with Truffaut as one of the actors in the film.


What do you think of the films being made in Italy today compared to those of the Golden Age? Do you think they are reminiscent to neorealism at all, as they seem to be very character-driven stories that mirror contemporary Italian life?
Well the Golden age is the past. In Italy today, there's this quality about the characters and the lives of the people that is a sort of neorealism, not in the way it looks at society so much, but at psychology. By comparison to the classic view of neorealism, we have shoes, we have tv's, we don't rob bicycles. Things have changed, but what has remained of that sort of neorealistic sensibility in that we seek realism in relationships with other people and in emotions. What I try to do is take a very realistic approach to the psychology of a supposed very normal person and what comes out instead is extremely interesting. No one is normal, we are all a little crazy and I think this also makes for a very interesting story!
La felicità è un sistema complesso is in the Mobile 2015 section of the Torino Film Festival. It will make its public premiere tomorrow, 22 November at 7:30 PM. The screening will be introduced by Gianni Zanasi and actors Valerio Mastandrea, Hadas Yaron, Giuseppe Battiston, Filippo De Carli, Camilla Martini, Paolo Briguglia, Maurizio Lastrico and Teco Celio. Check here for the complete screening schedule. It will open in theaters across Italy on 26 November.