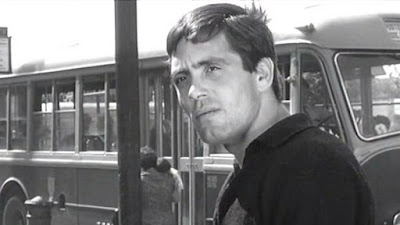 Franco Citti, who has died aged 80, made a memorable screen debut playing the title role of a pimp in Pier Paolo Pasolini’s first film, Accattone (1961), which was inspired by several characters whom Pasolini had met in the barren areas on the impoverished Roman outskirts.

Franco was one of the non-professionals cast in the film after Pasolini had met him through his brother, the writer and director Sergio Citti. The producer Alfredo Bini, who took over Accattone after its stuttering start with Federico Fellini’s production company, accepted Pasolini’s choice of Franco, but insisted that his dialogue be postsynched by a professional, something that Pasolini later regretted. However, Franco’s extraordinarily expressive face was more important than his voice in the film which, respecting the director’s love for Masaccio’s paintings and the films of Carl Theodor Dreyer, made much use of close-ups.

Franco had a natural acting talent, especially when playing a role suited to his temperament. George Cukor said once when shown a screen test of the young Gary Cooper, “He can’t act but the camera will fall in love with his face.” Unlike Cooper, who learned to act, and became a member of the Hollywood community, Franco remained an outsider to the film industry and did not need to learn to act. “I realised that if I tried to speak Italian well, or studied at a drama school, I’d be a fake,” he said.

He acquitted himself admirably in around 40 films. The only one he said he regretted was Bernardo Bertolucci’s La Luna (1979), in which he played a gay man who tries to pick up a drug addict in a Roman bar. He was particularly pleased to have a cameo as a Sicilian bodyguard in The Godfather (1972) and he reprised the role for Francis Ford Coppola in The Godfather: Part III (1990). 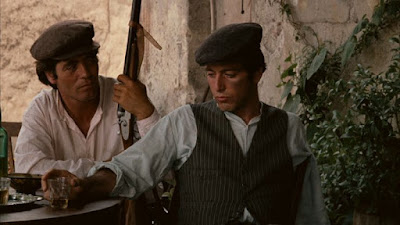 The Citti brothers were born and grew up in the Torpignattara district of Rome. In his book Vita di un Ragazzo di Vita (Life of a Boy of Life, 1990), Franco recalled his dismal family background and used scurrilous words to describe his mother, whom he blamed for his being sent in his early teens to one reform school after another in order to get him out of the house. But both he and Sergio had great respect for their father, who had been an anarchist and with whom they worked as housepainters. When he was on a job with his father in Fiuggi, Franco had an affair with a local girl who became pregnant. They wed and had two children, but the marriage did not last.

After Accattone, Franco and Pasolini reunited for Mamma Roma (1962), in which he played another pimp, this time holding his own opposite a spectacularly histrionical performance by Anna Magnani. A similar role followed in Una Vita Violenta (A Violent Life, 1962), adapted from Pasolini’s novel, but directed by Brunello Rondi and Paolo Heusch. During the following years, He appeared in several films by other distinguished directors, including Marcel Carné, Valerio Zurlini and Elio Petri. He also appeared on stage in Carmelo Bene’s bizzare version of Salomé.

In 1967, Pasolini cast him in the title role of Oedipus Rex, in which he gave perhaps his most compelling performance since Accattone, showing the right degree of raw violence and compassion for the director’s interpretation of Sophocles’s tragedy. Other roles under Pasolini’s direction were as one of the cannibals in Porcile (Pigsty, 1969); as Ciappelletto, the mocking sinner who is sanctified, in The Decameron (1971); as the devil in The Canterbury Tales (1972); and in another demoniacal part in Arabian Nights (1974).