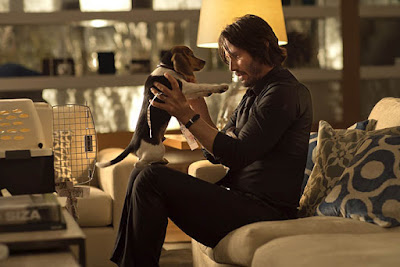 - According to the Hollywood Reporter, the follow-up to John Wick has been given an official title — John Wick, Chapter 2 — and a release date from Lionsgate: Feb. 10, 2017.

It's just been reported that Keanu Reeves is in Rome shooting his new film, "John Wick 2" with Italian actors Riccardo Scamarcio and Claudia Gerini. The film is an action-thriller and sequel to "John Wick". Shooting began last October in New York City. John Wick, played by Reeves, is a hitman that comes out of retirement to seek vengeance for the theft of his vintage car and the killing of his puppy, a gift from his recently deceased wife. The scenes being shot in Italy for the sequel reportedly take his career to the international level. 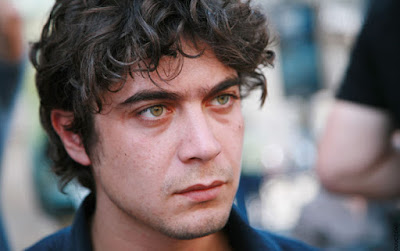 One of Italy's most recognizable faces, Riccardo Scamarcio has built a solid career based on the diversity in the roles he chooses and the intensity with which he plays them.


Born in Puglia in 1979 under the sign of Scorpio, Scamarcio has been widely recognized for his striking southern Italian looks and was labeled a sex symbol right away. That label was not all bad for him as it opened doors in his career and paved the way for him to take on complicated roles and prove that he is more than just another handsome face. He studied acting at the Scuola Nazionale di Cinema in Rome and also did some modeling during his college years. His first role was in a TV mini-series in 2001, and his first feature film role in was in Luca Lucini's 2004 hit, "Tre metri sopra il cielo" (Three Steps Over Heaven), which solidified his teen-idol status but also gave audiences insight into the talent of one of Italy's most celebrated actors. However it was his role as Andrea Utano in Marco Tullio Giordana's 6-hour epic film, "La meglio gioventù" (The Best of Youth) that put Scamarcio on the map as serious cinematic contender. 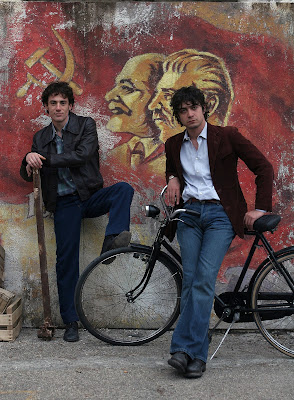 Another film that’s had much success worldwide is Daniele Luchetti's "Mio fratello è figlio unico" (My Brother is an Only Child). The 2007 film is a coming of age story that centers on two brothers with different beliefs living in turbulent times. Brothers Accio and Manrico, played by Scamarcio and Elio Germano, grow up in the 60's and 70's during Italy's restless political climate. One is communist while the other is fascist. Putting their differences aside in order to keep their family together is the biggest challenge they face. Writers Stefano Rulli and Sandro Petraglia, who also wrote "La meglio gioventù" created another well scripted film, which also serves as a history lesson about Italy's tumultuous past. Scamarcio shines as the confident, vocal brother who seems to get whatever he wants with his outgoing personality.


Scamarcio presented a quite different character in the French film, “Eden à l’Ouest” (East is West), which was directed by Costa-Gravas in 2009. With strong conviction, Scamarcio takes on the starring role of Elias, an exhausted but diligent illegal immigrant that travels through Europe in search of work. Along the way, he meets other migrant workers like himself who are just trying to make a living and support their families in the European Union. The film premiered at the 2009 Berlin International Film Festival and has won many accolades along the way, including the Critic’s Award at the City of Lights, a French Film Festival held in Los Angeles. 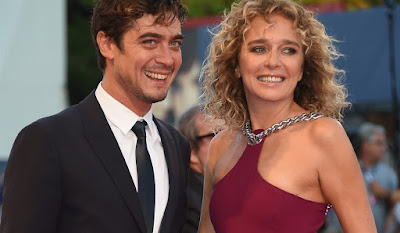 Riccardo Scamarcio makes an effort to keep his personal life private, with the exception of his relationship with Italian actress/director Valeria Golino. The two met during the shooting of their film, "Texas", which was directed by Fausto Paravidino in 2005. The gorgeous couple is a fixture on Red Carpets all over the world.

Scamarcio recently finished up a theater engagement as Romeo in "Romeo and Juliet" at the Teatro Eliseo in Rome.  In an interview with Italian Vogue, he said, "It seems absurd, but I wanted to do theater out of a purely artistic, professional need."  The play was a success and gave audiences the opportunity to see the actor perform in a much more intimate setting.
Scamarcio's films have had much international success and many are available through the internet including, "La meglio gioventù" and  "Mio fratello è figlio unico", which are both available through Amazon.
at January 18, 2016