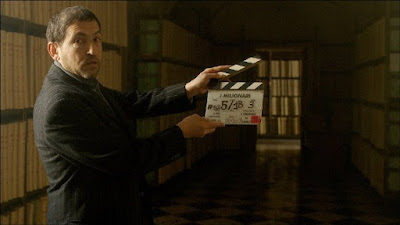 Every now and then, someone comes along and changes the way things are done.  They raise the bar to a higher standard and offer a different way of looking at life. In the case of Italian cinema, that person is Alessandro Piva. About 15 years ago, this unknown, aspiring filmmaker took his own money, recruited his brother and hired a number of local actors to make a small, experimental film called La CapaGira. The film tells the story of a group of guys doing what is necessary to make a living. Each journey is nearly the same and their conflicts in following the path are very real. There is no pretense, no glamour and no second-guessing. The intense honesty of the story and edgy style in which it was shot, went on to win the approval of audiences and critics all over Italy. Since the release of La CapaGira, the trends of Italian films shifted in a new direction. Italian filmmakers followed Piva’s lead in making smaller films throughout communities and regions outside of Rome’s Cinecittà, which resulted in a more realistic feeling and portrait of life as it actually plays out. I believe that Piva is responsible for the surge in popularity of Italian cinema outside of Italy. Independent filmmakers saw how well he did with La CapaGira, so they followed in his footsteps and today there are countless films that mirror the simplistic style of that landmark film. 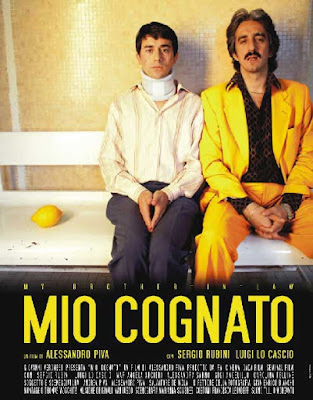 Alessandro Piva’s much anticipated follow-up film, Mio Cognato (My Brother In Law) was a huge success, further emphasizing his talent and originality as one of Italy’s most talented directors. The film co-stars two of Italy’s most versatile actors, Sergio Rubino and Luigi Lo Cascio. The chemistry between the two of them is so strong, it’s as if you are watching actual brothers-in-law interacting with each other. They are a couple of average-Joes, a little down on their luck, followed by a trail of unfortunate coincidences and shady hoodlums. The combination of Piva’s unique style of shooting, articulate direction and clever screenwriting will make you sympathize with the characters’ hardships. Furthermore, Mio Cognato has one of those shocking, unexpected endings that make you want to see the film again in order to re-connect the dots that led to such a surprise.  It is one roller coaster of a movie. You will laugh and you will cry.


Mio Cognato and La Capagira were both made in the seaside town of Bari, located in the southern region of Puglia. They document everyday life and in some cases, the difficulty of living in the south: a consistent theme with today’s new batch of Italian filmmakers. Piva’s films succeed in doing this with a sharp sense of humor carried by characters who are endearingly flawed and a bit overwhelmed with life and all of its responsibilities. The powerful simplicity of his films will make you fall in love with his Bari; his Bari because Piva shoots the scenes in and around Bari with a sentimental eye that pays homage to this city that hosted his adolescence, and in doing so has captured the strong affection he has for the Pugliese town.


His latest film, Milionari takes him to the streets of Naples to recount the life of one of the city's most notorious crime bosses. The film features a great cast of actors and is so far, getting great reviews from critics. The film will be in Italian theaters tomorrow.