Interview: Sebastiano Filocamo of Marco Bellocchio's "Blood of My Blood" 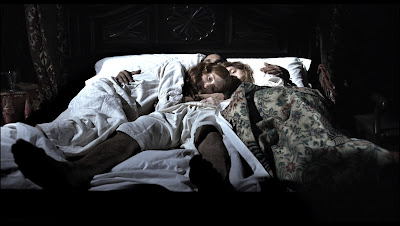 The Film Society of Lincoln Center's "Film Comment Selects Series" kicked off tonight and will run through February 24. The series will close with Marco Bellocchio's 2014 mystery, "Blood of My Blood" (Sangue del mio sangue).


It's been described as dark, troubling and enigmatic- one of the strangest and most haunting films in Marco Bellocchio's long and illustrious career. Set between two very different time periods, there are echoes of a vampire film with interlocking narratives. The film opens with a bearded man arriving at a monastery to find a nun hanging from the ceiling from her feet. Federico Mai (Filippo Timi) has come to save his deceased brother's soul after he committed suicide and therefore cannot be buried in consecrated ground unless his lover, Sister Benedetta (Alba Rohrwacher), confesses to their sin. Benedetta faces trials by water and fire- and questioning by the apostolic hierarchy. We are then projected into the present day in which a Russian looks to buy the monastery where Benedetta's torture occurred. A strange assortment of people are found living in the monastery. Among them, a Count and a woman whose husband has disappeared. But this is just the beginning of the mystery. 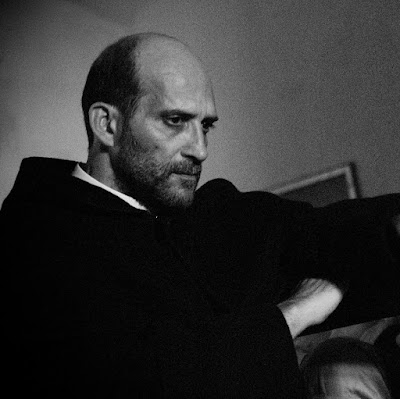 I spoke with actor Sebastiano Filocamo last September as "Blood of My Blood" was about to premiere at the 72nd Venice Film Festival. I asked him about the film, his character and what it was like to work with a true maestro like Bellocchio.


Tell me about this story and what makes this so-called haunted monastery unique?
It is set and filmed in Bobbio, a place dear to Bellocchio. My scenes were all filmed in a real convent that had been closed for decades and reopened just to make the film. "Blood of My Blood" was first a short film starring myself along with the director's brother, Alberto and inspired by some reflections of Bellocchio’s favorite themes. One of those themes, perhaps the most delicate and profound, involves a tragedy that has significantly affected the life of one of the characters, the twin brother of a character that committed suicide. It is a film where the past and present are united and where everything is not always explained or even capable of being explained.


What was it like to work with Marco Bellocchio?
For an actor like me, working with Bellocchio is like trying to build something outside of myself. Remaining credible and revealing, then interpreting the character in ways beyond thoughts and words is one of the most important things that an actor could do. I have never felt so cared for by a director. I have a lot of respect for him, so much that I didn’t want to address him in the informal Italian tense, even though he said that it was ok to do so. There were light moments off the set during lunch and dinner breaks that gave me the opportunity to spend time with him and his entire family, so I was able to get to know them. He gave me a poster of the film and I wanted to ask him to autograph it, but I didn’t want to bother him. Then a friend asked him for me, and he wrote very nice things. Just thinking about it makes me smile because it was a special and unique experience, also because some of the crew members will go on to be directors and producers like Simone Gattoni, one of the producers on this film and Bellocchio's next as well.


Music plays a huge role in Bellocchio's films. Do you feel this the case also with "Blood of My Blood"?
Music is a very important element for Bellocchio. I know that he’s worked hard on this film with the composer, Maestro Carlo Crivelli. It’s a very demanding plot that ranges from the 7th century to the present day, so the music follows the different eras.

The film is set to be shown at numerous international film festivals. Do you feel the story translates well to audiences outside of Italy?

The elements of this film- the intensity on the faces of the actors, the photography of Daniele Ciprì, the costumes of Daria Calvelli, the music, the town of Bobbio and the film’s locations- in particular the convent with the walls that tell you about the silences and the cries of years so far away from us- the poetic and the unique way in which Bellocchio tells of this pain cannot be translated literally. Instead, all of these elements will be understood by the innate senses of the viewer in the profound form of art that has no barriers.