Interview: David Cinnella, Producer of Indie Western to be shot in Basilicata 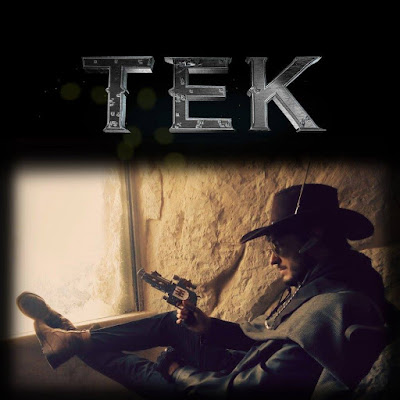 From the makers of While Web Series comes another ambitious project. This time, the young filmmakers are following in the footsteps of their iconic predecessor Sergio Leone.


According to producer David Cinnella, “Tek” is a Cyberpunk Western with sci-fi influences. Like “While”, the series will be shot entirely in Basilicata. The creators of “Tek” are prolific writers and filmmakers currently producing a wealth of material from news reports to magazine articles to a web series. Among their projects, which showcase the creativity and talent of artists and filmmakers not only from Basilicata but from all over the world, are the online magazine “Voce Spettacolo” and the production company, 149 pictures.

Born in the town of Policoro to an American mother and Italian father, David Cinnella was raised in Matera. His diverse cultural background led him to the Academy of Art University in San Francisco where he studied filmmaking. He currently resides in Los Angeles. I asked him about this project and where his team plans to distribute the series once it’s finished. 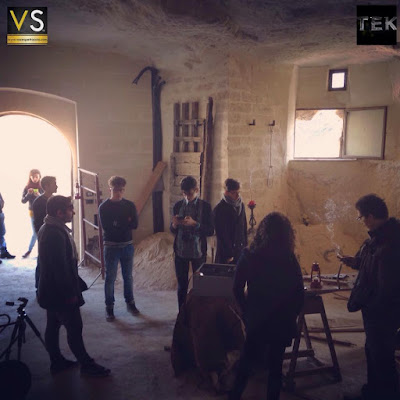 What made you decide to make a Western?
I was once reading a script that happened to be a Western, and I was trying to visualize it in a way that I knew would be interesting and appealing to me. I, however, am not a particularly big Western fan, per se, but there were instances in which I did find the genre appealing. So, I thought to myself what were the ones that particularly held my interest, and that’s when it hit me. Exceptions aside, Westerns interest me the most when there’s an added sci-fi element to it. Even if just a small one. So, I pictured what I was reading as a more Cyberpunk Western -- which is what “TEK” actually is --, and the more I read, the more I couldn’t focus, because suddenly the images were becoming too beautiful in my head. I had also worked the summer of that same year on the web-series “While”, where we had great fun, and then I started to pick certain props, actors, locations, etc. that I knew could be filmable and available to us. Suddenly, the pieces started falling together. I can respectfully and honestly say that the story I had come up with was entirely different from what I was reading, so it wasn’t a copycat of it, but the way I was picturing it in my head was so visually interesting, for me, that I couldn’t read anything anymore, and that night, without possibly considering sleep, I decided to write it all down in one go. And so, after many revisions, the script is now complete, and after a meeting with the people of the “While” webseries, we decided that it was a worth-while project to pursue this year.

Will it be a film or series- and shown on the web, television or movie theater?
At the moment, it’s only a short 30-minute film. However, during the many revisions of the script, I dabbled with the idea of expanding it to something longer, and with the help of a few friends, we actually did come up with an interesting way to expand it for more. So, should “TEK” ever become a success, we have enough material to make it a feature length film. As far as where it’ll be released, it will be online on YouTube, and then sent to various film festivals. And should anyone be interested in picking this up for a feature, we’d be only more than happy if it gets either a theatrical release, or a streaming release like on Netflix or other platforms. What can you tell me about the plot?
I won’t say too much because it could reveal key elements of the story, so I’ll keep it short: In a dystopian, post-apocalyptic future where society has regressed to a pseudo-Western time, and technology has become a rarity, a single and lone gunslinger by the name of TEK roams the lands, searching for the people responsible for the death of his wife and daughter.

Where are you in the production process?
We are currently in pre-production. In June we will start the casting session in Southern Italy, and are aiming to shoot the film itself around the beginning of the second half of July, and if all goes well, it should take the rest of the month – possibly a few days into August – to complete filming. Then, we will enter in post-production.

Have you shot anything yet?
So far, we have shot both a teaser and featurette, which we have posted on our Indiegogo campaign and through cold weather and sickness, we were able to do it all in a single day.

Explain to me what makes Basilicata this land of cinema.. with so many film productions happening in the region lately.
There’s a number of reasons as to why the region of Basilicata is so filmable. It has a history as ancient as human society itself; the beaches are wide and clean; the hills are soft and peaceful; there are great cinematographic mountains and rich, green forests; and best of all, the buildings reflect that history by being several thousand years old, hence why they make so many historical films there, especially in Matera – awarded the European Capital of Culture for 2019 – where they shot a number of great films, among which are “King David” (1985) starring Richard Gere, and Mel Gibson’s “The Passion of Christ” (2004), and where they just finished shooting “Wonder Woman” (2017), starring Gal Gadot.