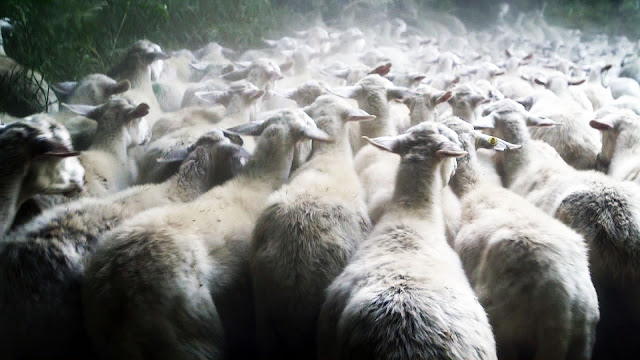 This week, the Berlin International Film Festival announced the lineup of its 12th Culinary Cinema program. Each year, there is a theme and this year, organizers chose the motto “Life Is Delicate”. The lineup consists of nine documentaries and one fictional film, all with the focus on the relationship between food, culture, and politics. “When it comes to cultural and political matters, sensitive decisions have to be made all the time. It’s like in a kitchen, where it’s also tricky to make, at the very least, something edible and, at the very best, something delicate,” Festival Director Dieter Kosslick says in explaining the motto.

The 2018 lineup includes one Italian film. Jacopo Quadri's documentary Lorello e Brunello is the story twin brothers whose lives revolve around taking care of their farm. Set in Pianetti di Sovana, located in the province of Grosseto in Tuscany, Quadri explores the endless efforts in keeping up with the global economic market's dropping prices while laboring in the fields. The film is divided into four chapters, which follow the seasons of the year and the new challenge each season presents. 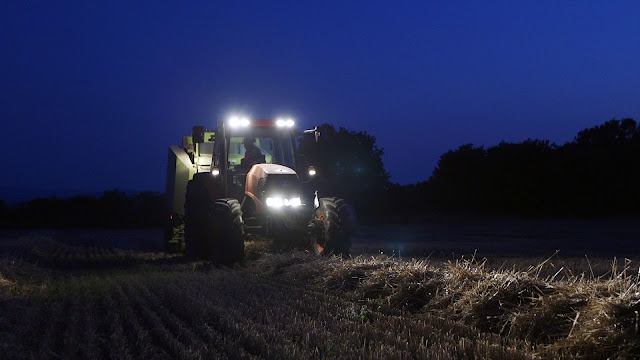 While making the film, Quadri lived on the farm and documented every move the brothers made. "I wanted to live with them to understand... to understand the rules of the countryside, of farming, of planting, of harvesting. How do they deal with the three hours they spend every day milking the sheep in an uproar of udders and dung? What do they think about when they spend the night on a tractor in a field in the dark, alone in the dust?"


Now, let's rewind to 2014 and the 64th Berlin International Film Festival's Culinary Cinema selection, "I maccheroni" by Raffaele Andreassi. Since writing about this film back in 2014 when it was shown in Berlin, new information has emerged as well as a rare clip. 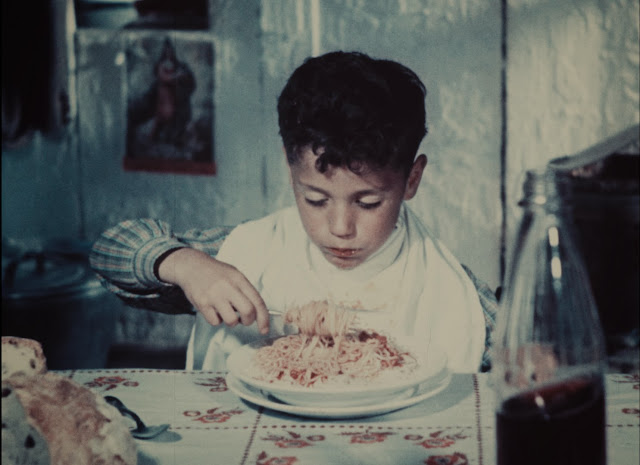 Restored by the Cineteca di Bologna, "I Maccheroni" is a 12-minute short film made in 1959 by journalist-turned-filmmaker Raffaele Andreassi. Described as a "journey into the memory of Italy in the late fifties", the film is set in the Pugliese town of Gargano and tells the heartbreaking story of a poverty-stricken family that on one Sunday, could not afford the traditional Sunday plate of macaroni and sauce. The film centers on a young boy who saved a little tomato sauce in a jar so that he could smear it on his face, convincing playmates that he had Sunday sauce with his family. 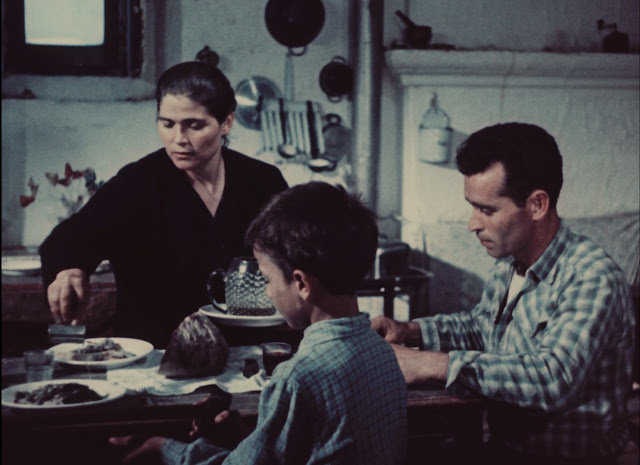 According to an article written by Fulvio Baglivi for Cineteca Bologna, "Raffaele Andreassi was a reporter, poet, painter, photographer, and mostly film­maker. Cinema was his work, the field in which he was involved for fifty years trying to express his passions and his vision of the world while following production and food issues. His body of work is complex and multifaceted: Andreassi directed art docu­mentaries, short films that revolved around a news story to document the life of modern man, investigations, TV reports, and sport stories. There are only three feature length movies in his filmography: a movie on pros­titution in Rome, which was supposed to be titled L'amore povero but was destroyed by the production house and distributed under the cheap title I piaceri proibiti; Flashback is the story of a German soldier trying to flee from Italy during World War II, present­ed at Cannes in 1969 but ignored by 'of­ficial' Italian cinema; I lupi dentro, a long tale on naïve painting in the lowlands of the Po River Valley, which follows in the foot­steps of Antonio Ligabue pittore, brushed aside and basically forgotten, considered uninteresting and irrelevant.

Although Andreassi's work covers a wide range of subjects, eras, and places, his filmography should be considered d'auteur, characterized more by its rigor and the transparence of images and sounds rather than the director's presence (quiet and discreet). While filming children working in the quarries of Puglia (Bambini), or ani­mals waiting to be slaughtered (Gli anima­li), Andreassi does not impose a style or a vision; he does not explain or illustrate (he was one of the first to eliminate voiceovers) but uses a technical evaluation to amplify the emotions and pain behind the images. He is a multifaceted figure, challenged by each of his projects, able to work beyond the boundaries between fiction, documen­tary, cinema, and television."

There is still not much information available about I Maccheroni. But the good news is that the film is in the possession of Cineteca Bologna and they organize public screenings from time to time, so you may have the opportunity to see the complete film. In the meantime, check out this fascinating clip. There is no dialogue but the child's expressions say everything. What a wonderful collaboration between Andreassi and this young actor.

Additional Italian films to be shown at the 68th Berlin International Festival are as follows:

The remaining films will be announced on February 6, 2018.