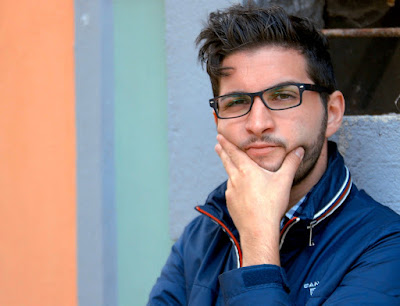 Chicago-born filmmaker Giancarlo Iannotta’s My Country is a labor of love and symbol of pride for his Italian origins and has made the lineup of Canada's 2019 Italian Contemporary Film Festival.

A story of two brothers who meet as adults, the duo embarks on a road-trip from Rome to the southern region of Molise where they are forced to get to know each other and family members they never knew existed. The film is a lighthearted adventure with dramatic undertones, which deal with issues of abandonment and the lifetime repercussions it could bring when left unaddressed.

Iannotta stars in the lead road opposite Antonio Palumbo with Rossella Celati, Demi Zaino and Mario D'Agostino, but one could argue another protagonist is the region of Molise. With breathtaking shots of the landscape and charming details of its towns, Ianotta, in the role of director, presents us with a lesser known but stunningly beautiful region that we don’t often see on travel shows and magazine covers.

Ianotta talked with us about his inspiration behind making the film and why he cast himself in the lead role.

Let’s start at the beginning… Why did you want to tell this story?
Growing up in an immigrant family, my father and relatives were natural storytellers. Late Sunday lunches were prime for stories from “the old country”.  Then when I was twelve, I visited Castel San Vincenzo whichis the 400-person town where my father immigrated from in Molise for the first time. The people, wildlife and postcard-like panoramas immediately hit me. Even at that age, I thought, one day I’ll write a book or a song about the town… but never could have imagined making a movie there. After graduating from film school at Columbia College Chicago, I made a number ofshort films, then did a complete 180° and moved to Rome in 2014 to pursue filmmaking and commercials (while taking night classes to learn Italian.) Two years later, I wrote the screenplay for My Country. The story of two brothers on the road intrigued me but it wasn’t until I heard this horrible phrase, “Il Molise non esiste” (Molise doesn’t exist) which is a common line said around Italy to describe our small region. It was my goal to highlight our beautiful town but also put a spotlight on the Molisani people, culture and of course… il cibo (food).

I am thinking perhaps that your origins are in Molise. Is that true? How much of the film was basedon your own life and experiences?
While it’s true that my roots are in Castel San Vincenzo and we used a lot of friends and family in secondary roles, the overall majority of the story is fiction and I do not in facthave a long-lost brother in Italy (Antonio also has a girlfriend, sorry ragazze). My father is also doing just fine and well in Chicago. My real-life neighbor Mario D’Agostino played the role but I’m complimentedthat many people think the characters in the film must be related. While living in Rome though, I supplemented my income by becoming a tour driver of the Fiat 500 Cinquecento, driving many American, British, French and German tourists around Rome. I incorporated this into the movie which became one of the most fun aspects. Luckily back in Chicago, my father taught me how to drivestick-shift but it made for a hilarious scene halfway through the film.

What is your reason for starring in the film? Did you ever feel that writing, directing and starring in the film was a lot to take on, or perhaps overwhelming?
I definitely consider myself more of a Writer, Director and Editor but the story material was so near and dear to me that it made sense I would play the younger “Americano” brother. Convincing my family that I could act though was a completely different story. I got great technique tips from taking lessons with the help of Second City improv-comedy. Since this was my first movie, I literally have 18 days of acting experience (the length of the shoot). People are very complimentary of the performance though and especially the fun “back and forth” with my older brother (played by Antonio Palumbo from Bari). While I wouldn’t necessarily tell young filmmakers that they should write, direct, edit and act in their first film, it was an incredibly satisfying feeling and I wouldn’t change a thing.

Did you have a screening in Molise with the people in the film, and if so, how’d it go? My impression is that they are locals and not professional actors. This is a great quality of contemporary Italian cinema. If this is the case, what inspired you to use non-professional actors?
Premiering the film in Italy was one of the greatest highlights of my short filmmaking career so far. We had a big premiere in one of the main piazzas of Castel San Vincenzo with a giant projector screen, sound system and large illuminating lights (think Cinema Paradiso.) I think there were more people there in the piazza than actuallylive in CSV! They absolutely loved it though and I know because I had some of my confidants secretly “overhear” some of the chiacchierata(chit-chat) at the local bar the next day. They were just so surprised how much of a “real” movie it felt like and how great the locals were in it, especially my cousins and extended family in our big, outdoor “gnocchi” scene. I definitelywanted that neo-realism/cinema-verité style that was so popular with Fellini, Rossellini and now contemporized in some ways although heavily stylized by Sorrentino (The Great Beauty), Garrone (Gomorra) and Carpignano (A Ciambra). 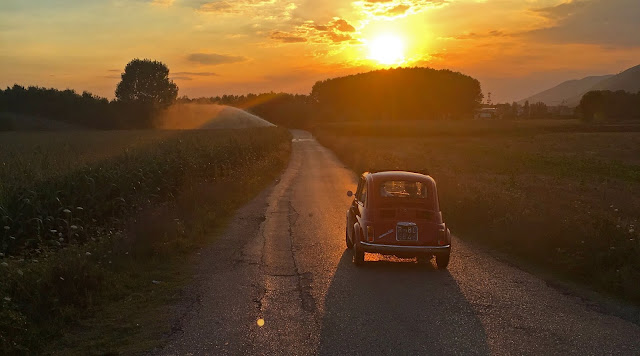 Were you happy with how the film turned out? Was it close to your original vision?
I think if anything it completely exceeded my original vision. The actors brought so much more than I could haveever imagined and most of the credit goes to my movie brother Antonio. Although scripted, we improvised a good portion of the dialogue once we were on the road but I’m most happy with how the big gnocchi scene turned out. I had no idea my family would come off so natural and it’s also nice to see my great-Uncle Giovanni, who sadly passed since we shot in 2016. I’m truly humbled how the cast, crew and my investors had such faith in me to pull it off. It wasn’t without “bumps and bruises” though: the Fiat 500 got a flat tire halfwaythrough the shoot, the boom microphone broke and we lost our hospital location in Isernia the morning of one of our most pivotal final scenes. In the end though, we stuck it out and now audiences in the States, Italy and abroad are reacting so well to the film.

What were your favorite moments in the filmmaking process?
Admittedly, it was hard to completely enjoy everything in the moment because I had so many roles but the cast and crew always made time to have fun dinners together (especially in Molise.)Seeing my family act was so special like I previously said and also the relationship between Francesco & Anna in the film (played by Rossella Celtifrom Naples). Shooting for three days in Chicago, which makes up the first ten minutes of the movie, was also really exciting. My Uncle Bob (producer Robert Iannotta) let us shoot at his house and we also got to shoot at one of Chicago’s most charming Italian BYOB restaurant’s, Lucia’s. I also loved the scenes with the little dog, Meaty (aka Claude the pug.)

Which filmmakers are your cinematic influences?
As much as I tried not to make an Italian film with organized crime themes, I did grow up watching movies like The Godfather, Goodfellas and The Pope of Greenwich Village which left an indelible impression on me. The first film I was remembering noticing there must be a director behind the camera was 1999’s, Magnolia (directed by Paul Thomas Anderson). Documentaries also influence me tremendously and some of my favorites are Man On Wire, Koyaanisqatsi and Enron: Smartest Guys In The Room.

What is in your future as a filmmaker?
The movie was releasedin July on Amazon Prime and the whole summer my production company was busy promoting the film. Currently, we’re enjoying getting back into commercials, branded content and taking time off from scripted work. Of course, I’ve been circling a few ideas for another feature and hopethere’s another opportunity to film in Italy and especially Molise… which exists!!

My Country will be shown in Montreal at Cinéma Guzzi on June 15. Click here to purchase tickets. If you're not in Montreal, you can watch the film on Amazon. Click below for a direct link.