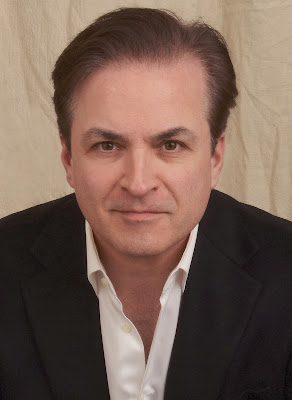 Born in Matera, Italy and raised in New York, filmmaker Anton Evangelista is about to take his films full circle.

A longtime filmmaker in New York City, Evangelista has made six films over the years that have been screened at festivals throughout the world. His latest, Il Signor Jackson was funded by the The National Italian American Foundation (NIAF), Italian Sons and Daughters of America (ISDA) and the Russo Brothers Italian American Film Forum, and was a co-winner in their competition. The film documents the life of Edward Jackson, a former professor and Italophile who grew up in the Bronx around Italian families. Assimilating into their culture on a professional level, Edward was faced with obstacles and prejudices that with his love and passion for the Italian culture, was able to overcome. The film is an ode to dreams, resilience and nostalgia.

Il Signor Jackson has a number of screenings coming up that will take the filmmaker and his subjects back to their beloved land, and Evangelista to his Basilicata roots. The film will be shown tomorrow, May 4 at the Manhattan Film Festival and then during the Harlem International Film Festival, which runs May 16-19. At the end of the month, he will travel to his birthplace of Matera, where the film will be shown in competition at the Voce Spettacolo Film Festival on May 31. Following that screening, he and Jackson will present the film at the Uffizi in Firenze.

I spoke with Evangelista about the inspiration behind Il Signor Jackson as well as a documentary called Umberto E that he made about plight of his beloved father, and will also be presenting during his trip to Matera.

Tell me about the inspiration behind Il Signor Jackson.
My inspiration was/is Edward Jackson. He is the embodiment of the true Italian spirit. He is the face of the future of Italy. His story portrays truth about how the world could be a better place if we are taught at a young age to love and respect all cultures and nationalities. Eddie is a great inspiration not only because of his determination and accomplishments, but he shows us if we open our hearts to one another and see beyond the differences, there may be hope for a kinder world. 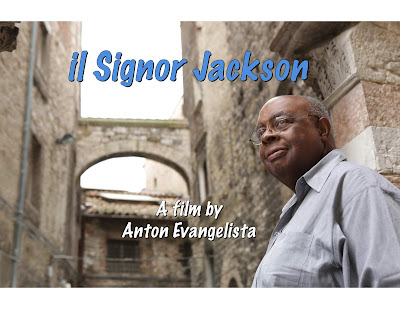 What was it like for you to shoot in Italy with Edward?
Shooting in Italy was very special. It was my first time visiting Perugia and discovering this magnificent Etruscan landscape. Following and filming Eddie and meeting some of the long friendships he had formed over the many years of his visits there was very inspiring. I witnessed Eddie feeling right at home, and you'll see and feel his love for Perugia in the movie.

Tell me about Umberto E.
Umberto E is a documentary I made on my father. A heroic story of personal triumphs over childhood abandonment, harsh treatment in orphanages and a rejecting stepmother. In spite of all of his adversities, Umberto chose love and forgiveness as weapons of “revenge” which led to finding the love of his life - his wife Luisa, and the new life they would have with their children in coming to America.

What are your thoughts on going back to Matera to present it?
The reality of going back to Matera hasn't quite hit me yet. I have not been there in 21 years, and because there's so much going on for me now, I haven't totally processed it yet. When I really give it some thought, I get excited. I know this will be a very special trip for me. To be re-united with my place of birth, with extended family who I'm so looking forward to seeing and meeting the children of my cousins, and to also share my stories during this milestone period for Matera' title of European Capital of Culture, is a milestone in my life.

If you're not able to attend the screenings, you can watch Il Signor Jackson on Vimeo by following this link.. https://vimeo.com/287842334.