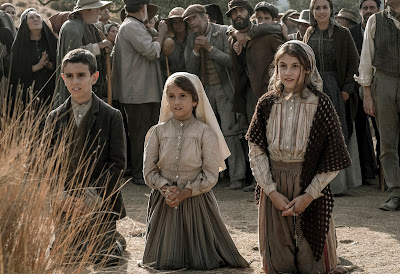 Marco Pontecorvo’s “Fatima” opened today in theaters across the US.

Based on the true story of the 1917 Marian apparitions reported by three children at the Cova da Iria, in Fátima, Portugal, Pontecorvo’s film offers an adaption for new audiences with modern technology. “The cinemascope format can give back to the audience a much stronger emotion and can make people enjoy the stunning cinematography by Vincenzo Carpineta, as it was intended,” says Pontecorvo.

The director got involved with the project after producers saw his 2009 feature film,  "Pa-ra-da," that addresses the homeless children issue in post-Ceausescu Romania. The producers were impressed by his direction of the children and suggested he direct “Fatima.” He felt the story was perhaps too religious but had some very appealing narrative angles. “I proposed to them to veer the narrative towards a film that instead of being dogmatic, could have been opened and put the focus on the relevance of this story for the believers and the doubters as well. The doubt element is crucial in this narration. It is a dialectic doubt that is a sign and an occasion of growth for both the different points of view,” he explained. 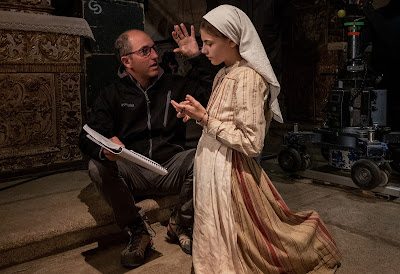 Pontecorvo offers insight into the performances and storyline of veteran actors Harvey Keitel and Sönia Braga and how it convinced the producers to trust their instincts and bring him onboard. “In the exchange between Harvey Keitel’s character and Sönia Braga’s, they never change their minds but they both grow. To exercise doubt makes you grow wiser. So, I told the producers of the movie that if they were interested in this point of view, I would have been on board. They were because they really wanted this movie to speak to everyone and respect all of the different points of view and perspectives, including mine. I am someone who believes that nature in its grandiose beauty is a representation of God and the divine. That’s why it is so important in this movie.”

“Fatima” is currently playing at AMC theatres nationwide. Click here to purchase tickets. If it’s not playing at a theater near you, click on the image below to stream it on Amazon.

Email ThisBlogThis!Share to TwitterShare to FacebookShare to Pinterest
Labels: Fattima, Marco Pontecorvo, Our Lady of Fattima