The Life and Times of Actress-turned-Activist Tina Modotti 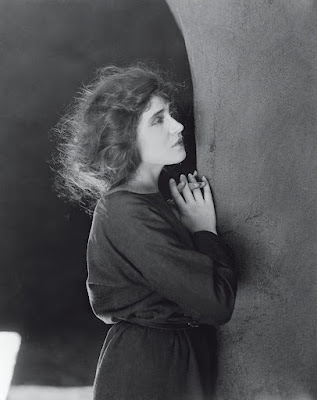 An advocate for women’s freedoms in the early 20th century, her creative achievements are still celebrated today.
Tina Modotti was an artistic and literal revolutionary. Born Assunta Adelaide Luigia Modotti Mondini on Aug. 16, 1896, in Udine, Italy, Modotti quit elementary school at the age of 12 to earn money to help her family make ends meet. Her father immigrated to the United States, and in 1913, she joined him in San Francisco. There, she became involved in the performing arts and landed parts in plays, operas and films.

Modotti starred in three silent films during the early 1920s. Only one is still in circulation. Adapted from Elizabeth Dejeans’s 1917 novel “The Tiger’s Coat,” Roy Clements’ 1920 drama has stood the test of time due to its forward-thinking takes on racism and society’s views on interracial relationships. A feast for the eyes with elaborate sets and costumes, the film follows Maria de la Guarda, aka Jean Ogilvie (Modotti), as she assumes the identity of a dead woman to hide her ethnicity and marry the man of her dreams. With her simple yet stunning good looks, Modotti radiates the mystique she was known for her entire life from the moment she steps in front of the camera.

Watch “The Tiger’s Coat” on YouTube, with a special intro...

Modotti could have cashed in on her exquisite beauty but was frustrated with the stereotypical roles being offered to her because of her Mediterranean look, so she left the movie industry. She became interested in photography and studied with legendary lensman Edward Weston. Their rapport turned into love, and the two moved to Mexico together in 1923. The change in scenery profoundly altered the course of Modotti’s life. 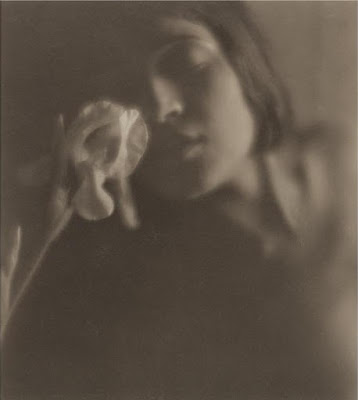 The couple became friends with the artists of the Mexican Renaissance, including iconic painter Frida Kahlo and her partner Diego Rivera. For the next several years, Modotti immersed herself in her craft, finding her own voice and style as a photographer. Meanwhile, the political influence of her friends was shaping her societal values, so much so that she joined the Mexican Communist Party in 1927. The line between art and politics blurred as she adapted to her new life in Mexico. She photographed people of all social classes, highlighting the plight of the poor amid the political unrest of the time.

Expelled from Mexico because of her activism, Modotti spent time in various countries throughout Europe during the mid-’30s, including Spain, where she aided orphaned children during the Spanish Civil War. During those years, she connected with prominent artists and intellectuals like Chilean poet Pablo Neruda and Hungarian-American war photographer Robert Capa, both of whom had also journeyed to Spain to offer their support.

Modotti returned to Mexico in 1939 but passed away on Jan. 5, 1942, under suspicious circumstances. The cause of death was listed as heart failure. She was only 45 years old. 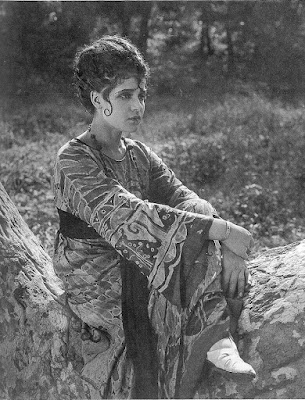 Today, Modotti is highly regarded as a photographer and is frequently the subject of exhibitions around the world. Last year, the Museo delle Culture in Milan played host to the exhibit “Tina Modotti: Women, Mexico, and Freedom.” Curator Biba Giacchetti considers Modotti not only a titan of photography but also a warrior for civil justice. “During her short lifetime, Tina Modotti fought on the front line for freer and fairer humanity, and to bring aid to the civilian victims of conflicts like the Spanish Civil War,” she stated in material published in connection with the exhibit.

The Museum of Modern Art in New York has also showcased Modotti’s work, with 35 photographs taken between 1924 and 1927. Click here to view them on the museum’s website.

A six-part miniseries is being made about her life, with Monica Bellucci in the starring role and Edoardo De Angelis in the director’s chair. Produced by Argentinian filmmaker Paula Alvarez Vaccaro, the series will be titled “Radical Eye: The Life and Times of Tina Modotti.”

Several books about her life and art are available on Amazon. A restored version of “The Tiger’s Coat” is available on YouTube (see above) along with a 1983 documentary titled “Frida Kahlo & Tina Modotti.” Watch it below...

- Written by Jeannine Guilyard for the March 2022 issue of Fra Noi Magazine. Click here to subscribe.
at March 01, 2022