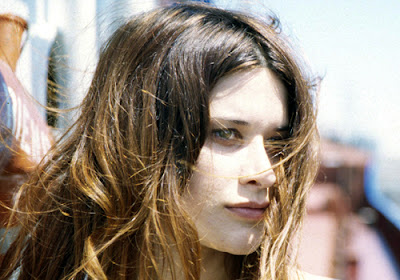 Born in Rome in 1976, Valentina Cervi is on her way to becoming one of the great actresses of her generation, and she is no stranger to the business. Her father is a director. Her grandfather, Gino Cervi, was an actor, and her great grandfather was a famed theater critic. I sat down with Cervi during this year's edition of Lincoln Center's annual film series, Open Roads: New Italian Cinema, which showcases contemporary Italian cinema. We talked about her career and about the Italian films filled with Italian stereotypes that always seem to reach American shores.

What was it like to grow up with so much film influence in your family?
It’s like someone who does shoes and passes the job to his son. When I was a kid, my father was a director. So, I was going on his sets when I was small. I grew up thinking I was taking some kind of pattern of being in this world of cinema. When I was 17, I went to Los Angeles and I wanted to be a producer. I went to UCLA. I was just going to school and I took some acting classes and just felt that that was what I really wanted to do. I began to explore and then Jane Campion was casting for "The Portrait of a Lady" and she chose me from 2,000 girls from all over the world to play John Malkovich’s daughter. That was my first film and I was 18. When you receive a sign like this, you think, maybe this is what I should really do. I believe in signs. I believe that when you’re doing something, you need something coming from the outside saying, ‘You’re doing right.’

Do think there are quality roles being offered in Italy to women your age?
I think that cinema in general is going through a hard time because directors are usually men and there are a lot of young directors coming up. Usually because in Italy, the directors are also writers, they can write more for men than for women. It’s more difficult for men to think they’re going to make a woman’s journey rather than a man’s, which is closer to them. They’re going to use male characters because it’s more like them. So, it is difficult. It’s difficult to find good films. I never really want to read a script without looking into the character. You can have an amazing character on the page but if the vision is mediocre, your character will be nothing. You might have ten days of work, a small role of a normal woman but because the vision is so high and so special, that character becomes special. So, it’s never about the role, it’s about the vision of the director that is important to me.

What do you think about the evolution of Italian cinema? Many of the films that are being made in Italy are on a smaller scale than the big films of the 1960s.
Well, we’re forced to do that. Last year, they cut 36 million euros in funding from the cinema. So this makes it necessary to make films under 3 million dollars, which is harder. But it also means that you’re going to choose a story that is more real, that is easier to shoot; in a more realistic and intimate way, which is ok. What I feel is that we are in a moment where we are auto-digesting ourselves. It’s a very strange moment because socially and politically, it’s like we’re living under water in a bubble.  So where do you take inspiration from if you live in a world where things are not happening or maybe they’ll happen tomorrow? There is no breakthrough in society. People are living more and more in an individual society than being involved together. Cinema is an expression of what the director or the creator is breathing through. And because we’re living in a place where things are not moving, where the air is very thick, cinema cannot move. How can you create ideas? How can you be inspired by the reality that you have surrounding you when the reality is nothing, when we just have television spreading around.  People are not going out to see films anymore. They sit there in front of the TV. 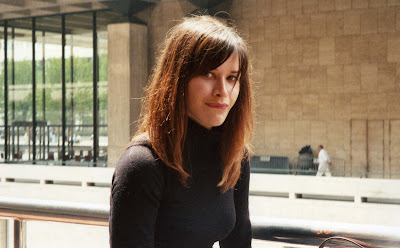 In Italy, how are television films compared to feature films?
It depends. There are very few good products. However, because lately television is the main production area, more directors from cinema are going there and beginning to do television. There’s more opportunity to make products that are different from what commercials are.

How do you feel about the way Italians are portrayed in America through cinema?
It’s a very difficult subject because when you see the Italian films that come to America and have success, for example Giuseppe Tornatore ("Cinema Paradiso") and Roberto Benigni ("Life Is Beautiful"). If you think about those directors who made it in America, they are all films that portray classical, typical Italians. That’s what Americans like and that’s what they allow in and what they want to see because they don’t have it. When Italians make an American, commercial movie, it doesn’t come through. They make it better in America. They have more money to make films like that. There are some new directors like Paolo Sorrentino and Renato De Maria who are trying to portray something different, but I’m a little sorry when I see that Americans prefer when we portray such stupid roles, stereotypes of how Italian women are. So this is like a cat that eats its tail because then what do you do? You are forced to stay in a type of reality that’s not existing anymore, like Tornatore’s. It’s not existing. It’s just a dream.