Sicily in the Heart of its own Luigi Lo Cascio 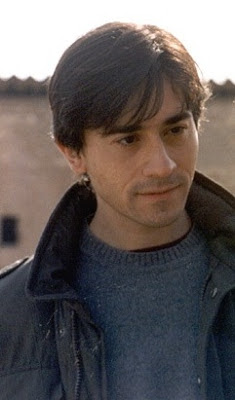 One of contemporary Italian cinema's most versatile actors, his characters have taken on organized crime, driven taxicabs, fought for civil rights and agonized over dark family secrets.

Born in Palermo in 1967, Luigi Lo Cascio attended the Silvio D'Amico Academy of Dramatic Arts in Rome, earning his diploma with a dissertation on "Hamlet".  He pursued a careering theater and gave little thought to working in film. That all changed when he accepted the role of Peppino Impastato, the courageous anti-mafia activist killed by Cosa Nostra in 1978. After a long series of screen tests to find the perfect actor to play the role, Luigi Maria Burruano, an actor already cast in the role of the protagonist's father, advised the director, Marco Tullio Giordana to test his nephew. Thoroughly impressed, Giordana offered Lo Cascio the part and it was a move that changed the course of his life.  His performance in "I Cento Passi" (One Hundred Steps) was powerful to say the least. The film went on to achieve critical and box office success all over the world. Lo Cascio was awarded a David di Donatello and he instantly became one of the most sought after actors in Italy.

His follow up film, "Luce dei miei occhi" (Light of my eyes) was directed by Giuseppe Piccioni. Lo Cascio played the role of a lonely cab driver who falls in love with a single mother that works at a frozen-food store. The frozen food becomes a symbol for the cold, lonely lives that each character leads. The film is a dramatic character-driven story about two ordinary, working class people who have lived difficult lives. Each has their own set of baggage and they find comfort in spending time with one another, although Lo Cascio’s character becomes more emotionally involved in the relationship, while Maria, played by Sandra Ceccarelli, seems at times, indifferent.  Some called the 2001 film pretentious, and it was not received very well by critics, but Lo Cascio's performance was brilliant and he was awarded the Volpi Cup at the Venice Film Festival in 2002.

In 2003, Lo Cascio again showed his versatility and range with his performance in Alessandro Piva’s "Mio Cognato" (My Brother-in-law). He played the role of Vito Quaranta, a straightforward, trustworthy guy who gets caught up with hoodlums who know his brother-in-law (Sergio Rubini). Lo Cascio articulates the character’s naivety with a sharp sense of humor and great timing that will make you laugh so hard, you’ll cry.

Watch Luigi Lo Cascio being applauded onstage in Rome in 2017...

One could say his biggest achievement is his work in Marco Tullio Giordano’s, "La Meglio Gioventu" (The Best of Youth). The film was originally made for Italian television and aired as a mini-series. In America, the film is shown in one shot, making it a six-hour movie. Lo Cascio is one of the lead characters and manages to carry the film, making six hours seem more like three. The film documents real-life events over a thirty-year period from the 1960s to the 1990s and follows two brothers and a group of friends as they make their way through the tumultuous times. The screenplay, the direction and the acting result in a highly regarded masterpiece that is a must see for anyone interested in Italian filmmaking, current events and recent history.

What sets Luigi Lo Cascio apart from the others is his sense of timing and perfect balance of comedy and drama that he brings to all of his roles. Perhaps his experience in theatre gave him the ability to connect with audiences and reach deep within his characters to bring their flaws and insecurities to the surface, making them human.

Stream "Light of my Eyes" on Amazon Prime..