Isabella Ferrari- the Damsel and the Thinker 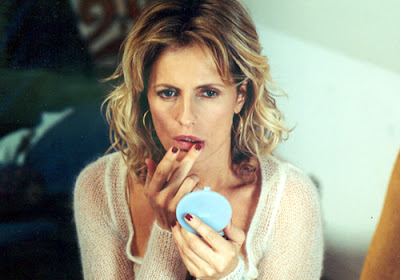 Isabella Ferrari is a versatile actress whose trademark pouty lips and intense, melancholy eyes have been gracing Italian screens for more than three decades. Born in Piacenza on March 31, 1964, Ferrari has perfected the art of playing contrasting roles like the damsel in distress and the complicated, intellectual. Influenced by Italian auteur cinema, which encompasses the neo-realistic approach to filmmaking, she delivers powerful performances with each role she tackles.

Ferrari's small screen debut goes back to 1981 in Gianni Boncompagni's television program, "Under the Stars." Two years later, she made her big screen debut in the summer comedy, "Il ras del quartiere." Diego Abatantuono, the star of the Oscar winning film, "Mediterraneo," co-wrote and starred in the film, which put Isabella Ferrari on the map and she hasn't stopped working since.

With dozens of films to her credit, Ferrari's successes include the drama, "Amatemi" (Love Me), "Arrivederci amore, ciao" (The Goodbye Kiss), "Saturno contro" (Saturn in Opposition), and "Caos calmo" (Quiet chaos) just to name a few.

In "Amatemi," which was directed by her husband, Renato De Maria, Ferrari plays the role of Nina, a 35 year old woman married since she was just 15. One day, her husband, the center of her universe, suddenly leaves following a huge argument. Nina falls into the solitude of her memories, and cuts herself off from the world, until one day, a ray of sunlight literally shines into her apartment, bringing new hope to her life. She ventures out again into the world and meets people who awaken her spirit and she decides to grow and change with the world around her. The character calls on the neorealistic approach to acting that Ferrari is known for.  She carries the film with the eloquence and class of an experienced leading lady. There are scenes in the film that have no dialogue and just use the expression in her eyes as the voice of her soul.

In Michele Soavi's, "Arrivederci amore, ciao" (The Goodbye Kiss), Ferrari takes on the challenging role of Flora, a woman who becomes a prostitute to pay off her husband's debts. Ferrari gives a tremendous, heart-wrenching performance, which earned her a David di Donatello nomination for Best Actress in 2006. "Flora is one of the most beautiful parts in this movie. She is a provincial lady who runs a shoe shop. She ends up selling her body to pay off her husband's debts. She is a sacrificial lamb or, as Soavi calls her, an angel," Ferrari explained.

Her character in Ferzan Ozpetek's 2006 film, "Saturno contro," articulates the conflicts of a woman torn between morally sound choices and sexual, emotional freedom. Her character, Laura, has an affair with a younger, married man. You can sense the guilt and passion between the two actors as they articulately portray the mistress and unfaithful husband. Ozpetek's all-star cast made the film an instant success and gave testament to the range of Isabella Ferrari's acting. 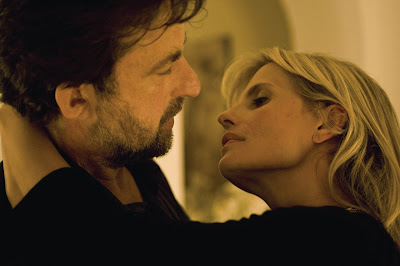 In Antonello Grimaldi's 2007 film, "Caos calmo," Ferrari interprets the role of Eleonora Simoncini, a pivotal character in the film. The plot explores the poignant, sometimes fragile subjects of loss, rediscovery and love. The role gave Ferrari an opportunity to work with her best friend and fellow actress, Valeria Golino, and also won her another nomination for the David di Donatello; this time for Best Supporting Actress.

Ferrari continues to work in diverse projects in both television and cinema always challenging herself to grow as an artist.