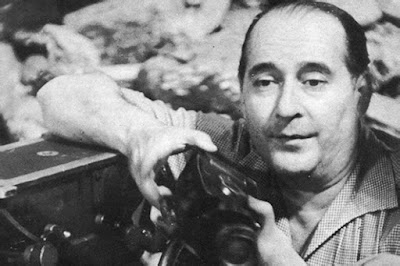 Fascist Italy during World War II was a dark period for Italian policy, and an even darker one for the future of Italian cinema. As the battlefield took over Italy, Cinecittà, their version of Hollywood, was shut down. By 1944, the studio had stopped film production altogether and was instead used as a refugee camp for Italians who fled the south. Since the compound at Cinecittà housed most of Italy’s movie sets and sound stages, the country’s filmmakers were left with nothing. So, what did director, Roberto Rossellini do? He took his cameras to the streets to document the human suffering of post-war Italy, and neorealism was born.


Neorealism is a style of filmmaking that uses real life situations and mostly untrained actors to tell character-driven stories that do not rely on special effects, formatted scripts or complicated camera angles. The director does not manipulate the audience. The characters do with their eyes, their struggles and their emotions as they are on a constant journey searching for the truth. Rossellini’s first documented attempt using this new technique was a film called "Roma, citta apertà." The film showed the terror of Rome under German occupation. Rossellini was not trying to start a new style of filmmaking. It was just his way to work outside the studio as Cinecittà was out of commission. However, a new style was indeed born and all of Rossellini’s work that followed carried the same theme of truth. He felt that reality was far more interesting than fictitious, contrived stories. It seemed like he made a career out of separating himself from artists and in a way, considered himself more of a documentary director than a movie director. Rossellini used the camera as eyes, the eyes of the desperate characters that felt defeated by the economic crisis following World War II. His films told the story of the civilian and showed the way people suffered.

Rossellini's post-war trilogy of neorealistic films includes "Roma, città aperta," "Paisa and Germania anno zero." The films were not commercial successes at first and critics were harsh in their reviews. However, Rossellini stayed true to his vision because the call to make films the way he wanted to, with an unyielding sense of truth and reality, was stronger than him. In the end, he gave up fiction all together and just made documentaries. 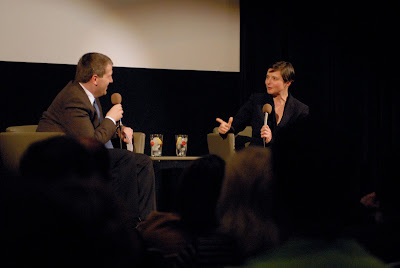 In 2005, the director's daughter, Isabella Rossellini paid tribute to her father at the George Eastman House in Rochester, New York. There, she presented a short film that she wrote  about her father and his contribution to Italian cinema. "My Dad is 100 Years Old" features a cast of characters who played important roles in her father's life and career. Among those characters are Federico Fellini, Charlie Chaplin, Alfred Hitchcock and Roberto Rossellini's longtime love, Ingrid Bergman. Isabella said that part of the reason why she made the film was to express the complication of having a father who was also a genius. In the film, her father was represented as a large belly that wiggled as he spoke. There was no face, only a chest and stomach. The choice to portray her father in such a way sparked public criticism from her sister. However, Isabella defended her choice, saying that when she was a child, she rested her head on her father's belly, and the thought still gave her a sense of comfort. She also found the belly funny and wanted to add a bit of comedy to the film.

Roberto Rossellini was a true artist in the sense that he didn't see himself as an artist and considered the integrity of his subjects more important than the commercial success of his films.