Massimo Troisi: Forever in our Hearts 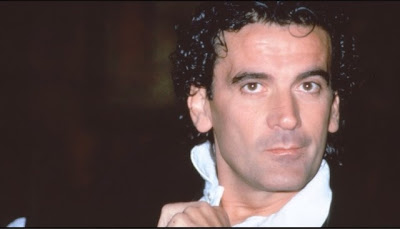 "Ci mancherai tanto, Massimo" - "We will miss you so much, Massimo" is the headline on one of the many websites dedicated to the memory of the great Italian screen comic Massimo Troisi, and judging by his continuing popularity, it looks as if many Italians, and others, feel the same way.

Born in San Giorgio a Cremano, outside Naples, Troisi became involved in theater quite young, co-founding with friends Lello Arena and Enzo Decaro the comedy troupe I Saraceni at just 17-years-old. Within a few years, the troupe - later re-named La Smorfia - became so well known, they were invited to appear on various national TV variety shows. In 1981, Troisi co-wrote, directed, and starred in his first feature film, the hugely popular Ricomincio da tre (I'm Starting from Three) and a new style of Italian comedy was launched. 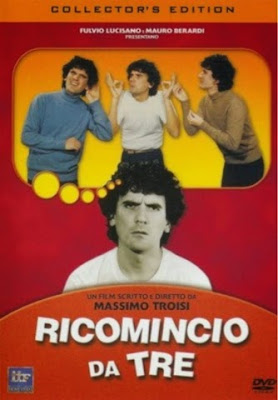 The story follows the dark-eyed, handsome Troisi. As he exuded an extraordinary sense of innocence on screen, there was a relaxed quality to his work on this film- the absolute opposite of the style of his close friend and fellow comic Roberto Benigni. Troisi's character, always being caught up short, suddenly finds himself overwhelmed by what's going on around him, at which point he'll launch into a barely decipherable, Neapolitan-flavored monologue that attempts to make sense of what's going on. It's a richly humanist kind of humor that shows us new ways of discovering just about everything around us.

Over the next decade, Troisi would refine his screen persona and comic vision, always touching our hearts (and cracking us up) with a sweet, sly smile, whether he was time-traveling to the 15th century or trading barbs about Mussolini. Although we can only speculate where his artistry might have led him, the work he left behind guarantees that he will always hold a coveted place in Italian cinema. Perhaps the finest contemporary heir of the great tradition of commedia all'italiana, Troisi tragically passed away in 1994 at the age of 41, one day after completing principal photography for Il postino, the film that launched him to the international spotlight. 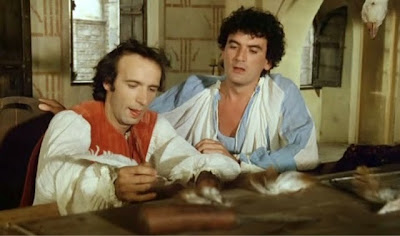 Among his hit films, Non ci resta che piangere (Nothing Left to Do But Cry) is an absolute favorite of mine. Starring two comic geniuses, Massimo Troisi and Roberto Benigni, the 1984 fantasy film follows elementary school teacher Saverio (Benigni) and his cousin Mario (Troisi) as they seek shelter from a sudden storm in an old house buried in the Tuscan hills. The next morning they discover they've somehow been transported to the 15th century. Naturally horrified at first, Saverio realizes this is his big chance to change the course of history: if only he can get to Spain in time to stop Columbus from discovering America. Along the way the two will have a run-in with Savonarola (who they advise in a letter to "take it easy") and get to reveal some possible inventions to Leonardo da Vinci, not to mention find time to romance Amanda Sandrelli. The film is a unique opportunity to watch two of Italy's contemporary comic masters at their very best. 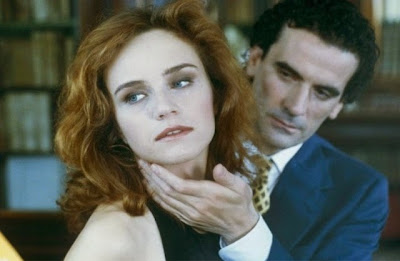 In the 1992 film, Pensavo fosse amore invece era un calesse (I Thought it was Love) Tommaso (Troisi) and Cecilia (Francesca Neri) quietly go about their lives; he manages a restaurant, she works in a bookshop. They've been together quite a while, and finally decide to make it official and get married, which actually marks the beginning of all their problems. Just before the happy occasion, Cecilia gets cold feet. She accuses Tommaso of being lazy and unfaithful. For his part, Tommaso comes to think that maybe marriage wasn't such a good idea. After all, they're in Naples, where passion and romance are among everyone's favorite hobbies. Everything's cool, it seems to have worked out for the best, but then Tommaso discovers that Cecilia has taken up with someone else. It's a great romantic comedy with some hilarious plot twists and graced once again by a superb supporting cast, especially Marco Messeri, who plays Enea, the new love interest who turns out to be much more than Cecilia bargained for. 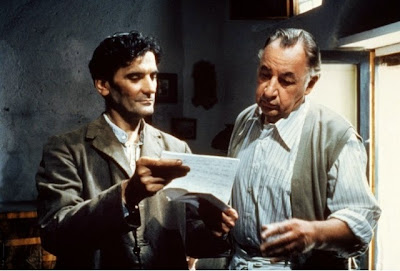 And of course, there is our beloved, Il postino (The Postman), which was directed by British filmmaker, Michael Radford in 1994. Based on the novel by Antonio Skármeta, the film is set on a small Italian island on which the great Chilean poet Pablo Neruda (beautifully played by French actor Philippe Noiret) is living in exile. Mario (Troisi), a fisherman's son who can't stand the water, is drafted to serve as an additional mail carrier mainly to service Neruda, who receives dozens of letters each day. The two begin a careful, tentative friendship; Neruda tells Mario a few things about poetry, and Mario tells him about his life. Then Mario catches sight of Beatrice (Maria Grazia Cucinotta), the café owner's beautiful daughter. Mario wants to let her know how he feels about her, but just can't find the words; so who better to ask for help but a world-famous poet? A gentle, delicate description of the evolution of a friendship, Il postino avoids large dramatic scenes and instead focuses on the nuances of the relationship between Neruda and Mario, despite their enormous differences. Troisi had never been better, and it's hard to imagine a better tribute to his great talent.
at February 19, 2015