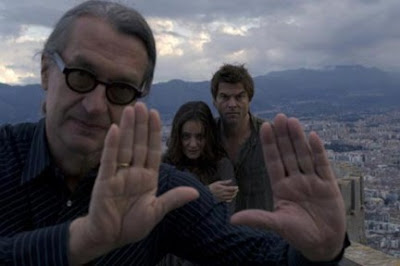 On the occasion of a film retrospective honoring German filmmaker, Wim Wenders, I thought we'd revisit a film he shot in Italy with actress, Giovanna Mezzogiorno.

The "shooting" in the title of the film is not what it initially seems. As a successful photographer of world-wide renown, lead character, Finn (Campino) leads a life that is as prominent as it is hectic. He gets by with very little sleep, his cell phone is never still, and the music from his headphones is his most constant companion. But when his life suddenly spins out of control, Finn takes off and leaves everything behind. His journey leads him from Düsseldorf to Palermo. There he finds himself persecuted by a mysterious shooter who’s after him with a vengeance. At the same time a whole new life is beginning for Finn. And a great love..


The film premiered at the 2008 Cannes Film Festival. For more information about Wenders retrospective at the Museum of Modern Art in New York City, visit their website at.. http://www.moma.org/m/calendar/film_series/1557 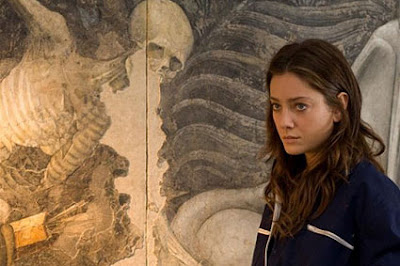 Born in Rome in 1974, Giovanna Mezzogiorno is a maestra-in-the-making who became a household name in Italy almost overnight. Mezzogiorno was no stranger to show business growing up. Her father was the prolific television and film actor Vittorio Mezzogiorno. Sadly, he passed away suddenly from a heart attack in 1994 and was never able to see the success of his only daughter. Her mother also acted in several television shows, mostly in the '60s and then again in the '90s.

There is no mistaking that acting is in her blood. When Mezzogiorno arrives on screen, she absolutely takes charge of the scene. She can carry a movie just as she can contribute to an ensemble cast. She can scream, yell and cry one moment and break into laughter the next. Her range is that impressive. She studied in Paris as a part of Ariane Mnouchkine's avant-garde stage ensemble. She then worked for two years at the Peter Brook Workshop (Le Centre International de Créations Théatrales).

Although she is recognized for the success of her early films, "L'Ultimo bacio" (The Last Kiss) was her real breakout movie. The 2001 contemporary classic won its share of awards and catapulted a number of actors as well as its director Gabriele Muccino into super stardom. It was that film that made Mezzogiorno a household name.

"La finestra di fronte" ("Facing Windows") directed by Ferzan Ozpetek, was her next big film, and it solidified her place on the international stage. In the years following "La finestra di fronte," Mezzogiorno worked on some high-profile projects made by filmmakers beyond Italian borders, including Wim Wender's "Palermo Shooting", Mike Newell's "Love in the Time of Cholera" and French director Marie-Anne Chazel's "Au secours, j'ai trente ans!" (Last Chance Saloon).