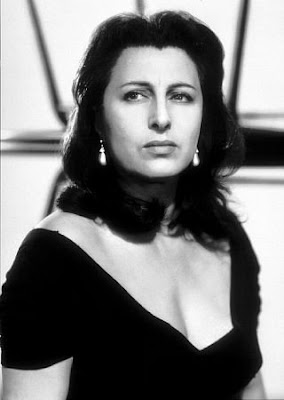 It's recently been announced that the Film Society of Lincoln Center along with Istituto Luce Cinecittà will honor the distinguished career of Italian cinema icon Anna Magnani. "La Magnani", an all-celluloid retrospective will feature 24 works shown entirely on 35mm and 16mm film. The series will take place at Lincoln Center in New York City, May 18 – June 1 leading right up to the much anticipated "Open Roads: New Italian Cinema". Click here for more information and to buy tickets.

She is one of the most revered actresses in the history of cinema and her memory lives on in some of the most influential films of all time.


Born in Rome in 1908, Anna Magnani became a highly respected Academy Award winning actress, but her beginnings were anything but glamorous. Magnani grew up in poverty. She was raised by her grandmother after her mother left at a young age, and she never knew her father. It was clear before long that Magnani was a natural born performer. She worked her way through Rome's Academy of Dramatic Art by singing in local clubs around Rome and its countryside. Her first role was in a 1920's silent film, but Vittorio De Sica's 1941 film, "Teresa Venerdì"  was the first to earn her critical acclaim. Four years later came her breakout role in Roberto Rossellini's 1945 classic, "Rome, Open City". The movie broke new ground, being the first work of the neorealistic era of filmmaking and put Anna Magnani on international radar, paving the way for a prolific career in film that would last right up until the end of her life in 1973.


Magnani won an Academy Award in 1955 for her role as Serafina Delle Rose played opposite Burt Lancaster in Tennessee Williams' screen version of "The Rose Tattoo".  Magnani was known for her realistic portraits of salt of the earth characters who faced hard economic and social times in a post-war world. She gave strong, passionate personalities to each character that she portrayed and made each one come alive and light up the screen through her vast talent and empathy. Although she is considered cinema royalty, she was never one to embrace the lifestyle of a movie star. She is quoted as saying, "I hate respectability. Give me the life of the streets, of common people."  There is no doubt, however, that she was indeed respected not only by her fans and critics, but by her peers as well. Magnani worked with some of the most talented filmmakers of her time including Marlon Brando, Pier Paolo Pasolini, Alberto Lattuada, Federico Fellini, Roberto Rossellini, Eduardo De Filippo, Luchino Visconti and Vittorio De Sica, all of whom are now considered legends in cinema. 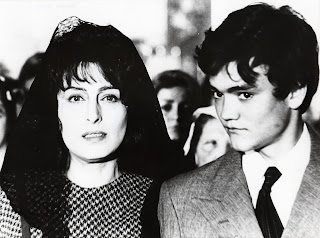 She gave so many incredible performances but if I had to pick my favorite, it would be her role in "Mamma Roma". This 1962 masterpiece by Pier Paolo Pasolini is by far my favorite Anna Magnani film, and is filled with exquisite beauty and tragic sadness. It's the story of a mother trapped in a world of prostitution as she tries to support her son and give him the things she never had. Magnani owns every scene, all of which are set against the social economic landscape of the early 60's. You cannot help but pull for her as she tries so desperately to escape the world that she just can't leave behind. Her beloved son gets mixed up with the wrong crowd and reaches out to her only to find that it's too late. The outstanding performances by Anna Magnani and Ettore Garofolo, who plays her son, will make you laugh one minute and cry the next.


Because of her international success and the success of the filmmakers with whom she collaborated, many of her films are easily attainable today giving new generations the opportunity to enjoy her timeless and enormous talent.
at June 28, 2015