The Diversity of Actress Valentina Lodovini 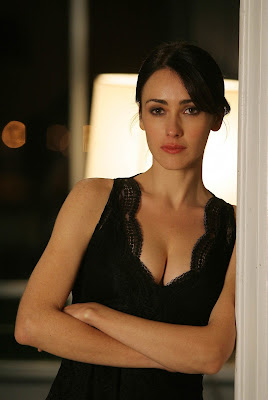 "I think cinema has a huge power, in that it can describe many things and awaken much in us.”  Those words come from Valentina Lodovini, one of the brightest stars in Italian cinema today.


Valentina Lodovini was born in 1977 in Umbertide, a small commune in . She spent her childhood growing up in San Sepolcro in . Since she was a little girl, she always had dreams of acting, but didn’t pursue them until she graduated from college and went on her first audition. Since then, she’s done more than a dozen a films and is earning respect as one of the most sought after leading ladies in Italian cinema.


Lodovini has had a very successful career on the big screen. Her first role was in a film with some of the biggest names in the business. Ovunque sei was directed by Michele Placido in 2004 and stars Stefano Accorsi and Barbora Bobulova.

Despite her success in film, Lodovini continues to go back and forth between television, stage and the big screen. In a 2008 interview with Luxury Magazine, she said that it seems like a switch of language to her; a cinematic language, a theatrical language and a television language.  She appreciates the challenge of diversity in her career.  When she is considering portraying a character, she always starts from the story, and then assesses how different that character is from others she’s taken on in the past. She always tries to choose very different women because it gives her a challenge and let’s her explore the depths of her own skills.  When watching Lodovini at work, it is obvious that she indeed digs very deep within herself to bring out her characters. She becomes her characters and creates their own idiosyncrasies and uniqueness.  She acts out, she moves around, she makes use of the set and props. There’s never a dull moment when Lodovini is onscreen. When asked if there is still a character out there that she’d really like to play, she had this to say; “I would definitely like some edgier, dirtier, more realistic characters.  There’s too often a really frightening superficiality and vulnerability in cinema that ought to be wiped away. To fight that, I always try to convey the shades of grey within a character, the qualities that we can all relate to. For instance, if I have to play a girl next door type, I’d also like to show her imperfections and neuroses, making her more real and authentic.”