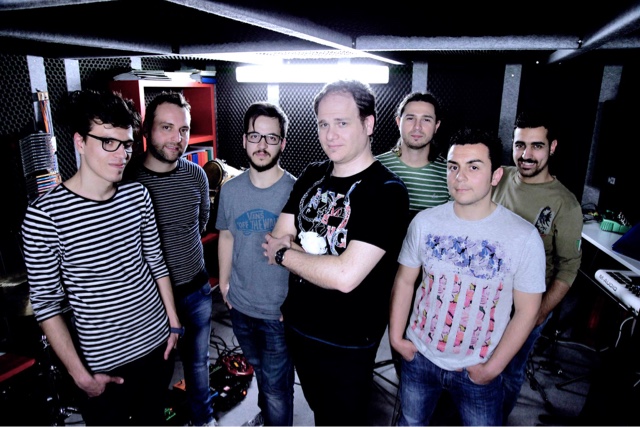 As part of my series, "Basilicata: Terra di Cinema, I am revisiting an article that I wrote for Chicago's Fra Noi Magazine back in 2007. It was inspired by a music video by the music group, Patchanka Soledada.

I've written often about the new generation of Italian filmmakers who take their cameras to the streets and offer a real perspective on everyday Italian life. Well, I discovered a wonderful film in which a group of artists have done just that.

Musicians turned filmmakers. It’s indie filmmaking at its finest and now it has brought to light one Basilicata town via the internet. Matera-based music group, Patchanka Soledada has created a short film to showcase their song, La più bella del mondo. The clip, which features a local couple walking around the ancient Italian town, has been watched by thousands and has brought international attention to the group and the beautiful scenic town in which they live. The uniqueness of the film can be found in the musical instruments that play a direct role in everything the couple does from driving in the car to eating at the local pizzeria to strolling along the promenade. The band used local Matera eateries, Ristorante Stano and Pizzeria Il Rugantino to give the video an authentic feel that transports you right to southern Italy. I spoke with the lead singer of the group, Nicola Petrillo, whose stage name is Pedro Wadada. He told me about the making of the film, the symbolism of the instruments and how his southern Italian town inspires the band’s work.

Patchanka Soledada's music is upbeat, thoughtful and intense. But at the same time, it’s amusing and funny. It’s a mixture of sounds and colors that give our band an indefinable sound. From reggae to ska to rocksteady, we use several sounds to express every mood.

What is the concept behind your short film and the reason you chose to use instruments in the scenes with the actors?
With the help of some friends, we took on the huge challenge of making a music video. With the director, Giancarlo Fontana, and our executive producers at Bluvideo, we recruited local actors. The idea, born from one of my suggestions, was to launch the message that life is music, music is love and love is life in a continuous circle without limits. The instruments are in the hands of common people because in a way, each one of us plays something. In everything people do, they are playing music. So, this big world we live in is just made of notes. There are still multifaceted unsolved meanings to the film and I’m very happy that many people are trying to give their own meaning to it. I believe that this is the magic of art: each person can read into it and relate to it in their own way.


Does the beauty and charm of Matera play a role in your work?
Of course! Starting from our town Matera and including our entire region, our landscapes resonate a huge potential in ourselves. Our work shows the territory, its beauty, its hidden treasures, its possibilities…as well as its contradictions and problems. It couldn’t be different. In this area, you can live a life still linked to the land, where years of history are visible wherever you look. The peace, the slow pace of life and the tranquility inspire us. But words don’t do these places justice. You can just live them. You can sip a glass of Aglianico, but in words, it has no flavor.


What is your dream?
My dream is to live the music without ever getting bored of it, without big ambitions or unattainable dreams, without insincerity or false modesty. I would like simply to wake up in the morning and be sure that my role in this world is to be a musician!


And whether he knows it, this musician is also a talented filmmaker. Eight years later, the band is still together. Check them out on Facebook or go to the band’s website at www.patchankasoledada.com.
at July 08, 2015