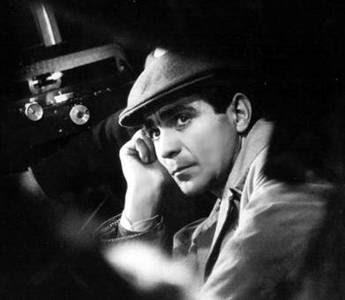 The beauty about Italian cinema is that its past continues to flourish while new filmmakers emerge creating their own masterpieces. When I talk to the contemporary filmmakers, they give credit to their predecessors, acknowledging and respecting the foundation those maestros painstakingly built.

This weekend, two beautiful stories have come out of Italy paying tribute to two icons of the past and the really special part of this is that both filmmakers are still living and very involved with the new generation of Italian filmmakers.

The 2015 Masters of Light at TDC is celebrating legendary cinematographer Giuseppe Rotunno with screenings of five of his films "illustrating his artistry and genius" .. and the announcement of a museum dedicated to the work of Franco Zeffirelli was just made in his hometown of Florence.

Rotunno is one of the most prominent cinematographers of all time. Throughout the decades, he has collaborated on great masterpieces of cinema alongside directors such as Federico Fellini, Mario Monicelli, Luchino Visconti and Terry Gilliam. The first film he worked on goes back to 1943, as a camera assistant on “L’uomo dalla Croce” (The Man With a Cross) by Roberto Rossellini.  In 1956, he made his debut as a cinematographer working alongside director Carmine Gallone on “Tosca” followed  by “Le notti bianche” by Luchino Visconti and “Montecarlo” by Sam Taylor.

At the end of the 1950s, Rotunno shot "La grande guerra" (The Great War) by Mario Monicelli and "Policarpo, ufficiale di scrittura” (Policarpo, official writing) by Mario Soldati, for which he was awarded with both Best Black & White Cinematography and Best Color Cinematography at the 1960 Nastri D'Argento Awards.
The ‘60s proved to be an epic decade for Rotunno. He made an indelible mark on global cinema with iconic films like Visconti’s “Rocco e i suoi Fratelli” (Rocco and His Brothers) for which he won another Nastri D’Argento for Best Black & White Cinematography.
He teamed up with Visconti for three more projects during that decade: “Boccaccio ‘70” in 1962, “Il Gattopardo” (The Leopard) in 1963 for which he won another Nastri D’Argento for Best Color Cinematography, and “Lo straniero” (The Stranger) in 1967.
He also worked on Vittorio de Sica’s 1963 “Ieri, oggi, domani” (Yesterday, Today and Tomorrow), John Huston’s 1966  “The Bible,” that earned him the prize for Best Cinematography at the David di Donatello Awards, and started his collaboration with Federico Fellini on “Toby Dammit” in 1968 followed by “Satyricon” for which Rotunno won another Bastri D’Argento Award for Best Color Cinematography.

Rotunno also served as cinematographer for Peter Del Monte's 1987 "Julia & Julia," the first feature film shot using high definition television taping techniques, then transferred to 35mm film for a theatrical release.
In 1979, he earned an Oscar nomination for Best Cinematography and won a BAFTA Award for his work on Bob Fosse's "All That Jazz."
For more than 20 years, Rotunno was the head of Cinematography at the Centro Sperimentale di Cinematografia – Italy’s national film school, influencing new generations of Italian cinematographers. 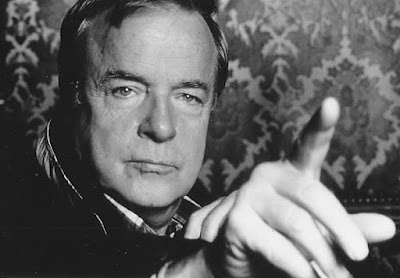 Franco Zeffirelli was born Gianfranco Corsi on February 12, 1923 in Florence. He is a prolific filmmaker who has worked as director, designer and producer of opera, theater, film and television. He is revered for his extravagant opera productions and film adaptations of Shakespeare.

Zeffirelli attended the University of Florence where he studied architecture, but while there he became involved with the school’s theatre company. His studies were interrupted by Germany’s occupation of Italy, and he became a Partisan, serving as an interpreter for the Scots Guard. When the war was over, he went to Rome to pursue a career in theatre. 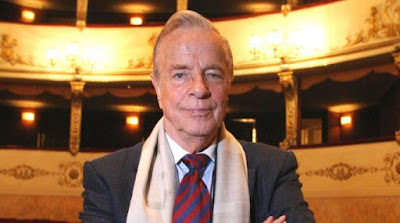 In 1946, he joined Luchino Visconti’s Morelli-Stoppa Company as an actor and stage director. After working with Visconti on the 1948 "La terra trema" (The Earth Trembles) and other films, Zeffirelli began to concentrate on stage design. His first major design for opera was a production (1952–53) of Gioachino Rossini’s "L’Italiana in Algeri" (The Italian Girl in Algiers) for La Scala in Milan. He worked on a number of other opera and theatre productions—including the operas "La Traviata," "La Bohème," "Tosca," "Falstaff" and "Carmen"—from the 1950s through the beginning of the 21st century.


Sources- www.terradicinema.com and www.britannica.com
at July 05, 2015