Italian-Born Director to Represent Germany in Race for the Oscars 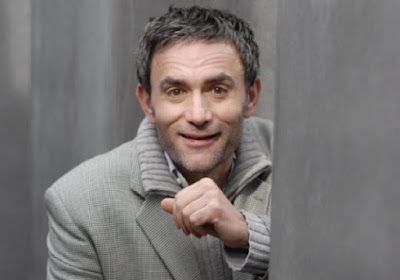 The new movie by Giulio Ricciarelli, the acclaimed director of Labyrinth of Lies is among seven projects selected by the Italian-German Committee of the Fund for Co-production Development Activities between Italy and Germany. The committee,which convened in Rome on 3 March, evaluated a total of 16 projects: eight were Italian, seven were  German and one was a parity co-production project. See Cineuropa for more information.


A nine-member jury assembled in Munich has selected the German candidate for the nominations for the Oscar for Best Foreign-language Film:  Labyrinth of Lies by Giulio Ricciarelli.

Born in Milan in 1965, Ricciarelli is an actor and producer, known for Rossini (1997), Black Money - Verfilzung... Macht... Korruption (1990) and Und die Braut wusste von nichts (2002). Even though he was born in Italy, he is considered a German filmmaker, as he primarily works in Germany. "Labyrinth of Lies" is his directorial debut.  The film is a drama that deals with the conspiracy among various German institutions to conceal the Auschwitz crimes in the years following the Second World War. Based on true events, "Labyrinth of Lies" tells the story of the efforts of a young and ambitious public prosecutor, played by Alexander Fehling, to ensure that those responsible are brought to justice.

After presenting the film at the Zurich Film Festival last year, Ricciarelli spoke to Cineuropa. Here is that interview.


Cineuropa: There are a lot of films that deal with the Second World War, but Labyrinth of Lies shows something different and rather controversial, that is, the period in which most of Germany had no clue what had happened in Auschwitz.
Giulio Ricciarelli: I wanted to tell an important part of German history that has been forgotten and ignored even by cinema. For a long period of time, Germany tried to deny and forget many crimes, and therefore I wanted to show how a group of individuals had committed itself to changing this situation. I thought this was a story that deserved to be told.
After having started your career as a theatre and television actor, you decided to shoot a couple of short films, and now you have made your feature debut. How did this transition come about?
I have always loved cinema. When I decided to move on to directing – and this was a complex journey – I was not afraid to do that in film rather than with theatre or television, where I had my background and experience. On top of that, I wanted to deal with the project in the simplest way possible, only inserting what was essential to make the audience understand. I had to be very strict with myself, because the plot is really complex. 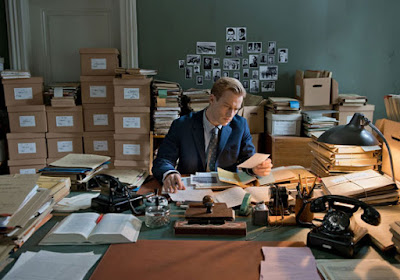 What made you choose Alexaner Fehling for the role of the lead character?I had seen some of his films, and I was struck by his charm, which was like that of a classic movie star. It is a trait that few actors possess these days, and it was exactly what I was searching for for that character. Besides that, another rather important thing was that he has very “German” features.
Other German productions, such as Downfall and The Lives of Others, have also shown Germany's history from a critical and objective point of view. In your opinion, why are these kinds of German films being appreciated so much by international audiences?I believe that audiences appreciate the fact that some of these films have the courage to deal with political matters in such a determined way, especially in difficult times like the one we are living in now, periods in which the world is struggling with numerous problematic situations. Also, who could possibly be interested in a love story between two German students when that's something that could easily happen anywhere else in the world?
After Toronto, it looks like the title will be distributed in a lot of countries.Besides the German-speaking countries, it will be released in France, Italy and Israel, all of which had already been interested in the film after they watched the trailer, and even before it was screened. Furthermore, Sony Classics expressed an interest in the movie at Toronto, which has helped sales enormously. As things stand, the film will also have a release in Canada, the United States, Australia, Japan and most likely Spain, too.

Watch the trailer with English subtitles..
at August 28, 2015