Immigration is a very hot topic across the globe right now. Whether the headline is about young Syrians escaping their war-torn homeland to seek refuge in Europe and build new lives for their families- or the boatloads of North African refugees populating the shores of southern Italy and Lampedusa- or leaders of the United States looking to build a wall at the border of Mexico, it seems that immigration is affecting just about everyone these days.

Indie filmmaker, Federica Foglia, took her own story of immigration and turned it into a film that was selected for the Short Cuts Program of the 2015 Toronto International Film Festival. Foglia is an Italian who immigrated to Canada. The process of assimilating was not an easy task. So she delve into her love of art and film to set some roots and feel at home. That experience inspired her to make the short film, Exit/Entrance about a young artist who wanders the streets of his new town, exploring the nostalgia he feels for the home he left behind and the desire to belong to the home that he is trying to build.

I spoke with Federica Foglia about the inspiration behind this film and why the topic of immigration is so close to her heart.

What inspired you to tell this story of immigration?
Leaving home, finding my place in a new country, and trying to belong without losing myself. Immigration is not just physical relocation, it's also the process of finding your emotional center. Therefore the title of the short... For three years, I wrote and wrote and wrote many poems, letters and stories that dealt with my feelings of displacement, the way I looked at someone in the street and thought I was seeing my best friend...the brain made this association between familiar faces and foreign physiognomies. You constantly feel in limbo and you miss all the certainties of your old life. You wait and wait till you get an approval for a visa and then in the meanwhile you feel that you don't belong to this new land yet....and that your old homeland is slowly forgetting you. It brings a lot of mental distress. It's the hardest thing I've ever done. This short was my way of getting all the struggles of immigration out. It was my little contribution in raising awareness about what goes on in an immigrants' heart. I hope it will resonate with many people. 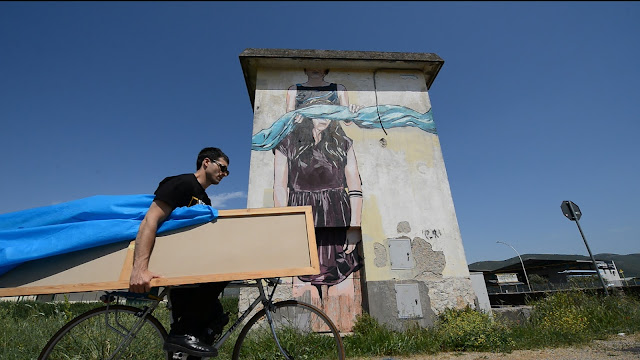 Is it a true story, in a documentary-style?
It's inspired by a true experience, my three years as an "immigrant" in Canada.
It's not a documentary and it's not an ordinary short for sure. I tried to use symbols, allegories and metaphors to represent a universal state of mind, the state of mind of someone who is in between two or more places, always migrating, and trying to find a way to belong.

In your film, is the subject a clandestine immigrant?

The very act of immigration is clandestine. There is a lot of guilt associated with the decision to leave your land of birth. Nobody wishes to leave their homeland. If we do so, it's because we are not finding the ideal conditions to grow and develop and flourish.


What are the special aspects of your main character, this artist?
The artist is a symbol, a symbol of free expression that is finally dependent on the largesse of others to legitimize their creative spirit. Art is also the "tool" with which I managed to keep myself together during these years away from home. When you are in a place where you have no roots, you hold on to something that you can carry with you and that is part of your heritage. For me that was art, my photography, my writing, films...these are things that are universal and make me feel at home.

As an Italian, what are your thoughts on the illegal immigration crisis.. in particular, the situation with all these boats oversizing lately and lives lost.
It is something that hurts me deeply and that angers me. I am in shock mainly because we are all responsible for this, and yet very few people are proactively doing something to fix the situation. Small humanitarian organizations, especially in Italy, are being an example of generosity, compassion and "pietas" that is very instilled into Italian genes - but this is not enough.
I am amazed how the first world countries can be effective when it comes to "fix" first world problems. I see a lot of hypocrisy and increasingly scary racism as well. My heart is broken - and I am personally feeling ashamed and responsible for this situation and I know I am not doing enough to fix it. When you see dead bodies of kids washed up on the shores by the waves of the ocean, what else is there to say? 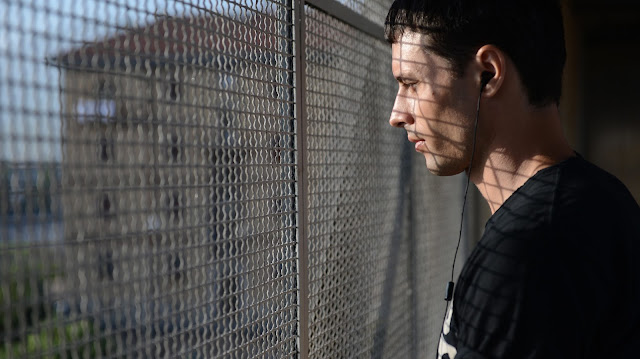 How has becoming an immigrant yourself, in Canada, given you insight and/or empathy on this subject?
Coming to Canada was the greatest journey I have ever undertaken. When I first arrived in Toronto, I was very excited and unaware, but then I realized that it was very different than what I expected, maybe because I am a little naive too. The discomfort started growing when I realized how career and job oriented everyone is here, which is great but made me feel as if I was losing my human side. I have to say I also experienced racist comments, because I did not belong here...and I felt marginalized many times. I feel this happened because there is not enough awareness around immigrants in Canada. Canadians should be made aware about the emotional journey of an immigrant and the stress that they undergo. It's not simple and most of the time people think :"Oh well, in your country you had no job and no house. Here you have a house and a job, so what is there to complain about?" But, trust me... that's just the tip of the iceberg. An immigrant brings a lot of emotional distress, a lot of nostalgia, hopes, the desire to belong and be embraced... the melancholy. Their families and birth places are in their heart every single day. So, the next time you face an immigrant, be kind and embrace his/hers challenges. Making this movie has changed, and is changing my perception of Canada though. I am amazed at the number of people that genuinely helped me make this movie. It has been made BY CANADA. Starting with Deepa Mehta and David Hamilton, the professionals at Technicolor, Tattersall sound studio. All these people are huge professionals and they treated me with great respect, willing to mentor and support a young artist. What is great about Canada is that it nourishes and cultivates its talents...and the more ,the merrier. I felt at home finally and I felt that I would never trade this country for any other in the world, despite its many controversies. Also what's great about Canada is that it lets you continue to embrace your indigenous culture while immersing yourself in Canadian culture. For me it's a place where you can still dream and make your dreams happen.
at August 31, 2015