Basilicata: Terra di Cinema- 5 Questions for Alexander Maffei – a creator of “While” Webseries 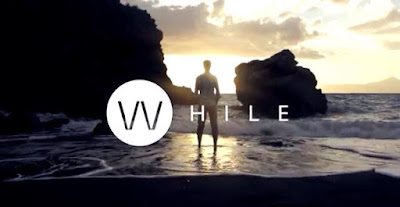 A brand new webseries is about to hit the YouTube airwaves. Shot entirely in the region of Basilicata, While focuses on an 18-year old man who sets out to discover his identity while affected by a mysterious power. It is a 7-episodes-long science-fiction webseries directed by Alexander Maffei and Simone Martone. It premieres December 28, 2015. I asked creator Alexander Maffei to tell me all about this interesting new series, and he responded with an articulate, detailed account of every stage of the project.


What is While about? What is the plot?
While is the first Italian webseries about time travel. It is about the journey through time and space, and also in the mind and in the conscience of an 18-year-old boy who has the ability to travel through time, without being able to change the events he experiences. He decides to find a way to free himself from this condition of imprisonment, and to do so he will have to go to extreme measures.


In which locations around Basilicata was it shot?
It was shot in many locations, all in Basilicata, such as the Pollino Range, the Calanchi, the Sassi of Matera, the countryside near Matera and Maratea, the wonderful city by the Tirrenian coast.


Tell me about your journey from the initial idea of writing the script to shooting to where you are today.
Two years ago, we first decided to make an actual TV series, since we were - and are – TV series addicts. What we wanted to do was to show something to the world that was original and made without any budget by following the entire project from the beginning of the pre-production until the end of the development. It has not been easy because we had to be producers, directors and editors. In fact, the work is not finished yet. "While" has not been a flat project: it has evolved incredibly fast. The initial idea was to shoot everything with a smartphone and to be even the actors! Fortunately, the project has changed since that time.


We think we can describe this evolution in four moments:


- First of all, the casting.. We really could not imagine how many people would have been interested in our webseries: we met fantastic people such as Walter Nicoletti (actor and casting supervisor), Loredana Ruggieri (set-costume designer) and all the actors (Nicola Olivieri, Alessandro Venturo, Laura Zaccheo, Brunella Lamacchia, Chiara Zaccaro, Claudio Vicenti and Giuseppe Sole). "While" would not exist without them.


- Second, the moment when the script was finally complete, after one year of hard work, just a week before the start of the production! At the same time, David Cinnella - who studied Directing and Script-Writing at the Academy of Arts University of San Francisco - joined the project. He was already a friend of ours, and decided to help us as the Director of Photography.


- Third, the production, which represented one of the most difficult and exciting experiences of our lives.. It was five months of work with just the two of us organizing it. We worked every day, even throughout school hours to get the best program possible, considering that we did not have paid actors who would be on set whenever we required them to be. We had to work around their and our hobbies, activities and other things.

- Fourth, the editing.. We started editing as soon as we completed the shooting of the scenes of the first episode. It took us about 2 months to get a decent copy of the first episode, but that was considering a long time working on the main title sequence and music. We worked separately on Premiere CC and Sony Vegas (video editing software) and completed everything on Premiere CC. 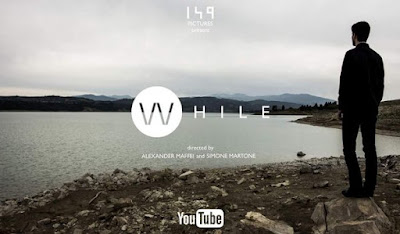 Basilicata has been referred to as the "Land of Cinema". What are the qualities that make Lucania such a great place to shoot?
Probably because of the extreme variety of landscapes the region offers: within the same area, you can move from mountains to wonderful seasides, to extended hills and desert-like areas, to ghost towns and valleys.

Where and when can we see While?
You will be able to see While on Youtube, Vimeo and about another 30 streaming services online, starting from the 28th of December, when the first episode is coming out. The link to the Youtube channel is www.while.tk, where we have already uploaded the first 2 trailers and 2 behind-the-scenes videos. In the meantime, you can follow all updates on our Facebook page and Twitter page.

10 April
The fourth episode is now online- While - Episode 4

12 June
The fifth episode is now online- While - Episode 5

14 August
The sixth episode is now online- While - Episode 6