Francesca Bertini: A Trailblazer Ahead of Her Time 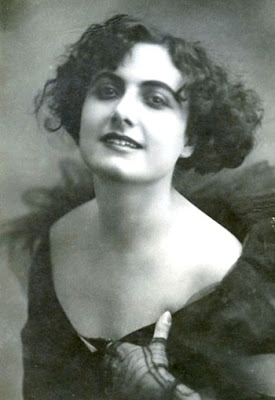 Considered one of cinema’s original divas, she was a pioneer of the neorealism process of filmmaking before it was a movement.

Born in Florence in 1892, much of Francesca Bertini’s early life remains a mystery. She was named Elena at birth but her last name is unclear. Her mother, Adelina di Venanzio Fratiglioni, is believed to have been a stage actress, single at the time of Bertini’s birth. She married a Neapolitan named Arturo Vitiello. Bertini was given his name, and mother and daughter relocated to Naples. There, Bertini began working in local theater productions. At the age of 16, she moved to Rome to focus on her career as a professional actress.

After years of working in theater and appearing mostly in short films, she landed her breakout role in Baldassarre Negroni’s 1914 “Histoire d'un pierrot” (Pierrot the Prodigal). Bertini is radiant in the role of Pierrot, a young woman who meets a tragic end after being led into a life of drinking and gambling by the local wine merchant. The role launched Bertini’s career as an internationally acclaimed actress.

Her follow-up, the 1915 film “Assunta Spina,” which she co-directed with Gustavo Serena was an international hit. The film follows the ill-fated love affair between Assunta and Michele. Bertini was originally cast in an early Neapolitan production and was key in adapting the story for film. She brought the dramatic performance of the stage to her big screen portrayal and mixed with the natural light and shadows of the set, created an immortal character that has stood the test of time. Bertini wasn’t originally recognized for her direction but in later years, received due credit. She and Serena created an epic cinematic story of love, passion and envy while capturing stunning, vivid images of 1915 Naples and its inhabitants. 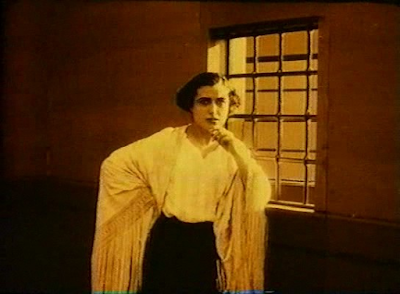 Bertini often recounted the experience of making “Assunta Spina” in interviews. She spoke of the casting process which entailed wandering around Naples choosing ordinary people from the streets, a practice made famous during the post-WWII neorealism film movement some 30 years later. In an interview with Gianfranco Mingozzi, director of the 1982 documentary about Bertini titled, “The Last Diva,” she states her belief that she should be regarded as a pioneer of neorealism because she was ahead of the movement’s method, saying it was she who first had “the idea of shooting down in the streets, going to the town hall and finding extras in the streets.”

Bertini made 120 films in 10 years during the silent film era and at the height of it, was considered the most powerful woman in Italian cinema and also the highest paid. She was known as a temperamental and demanding force both on and off screen. That persona contributed to her success in Italian cinema, which was considered around the world, in part thanks to her, as “diva film” with its dramatic, tragic endings. Bertini had the signature final death scene down to an art form. 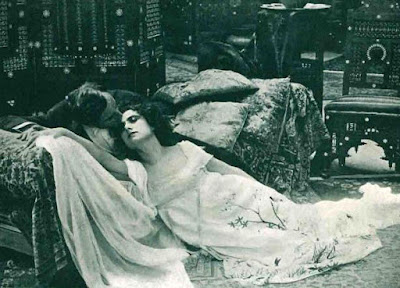 In 1921, Hollywood knocked at her door, offering a million-dollar contract with Fox. She initially accepted the offer but later reneged because she married suddenly and her husband, Alfred Paul Cartier, a wealthy Swiss heir, did not want her to return to cinema. She slowed down the pace of filmmaking and took a few years off during the ‘20s after the birth of her son. She later said in an interview for Rai Storia that she willingly left for love. “I was very happy with my husband,” she said. Asked if she had any regrets, she adamantly replied, “No, none.”

The following decade, which brought the advent of talkies, proved to mark the beginning of the end of her career. She made a handful of films in the ‘30s but did not have much success due to her delicate-sounding voice and over-the-top acting style.

Bernardo Bertolucci convinced her to make a comeback in his 1976 epic “Novecento” (1900), the story of two friends as they struggle through five tumultuous decades of Italian society. It's been said that Bertolucci worked hard to convince Bertini to come out of retirement to play the part of Sister Desolata. She only appears briefly at the beginning of the film getting off a carriage and later in a dinner scene but it was a good choice. She approached the role from a comedic point-of-view, adding some much-needed levity to an otherwise dark, violent film.

Bertini passed away in 1985 at the age of 93 leaving behind a legacy of early cinema. It's important that we keep alive the work of pioneer women in film like Bertini. Although their works are now considered "old cinema," these filmmakers were the contemporary trailblazers of their time. Their hard work and sacrifices helped pave the way for their contemporary counterparts of today.