The Italian Films of the NYC Independent Film Festival

The NYC Independent Film Festival is coming up at the end of April. There are about a half dozen Italian films. Check out the diverse selection.

“The Friend” (L'amico)
-Director’s name not announced yet
April 28

“Fucking World” by: William Mussini
2-minute Experimental Film
April 29
Modern man lives his life (day) in just under a minute and thirty seconds. Lives frustration, joy and sense of incompleteness jumping from one emotion to another, from a knowledge gap to a lack filled by media messages. As a final gesture kills the world carrying the ransom that frees him from the daily derailment.
Buy Tickets 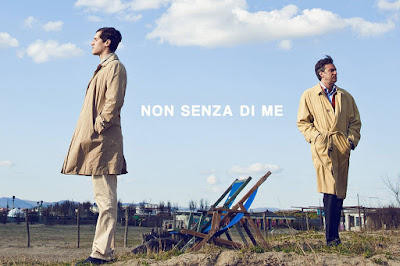 "Not Without Me" (Non senza di me) by Brando De Sica
April 27
A very possessive father imposes to his son a life devoid of independence.

"Rocco Has Your Name" (Rocco Tiene Tu Nombre) by Angelo Orlando
-Spanish film by Italian-born director
May 1
It's a typical day like many others in the life of Bobo Benso. But this time, something breaks the routine: a stranger is installed in home... says his name is Rocco. Bobo slowly discovers has been overrun, excluded, evicted from his own life and is now in no man's land.
Buy Tickets


April 28
There is a B&B where every room is a city of the world. You can choose the room-city you want to go to and you'll live in its time zone. It's a training course for long distance relationships.

"Waiting” by Cristian Piazza
April 27
Three Italian Immigrants aim for a second chance in life in New York City. Floriano Pagliara is a Professional Boxer looking for self-validation. After a humiliating defeat back in Italy, he needs to regain confidence. His career is his Identity. He finds a new trainer and a shot at a World Title against an American Champion. What will do it for him? Going the distance or winning the title? Paolo Buffagni is a former Actor without any musical instruction; He reinvents himself as an Opera Singer at 30 after moving to New York. With little support for its new venture, he is constantly hesitant about his real potential and talent. His first major role is in Verdi’s Traviata. He’s looking for the recognition he couldn’t get back home. Paolo Inferrera ultimately wants to open a restaurant in New York. That’s one thing he happened to do well since moving. His former family lifestyle and his entitled way of living fell apart with his parent’s divorce. He is an aspiring entrepreneur that falls short and becomes a slacker hitting rock bottom. He tries to redeem himself in order to find his true Identity. In the meantime, they work their way up at restaurants, like thousands of others newcomers. WAITING is a Documentary about a longing for validation as a modern settler.

“Loneliness” by Vincenzo Stigliano
-Short Script Finalist Reading Session (not a screening, only a reading)
May 1
It's been a few months since Antonio (42) has lived alone and not left the house.
In the city, everyone thinks he's crazy after the sudden death of his wife. Her, during one night, made him lose his tracks. In the town it is said that his wife was woman of easy virtue.
Now,  Antonio’s thought is to feed the stray dogs in the vicinity of his home. He wants to get rid of the meat in his fridge.
One morning he decides to go out for a walk in the town.
People who observe seem surprised to see him back on the streets.
Antonio meets an old friend with his small son, and after giving the latter his little cake, he had bought for breakfast, he returns home.
He cooks and eats lunch alone.
In the afternoon, Antonio usually sits on the balcony of the house that overlooks the sea. He drinks a glass of whiskey and smokes a cigarette waiting for his friends, the dogs in the area who come back to him asking for food.
This happens regularly.
Antonio hears scratching at the door.
He goes through the kitchen, opens the refrigerator, takes out the meat and cuts a large piece. Then, he carries the meat to his animals waiting outside.
From the paper bag that wraps the meat, rolls out a severed finger of a woman.
His wife has not disappeared, she is only in the freezer.