The New Generation of De Sica 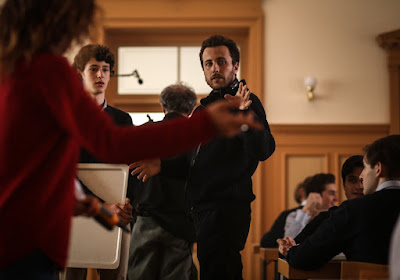 Recently through social media, I've discovered there's a whole new generation of De Sica filmmakers on the rise. Both grandsons of the great Vittorio De Sica, Andrea and Brandon are making films on both sides of the Atlantic.

Andrea De Sica's father was the composer Manuel De Sica, who worked on a number of films, including Michele Soave's 1994 dark comedy "Cemetary Man". He passed away in 2014. Andrea De Sica made his first short film in 2007 and has been quite prolific in his work ever since. He has spent the last few years directing television series. Just recently, it was announces that he was awarded funding by to make his first feature film. Cineuropa announced a few weeks ago that De Sica's new project "I figli della note" (The Children of the Night) was the only Italian movie selected during the latest Eurimages conference granting support for film production. Shooting began in early March in South Tyrol, located in the northern Italian region of Alto Adige. Although young, he has already worked alongside Bernardo Bertolucci, Ferzan Ozpetek and Vincenzo Marra since graduating from the Experimental Film Centre in Rome. 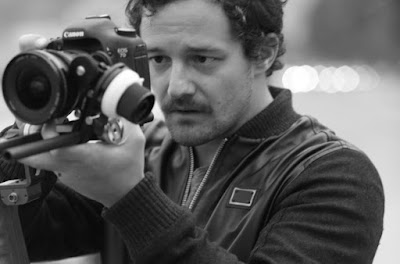 Brando De Sica is the son of Christian De Sica. He studied cinema at the University of Southern California and then returned to Italy where he began his career as an assistant to Pupi Avati. He made his directorial debut with the docu-film " Parlami di me", which was selected for the Rome Film Festival. Four years later, he directed and produced the short film, "La donna giusta", a personal tribute to the work of Roger Corman on Edgar Allan Poe, which was presented at the Taormina Film Festival. The following year, he collaborated with Massimo Gaudioso, Ugo Chiti and Edoardo Albinati on the screenplay of "Racconto dei racconti" by Matteo Garrone. In 2014, he made a fashion video for the handbag label Chaterinelle, later acquired by Rai Cinema and presented at last year's Cannes Film Festival. The film received many accolades, including a Nastro d'Argento for best director, a nomination for the Davide di Donatello award, and a Best Advertising award at the Diane Pernet ASVOFF, a Shaded View on Fashion Film. His latest film, "Not Without Me" will be shown at the New York City Independent Film Festival on April 27. Check here for more information.
at April 05, 2016