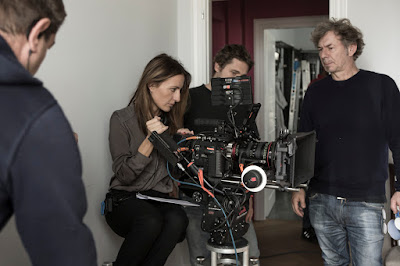 "I have an innate passion for human relationships, and how people manifest emotions, reactions and feelings."  Those words come from Italian filmmaker, Maria Sole Tognazzi. Born in 1971, she grew up surrounded by cinema. She is the daughter of legendary comedy actor, Ugo Tognazzi, one of the most prominent characters of the "Commedia all'Italiana".  Maria Sole is the youngest of four children and took a different path than her siblings. Unlike her brothers, Gianmarco, Ricky and Thomas, all successful actors, Maria prefers to stay behind the camera.

She started her career by working as an assistant director and made a series of video clips and a short film, Non finisce qui. Her follow up to that film, C'ero anch'io, set the foundation for her first feature-length film, the ensemble comedy, Passato prossimo. The all-star cast includes her brother, Gianmarco along with Paola Cortellesi, Valentina Cervi, Pierfrancesco Favino and Claudio Santamaria.

In 2008, she worked with Favino once again on the romance-drama, L'uomo che ama (The Man Who Loves), which shows love and loss from the point of view of a man. The man was being left and dealing with heartbreak, when so often we see the woman in this role. The film opened the 2008 Rome Film Festival and also opened to rave reviews in New York City at Lincoln Center's annual Italian film series, Open Roads: New Italian Cinema.  In 2010, her documentary Ritratto di mio padre (Portrait of My Father) also premiered at the Rome Film Festival. Among many unique elements, the documentary features home videos showing young siblings interacting with their beloved patriarch. The title is appropriate as Tognazzi really does present a beautiful, loving portrait of her father. Click here to watch the trailer for Ritratto di mio padre 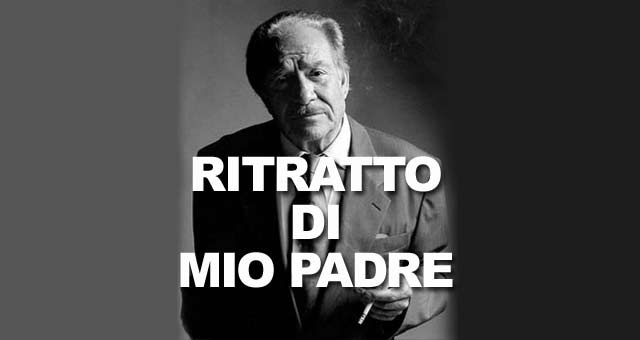 Tognazzi's latest film, Io e lei (American title- Me, Myself and Her) is the story of two women in a relationship together, a relationship that is tumultuous at times and carefree at others. Margherita Buy and Sabrina Ferilli portray lovers, Federica and Marina in a way that puts love first and the fact that it's a same-sex relationship, second. When the film was released in Italy last ear, the two actresses made the rounds all over Italian television answering questions relating to gay and lesbian relationships. But when I saw the film, that element was clearly secondary to the love and affection the two feel for each other. In an interview with Italian media, Ferilli described the film as "a story about sentimentality rather than homosexuality."

Federica and Marina experience the myriad of emotions anyone feels while in a relationship and after it's over. Although they are happy together, they face the same challenges and obstacles that everyone faces whether they are heterosexual or homosexual: insecurity, fear of abandonment and envy.


Although the film is being called a comedy, I really didn't feel like I was watching a comedy. I felt sadness for the characters- sadness for Buy's character trying to overcome her shame of being in a relationship with a woman, as it was her first time, and sadness for Ferilli's character in dealing with the consequences of that shame. The film seemed more like a drama with comedy relief because while the characters were riding a rollercoaster of emotions, the writers definitely managed to slip in some hilarious moments, taking full advantage of actor Ennio Fantastichini's limitless talent for comedy.
﻿

Tognazzi was recently in New York to presenting her film at Lincoln Center. We had a great conversation about her extraordinary childhood and about Italian cinema in general. We talked about its evolution from the 70's to what it has become today, and how the role of women in film has also evolved in Italy.

Tell me about your childhood and being surrounded by Italian cinema.
I am the youngest of four children. I have three older brothers. All three knew at a very young age they wanted to work in cinema. Ricky began as an assistant director and became a director and actor. My brother Thomas, who is from Norway, became a producer and also an actor. My brother Gianmarco always wanted to be an actor. He began when he was just 5-years-old. That’s why, being the youngest, I decided in the very beginning that I didn’t want to be involved in the industry. But.. there is a but. I grew up in a home where we just talked about cinema. I grew up in the country. There were always great directors coming over to visit.. like Pier Paolo Pasolini, Marco Ferreri, Mario Monicelli, Ettore Scola and Pietro Germi.. and also the great actors of that generation like Vittorio Gassman and Marcello Mastroianni. There was a great collaboration. Great films came out of dinners with everyone together. So I lived and breathed cinema since I was little.

So why did you decide to direct rather than act?

For one thing, I am shy and I don’t like to be in front of the camera. Even when I was 6-years-old at birthday parties, I didn’t want to be in pictures. I would always be behind the camera. So I knew from the beginning that if I ended up working in cinema, I would not be in front of the camera. I never had the desire to be an actress. All my brothers became actors perhaps because they wanted to emulate our father. It’s natural for a boy to want to be like his father. I began working in cinema after the death of my father.

Speaking to your father’s amazing generation of cinema, how do you feel Italian cinema has evolved to what it is today?
We’re talking more than 50 years of the history of cinema. But we’re not just talking about the history of cinema because cinema also represents the history of a country. It captures the historical period of a society. For example, in the 70s, cinema in Italy was free. There was an incredible freedom. For example, Marco Ferreri’s La Grande Bouffe would be very difficult to make today. That decade was very important for Italian cinema. It was marked by an incredible sense of anarchy and freedom. In the 80s, everything changed. And then in the late 90s, there was a rebirth of Italian cinema. It goes hand in hand with society. As the country is developing, cinema tends to represent it. So whether there’s freedom or not, cinema represents what’s happening at the moment. For example, in the last few years, with the exceptions of Paolo Sorrentino, Matteo Garrone and Luca Guadagnino along with other directors famous in America, Italian cinema is more conformist and that’s an issue because it tends to adapt to what the market wants instead of what the audience wants to see.

What is the situation for women filmmakers in Italy, directors in particular?
We are definitely smaller in number than our male counterparts but things are changing. There is a new generation of female filmmakers and they are great. Talented female directors like Alice Rorhwacher and Laura Bispuri are bringing hope that there is more room for women. Cinema is still dominated by men not only in the role of director but also in acting roles. Men have had the more important roles and women used to be just the wife or a supporting character. But now, there are more roles and better roles for women.

What do you want to say with your films?
I want to talk about women that I’ve actually met in my life but that I haven’t seen portrayed in Italian cinema- women that are free to choose how they want to live their lives. I did this in my last films, Five Star Life and Io e Lei. They are films in which I talk about women who are free. In the first case, about a single woman who is happy to be single. It’s her choice. In the second case, a woman who was married and has a son but then falls in love with another woman. I talk about women who have had very little representation on screen but they exist. I search to show them very true and realistic without creating caricatures. I want to show the reality of these women who are strong, independent and self-sufficient. They are new women that are not attached to the old stereotypes.