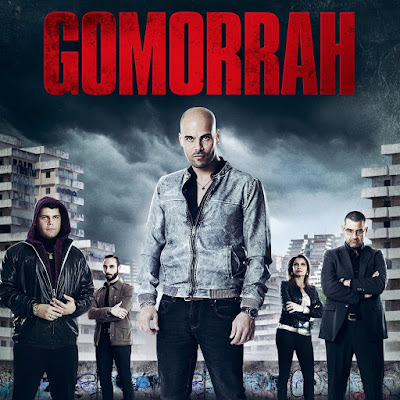 Based on Roberto Saviano's best-selling book about the Neapolitan mafia, the series centers on Genny Sevastano and his family's world of organized crime. Set in Naples, the show has come under criticism for depicting the city as a dangerous, crime-infested town. Those criticisms have not hampered the show's popularity. The action-packed compelling episodes are watched and praised all over the world. Primo Magazine recently gave a detailed recap of Season one and what's ahead for Season two. Click here to read the article.

Last year, I sat down with one of the show's directors Claudio Cupellini who was in New York promoting his latest film Alaska at Lincoln Center's annual Italian film series- "Open Roads: New Italian Cinema." We talked about his films and also about the Gomorarah series: its popularity and its criticism. 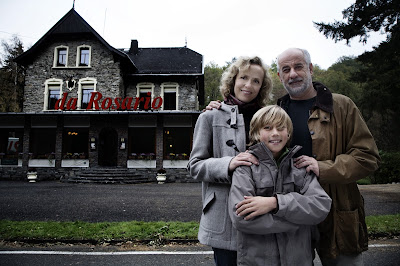 You’re from Veneto, so why do you want to tell the stories of Neapolitans? For example, your 2010 film, Una vita tranquilla with Toni Servillo and the Gomorrah series..
Italy is a small country and I know that a lot is happening in the south also because I know a lot of people from there. But when I was writing the script, I immediately understood Una vita tranquilla was not a story about Camorra. It was a story about a father and son and it was most of all a story about a man who cannot erase his past, and he’s trying to escape from his past. It was not a mafia movie. The mafia thing was all around the story created for this noir atmosphere but it was not the point and so it was easy even if I was coming from Veneto.

How many episodes of Gomorrah are you directing for the second season?
I directed three episodes of the first season. I directed four episodes this year, the second season. And I will also do the third season because it’s a very powerful series. I really enjoy shooting Gomorrah even if it’s terrible sometimes shooting there because it’s a place that has been totally abandoned by the government. So it’s sad. It’s difficult to shoot but there are interesting stories to tell because it’s the only Italian series that is something like cinema.

When I was Rome last September, there was a big story with one of the Neapolitan officials condemning the series, saying it’s not reflective of Naples and casts a bad light on the city.
Well that’s bullshit coming from some smaller politicians that don’t normally have coverage in newspapers, only page 45 maybe. And then they say something about Gomorrah and they know that they’ll have publicity.

Ok, so let's talk a bit about some of your other works, including Alaska, the film that you're presenting here in New York. I noticed that often in your films, there are several languages being spoken. This was especially so in Alaska.

I try to shoot and tell European stories. Just thinking about Italy now is something that takes away some freedom. I think that now the world is more connected and even the countries are easily connected. The young people are able to move along now and to travel and in this case as in the case before in my movie Una vita tranquilla, which was set in Germany, I needed to make my characters travel all around because it’s the world I see now. Story-wise, it was important because we were talking about people who tried to achieve a richness- a girl who is accustomed to move from one country to another to work and also the fact that I wanted Fausto in the beginning and in the second part of the movie to feel alone and foreign in a country that could be hostile.

And what about the casting? Did you have these actors in mind when creating the characters?
Yes, I’ve been asked that a lot and I think it’s because they fit the story and the characters so well. When I was writing the story, I was already thinking about Elio Germano for Fausto. I was already thinking about Valerio for the role of Sandro and I knew for sure that I needed a wide and good actress like Austrid for the character of Nadine. It’s true that in France I didn’t know all the actresses, so I did a lot of casting there. I felt often that I was close to finding someone but only in the end did I find the real Nadine and that was Astrid Bergès-
Frisbey because when I saw her, I immediately had the feeling that she was the right actress for Nadine and when I saw her near Elio when they did the first rehearsal, I said ok.

Just looking for a moment at the evolution of your career.. you’ve done three feature films and I find them all quite different.
I'm not sure. The first one was definitely a comedy. It was very different to begin with. I had the script ready, which was actually the script for Una vita tranquilla but nobody gave me the chance to do it because nobody knew me. So I had to do this first movie that was not something I wanted or thought I was going to do but it was useful in that I could then make my own movies. I think that Una vita tranquilla, Alaska and all the episodes of Gomorrah have something in common. I always try to talk about extreme feelings and there is always a sort of a tragedy coming but then the story can go to a different end like with Alaska.

Gomorrah will air on the Sundance Channel Wednesdays at 10:00 pm EST. Also check out my interview with Season-One cast member Ivan Boragine.
at April 24, 2017