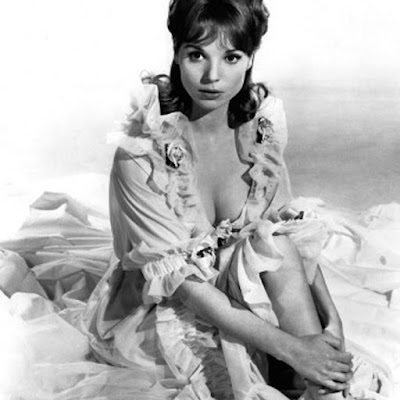 She’s been called “a kind of Audrey Hepburn with sex appeal.” Having worked in Hollywood and Europe, actress Elsa Martinelli’s pure beauty and innocent demeanor made her the perfect silver screen match for stars like Kirk Douglas, John Wayne and Gabriele Ferzetti.

Born in the Tuscan city of Grosetto in 1935, Martinelli moved to Rome with her family and worked as a model in the early 1950s. Shortly thereafter, she began making her transformation to acting by taking small roles in films like Claude Autant-Lara's Le Rouge et le Noir. In 1955, she was noticed by Kirk Douglas’s wife who had seen Martinelli in Vogue magazine and immediately had her in mind for the role of an American Indian for her husband’s forthcoming project. An offer was made and Martinelli was cast as Onahti, the daughter of a Sioux chief in Douglas’s Technicolor Western The Indian Fighter. A year later, she won the Silver Bear for Best Actress at the 6th edition of the Berlin International Film Festival for the title role in Mario Monicelli's “Donatella.” 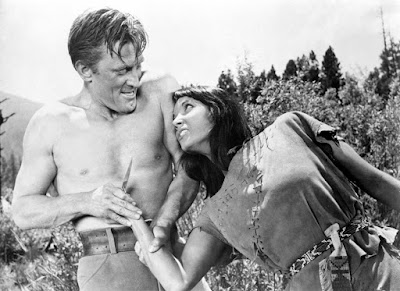 Martinelli divided her time between Europe and the United States and would go on to appear in films such as Raffaello Matarazzo’s 1956 The Rice Girl, Mauro Bolognini’s 1959 The Big Night adapted from Pier Paolo Pasolini’s novel, and Orson Welles’s 1962 “The Trial.” Also in 1962, she appeared in what would arguably be her most notable American role: Hatari! starring John Wayne in which she plays a headstrong, slightly stubborn photographer documenting the adventures of a group of hunters capturing wild animals in Africa. Martinelli is renowned for her enduring scenes with the baby elephants and when asked in a 2012 interview about her special affinity with the animals, she explained, “The trick is to feed them right away,” she said. “That’s how you become their ‘mother.’ So they got used to me and would follow me everywhere.” Martinelli was careful in balancing the damsel-like stereotypes in the type of “boy’s club” cast led by John Wayne, with a tough yet graceful ironic side, which of course challenged Wayne’s character to fall in love with her.

During those years, the Hollywood starlet that she had become was reflected in her personal life when she married Count Franco Mancinelli Scotti di San Vito, with whom she had a daughter, Cristiana Mancinelli. The marriage lasted from 1957 to 1966 and was eventually annulled, according to Martinelli’s daughter. In 1968, she married photographer and designer Willy Rizzo to whom she remained married until his death in 2013. Beginning in the 1970s with Rizzo, she worked as an interior designer. She was also noted in the late 60s and early 70s for her close friendship with Aristotle Onassis. The two of them met often in Paris, which was well-documented by the European paparazzi.

Fast forward to Eugene Levy's 1992 ensemble film, Once Upon a Crime in which Martinelli plays an aloof talent agent who leaves her client high and dry. Described as a "black comedy mystery," the film was made on location in Italy and France and stars Richard Lewis, John Candy, James Belushi, Cybill Shepherd, Sean Young, Giancarlo Giannini and Ornella Muti. Produced by the legendary Dino De Laurentiis, Once Upon a Crime is a remake of Mario Camerini's1960 comedy Crimen, also produced by De Laurentiis, and follows three dysfunctional couples through Italy and France as they become suspects in a murder.  Although Martinelli appears just briefly at the beginning of the film, she nevertheless brings her signature wit, irony and grace to the scene. It’s appropriate that Martinelli’s scene follows the beautiful opening shots of Rome’s famous piazzas all photographed by the iconic cinematographer Giuseppe Rotunno.

Elsa Martinelli succumbed to cancer in July of 2017, but was active right up until the end. During the 2016 Rome Film Festival, which marked the one-hundredth anniversary of the birth of Dino Risi, Martinelli participated in a tribute to the master of Italian-style comedy during a screening of Fabrizio Corallo’s documentary film, Dino Risi Forever. Following the screening, several filmmakers including Elsa Martinelli and Andrea Occhipinti shared their memories of Risi. I spoke with her briefly after the event. She was just as graceful as I had imagined. She was low-key, not at all a diva, and patient in posing for pictures with her fans. 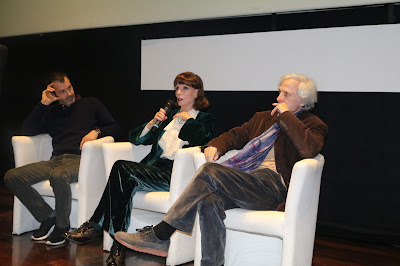 Elsa Martinelli left behind a wonderful collection of classic movies for future generations to enjoy. Many clips and complete films are easily available to watch on YouTube. Hatari! and Once Upon a Crime are available through Amazon.
at July 09, 2017