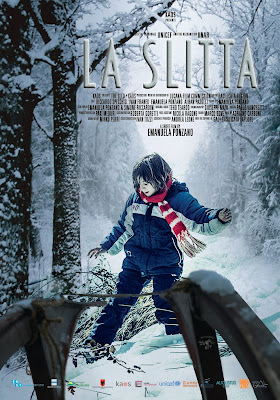 The Sled (La Slitta) by director and actress Emanuela Ponzano is set for its second showing in Los Angeles. The film was previously featured at the Los Angeles New Filmmakers Festival. It is slated for a theatrical release from September 15 - 21 at the Regent Theatre on Broxton Avenue. This marks the first American theatrical release for The Sled, which has been screened at more than 100 international film festivals and has racked up nearly 40 awards.

Shot in the southern Italian region of Basilicata, The Sled follows Alfred, a child who lives with his family in the woods near an isolated village in the mountains of Italy. His parents have strong prejudices against immigrants. Bored and unhappy, they often quarrel, and they pay little attention to their son and usually disregard his needs for attention and affection. One day, wishing to get away from this oppressive atmosphere, Alfred disobeys his father’s strict orders for him to stay at home and he leaves the house to go and see his classmates. On his journey through the woods he gets lost and he comes across a wooden sled and its owner, a young boy from another country who seems strange and different, and who Alfred has sometimes seen around the village. After an initial clash, in which they project the prejudices of their parents and society onto each other, they tell each other about their lives. They soon start to relate to each other and understand each other’s problems. Thanks to the sled, Alfred will have his first experience of a genuine relationship with another person. It's a beautiful coming-of-age story about discovery and tolerance. In today's climate of prejudice and intolerance, it's an important message for people of all ages.

I spoke with Emanuela Ponzano about the inspiration behind this film and its relevant social message.

La Slitta is a beautiful story about the human condition and the challenges in growing up. Why did you want to tell the story of this boy and his isolation?
Having been born abroad and personally having had a fair share of the many forms given to the word “immigrant”, I have chosen to direct my attention to the question of racism, which seems to have made a predominant come-back to our country and in the rest of Europe. According to the richly informative “Report on racism in Italy” relative to recent years, it appears that the current situation is not one to be taken lightly. The rhetoric of “foreigners stealing our jobs” is what fuels anger towards immigrants. Thus, in recent years, thanks to a spreading sense of foreboding caused by growing job insecurity combined with an incessant and alarmist media campaign, the migratory fluxes from North Africa and Eastern Europe have become targets of a new and disquieting form of hostility. My motivation for wanting to make this film is the desire to write and direct a short movie that is authentic, from the heart, and accessible to everyone; educational in the sense that it will deal with important issues such as racism and communication barriers between children and parents, as well as the indoctrination that children receive as part of their upbringing, which can indeed include racist inclinations that they are not yet able to discern. It’s about solitude, about dealing with and listening to other people, about dreams of a better life. 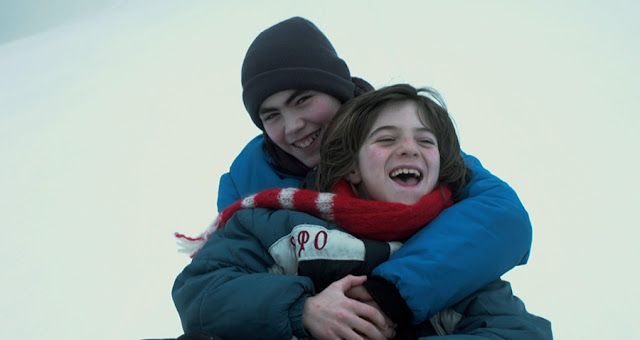 Tell me about the symbolism of the sled?
The surreal component in the form of the “sled”, as well as being the symbol of a downhill journey and a way out, lifts the film from its realistic narrative plane and allows it to add the intimate dimension of a child’s world and imagination. The sled and its owner, an Albanian boy (with his good sides and bad, as with everyone) are Alfred’s new friends. Through sport and games you can unite two different cultures.

In addition to being the director, you play the part of the mother. What are the challenges in directing yourself?
Well it’s not easy at all. A lot of work goes into directing, leaving little time to concentrate on  acting. So I worked a lot beforehand, and on set, I chose a good technical team. 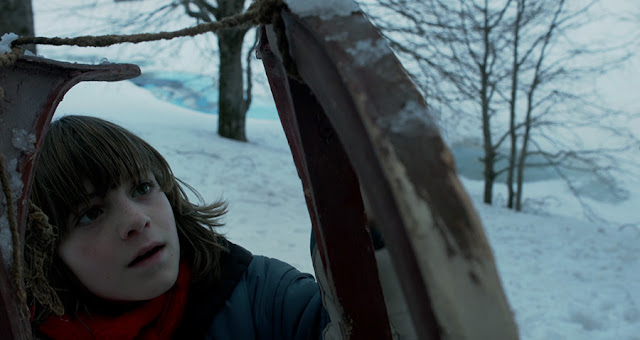 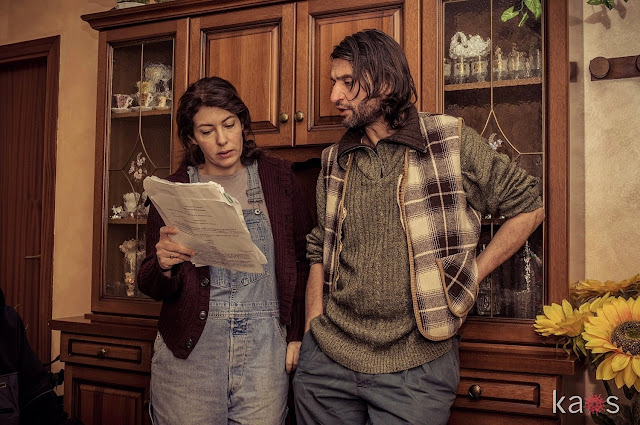 Born in Brussels, Ponzano divides her time working mainly between her birth city, Rome and Paris. In 1995, after having completed her degree in Political Science at the ULB in Brussels, Ponzano decided to dedicate herself completely to theatre and film. She was active in a cultural program for radio and studied dramatic arts at the Conservatoire Royal in Liège with Jacques Delcuvellerie (Groupov- Rwanda 94-Ecole des Maitres) and Max Parfondry, where she attained the diploma de Premier Prix in June 2000.

Ponzano has directed a number of films. In 2008, she directed the experimental short film Bagnasciuga and the short film Riflessi. They have since been shown at international festivals and won three prizes in 2010. The Sled is her second short narrative fiction film. She is currently developing the script for her first feature. Click here to watch the trailer. Click here to visit the film's website.
at September 08, 2017