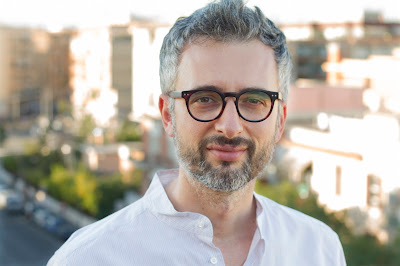 Inspired by a story related to him by an acquaintance, Marco Danieli’s "Worldly Girl" is a rare account of Jehovah’s Witnesses in Italy. Besides winning Best New Director at the Davide di Donatello Awards, Danieli won the Venice Film Festival’s Brian Award, established by the Italian Union of Rationalist Atheists and Agnostics and named in homage to the Monty Python film, "Life of Brian." Sensitively executed, "Worldly Girl" deftly and astonishingly portrays the devastating realities of class and religious oppression.

Afforded a lengthy interview with the director in the buzzing press room of Open Roads: New Italian Cinema at Lincoln Center, Danieli and I talked about creating a film from an atheist perspective. What Danieli reveals about this way of looking at the world might provide some insight to those unfamiliar with secularism and I am glad to be able to share this aspect of our conversation, in which Danieli also touches upon the recent spike in trend of religion-themed films.

Always refreshing to hear a man, particularly, speak frankly and thoughtfully about sexism, Danieli discusses how his film is more powerful with a female protagonist – to effectively portray the clear male chauvinism within the religious environment he explores in "Worldly Girl," as well as in our greater society.

Among other themes you will discover while reading, these two: critical thinking and consciousness of the woman question, are central to this interview, in which Danieli also describes in detail the particulars he discovered during his research of Jehovah’s Witnesses for the film and how the film resounded around the world, in diverse communities.

The film is very tactful and sensitive. Did you come at it from an atheist perspective? What inspired the story?
First, thank you. The film was sparked by the testimony of a friend who had a similar experience as an adolescent. That is, she fell in love with a “worldly” boy, as they say in Jehovah terminology. The boy was a small-time dealer, had drug problems. So, falling in love with him, the girl made a leap into the “world,” only to discover it was all more complicated than she could’ve imagined. My co-writer, Antonio Manca, and I fictionalized the story. We didn’t want to make an ideological film. It’s not a statement against Jehovah’s Witnesses. Clearly, it’s a secular film - even if only because we are not believers – but we sought not to make an ideological film, so all the characters – from the protagonist to the strict elder Witness, who has to make the toughest decisions where the girl is concerned, all have humanity. Obviously, controversial aspects emerge. For example, the role of women is officially subordinate to that of men; or what is called ostracism of the disassociated person: a strong reaction against a person who abandons or is expelled from the community. It’s an extreme reaction: they don’t even say “hello.” So, again, it’s not an accusatory film, but certain aspects – We tried to treat a very complex subject in a multifaceted way, so it was difficult to reduce it to a slogan.

Are there atheist-themed films that inspire you?
Religion is a theme that is back in style the past few years. There are even a number of religion-themed films. I don’t personally have a film I used as a model but the topic has certainly been revived, partly because the Western world is growing more secular – people are coming away from religion, even in Italy – while a minority of the population might be attracted by a more radical form of religion. Most likely because not having strong cultural references – apart from religious ones – someone who needs to find their bearings might find it in the more radical religions – be it Jehovah’s Witnesses, Mormon or Catholicism. What interested us was something more universal that goes beyond religion. Having had the opportunity to bring it to festivals in different countries – from Venice to Japan, Ireland to Israel – it was nice to be able to ascertain that even people from vastly different cultures understood the film and were moved by it,  perhaps for something different than religion – maybe the conflict a person experiences belonging to a certain cultural context not necessarily religious, and aspiring to be free.

The film takes on different layers of society: class, for example. What options does your young male protagonist have? And what human beings do for mere survival, because there is no other option. And these things happen here; they happen all over the world. This is why we make film.
The film is really about identity. It’s about a young woman in search of her identity. It has a great love story that dominates the film, but it’s more a coming-of-age story than a sentimental one, because Giulia is the true protagonist, whose love for this boy is a catalyst of change – for her personal and existential evolution – and not the end point of the film. Without giving away any spoilers..

Given that the protagonist is a woman, and there are too few films by and about women, what does it mean for you, to make a film with female protagonists?
It wasn’t intentional. I didn’t set out to make a film about a woman and I wasn’t really conscience of it. This young woman told me her story and it fascinated me. I could have told the story with a male protagonist and it would have been similar but not as effective because the Jehovah’s Witness community is sexist, which reflects our society in general. As much as it’s evolved, as much as there have been big steps for women, there is still a creeping sexism. Among Jehovah’s Witnesses, it’s official. When you read their orange booklet, it says women’s role is very important, but the man is in control. As we quote in the film, they say that just as Jesus’s master was God, so the man is the master of the woman. So, they are very sincere about women being submissive. They put it right out in the open. So, a female protagonist is much stronger. Also, the new script I’m working on, with the same writing partner, has a female protagonist.

Speaking of women’s role being established in this world, there’s a scene – spoiler alert – in which Giulia is judged by the three elders. I watched very closely to determine their intention, because they have a very “gentle” approach, yet it’s very invasive.
That is a pretty violent moment on a psychological level. This happens to both men and women. Obviously it’s more embarrassing for women because they are judged by men, and men that they know, who are a part of the community – friends’ parents, etc. – a very cohesive community, so they are judged by people they know well. It’s more embarrassing , say, than a judge in court. They enter into the specifics of the “sin,” and want to know every detail. If it’s sexual, they ask very precise questions so they can refer to the Bible and determine how serious the “sin” is. It’s a key moment in the film. We did a lot of research in writing this film. We interviewed current and former Witnesses, went to a Kingdom Hall, the actress went for her own research, we had a consultant who had been a Witness for 20 years.. We did everything possible to make it realistic. That scene in particular, which was very crude, was read by young women who had been through similar experiences, and they confirmed it. When the young woman who inspired the film saw it, she said it was very realistic and that scene in particular moved her because she had been through something similar, but that in her case, it was worse. According to her, we were not heavy-handed with it. 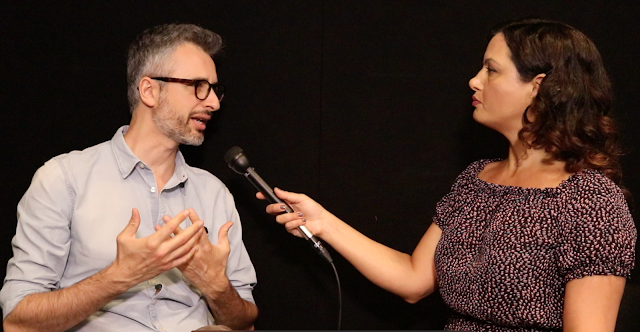 You won the Brian Award at the Venice Film Festival. It is very significant. What do you want the audience to take with them?
The Brian Award is given by the Italian Union of Rationalist Atheists and Agonostics. It’s interesting they gave me this award. I don’t consider this a film against religion. I don’t consider it a film against anything. It’s a film that wants to tell an honest story. We’re not journalists, so we can have a point of view and declare it; even if it’s subtle, it’s clearly a secular perspective on society. This story would be a perfect biblical parable if it didn’t end the way it does. Instead, the ending – as you’ll see – is different: the lost lamb does not return. It’s our invention, so it’s clearly from our point of view. The point of the film is that Jehovah’s Witnesses tend to demonize the world, saying the world is a place in which people get lost. I will agree that the world is dirty and one can get lost, and even a place where you need to find yourself. If you’re in a phase of life like our film’s protagonist, a transformational phase of seeking one’s own identity, it’s necessary to confront the world in order to understand who you are and not enclose yourself in a sort of castle in defense of the world.

You mentioned that your next project also has a female protagonist. Can you tell us about it?
Yes, it will have a female protagonist and a completely different context from the religious world, though it will still be around the theme of an individual’s relationship with a strong cultural context. Something I’m very interested in is the individual’s relationship with society – or as in "Worldly Girl," a micro-society, which, then again, Jehovah’s Witnesses in Italy compromise the largest of all Europe. So, the new film will have themes in common with "Worldly Girl," only outwardly, they seem completely different.

Watch the trailer for "Worldly Girl"...