The Mystic Cinema of Alice Rohrwacher 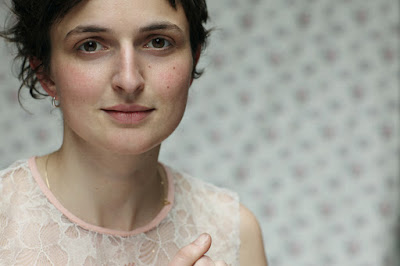 This week, the Museum of Modern Art in New York will kick off a retrospective dedicated to the work and collaboration of sisters Alice and Alba Rorhwacher. The lineup includes 18 films with the sisters in attendance to introduce them. The retrospective runs December 4-18. Click here for more information.

She’s one of Italy’s most promising directors and now she is teaming up with Martin Scorsese to present her latest work on Netflix.

The Film Society of Lincoln Center’s 2016 artist in residence is the Tuscan native director Alice Rohrwacher. Born in Florence in 1981 to an Italian mother and German Father, she attended Torino University where she graduated with a degree in Classic Literature. Her first jobs after college included writing for theater and playing music. She entered the film industry as an editor of documentary films before directing her first feature, Corpo Celeste (Heavenly Body), the tale of a teenage girl painfully assimilating into the culture of southern Italy and the Roman Catholic Church. The film premiered in Cannes Film Festival’s Directors’ Fortnight in 2011, and was then selected for a number of international film festivals before being released in the United States.
Rohrwacher’s second feature, Le meraviglie (The Wonders) centers on a family of beekeepers living in stark isolation in the Tuscan countryside. The dynamic of their overcrowded household is disrupted by the arrival of a silently troubled teenage boy taken in as a farmhand while a reality TV show (featuring a host played by Monica Bellucci) is intent on profiling the family. Both intrusions capture the attention of the eldest daughter, Gelsomina, who is struggling to find her purpose in the world. Rohrwacher gracefully conveys her adolescent sense of curiosity and confusion. The film won the Grand Jury Prize at the 2014 Cannes Film Festival where it premiered and features her sister. Italian A-lister Alba Rohrwacher.
In 2015 she directed The Djess, a short film commissioned by Prada as part of its women’s-only label Miu Miu. The ninth installement of the “Miu Miu Women’s Tales,” the film was shown in the Venice Days section of the Venice Film Festival. Also starring her sister Alba, “The Djess” features a stunning designer dress with crystal beads, which practically comes alive with emotion. The dialogue is presented as a made-up language and pokes a bit of fun at the world of high fashion with its temperamental models and hysteric paparazzi.

The common trait that Alice Rohrwacher’s films have in common is their sense of fantasy. Perhaps it’s the atmospheric lighting or the long, complicated silences between her characters. Whatever the process, she consistently succeeds in achieving a surreal atmosphere and this is the trademark and signature style of her work. She also tends to tell stories from the point-of-view of innocence, whether it be a child or teenager. In accepting her awards and talking about her work, she comes across as humble and grateful for the success she has had.
“I can’t imagine a better gift than to spend time in New York, take part in the events at the New York Film Festival, and to have the time to research in local archives and libraries for my next film,” said Rohrwacher upon being named the Film Society of Lincoln Center’s Artist in Residence. The program was launched in 2013 by Jaeger-LeCoultre and the Film Society of Lincoln Center as an annual initiative designed to support filmmakers at an early stage in the creative process against the backdrop of New York City and the New York Film Festival. During her residency, Rohrwacher worked on writing her third feature, Happy as Lazzaro, about the adventures of a man living on the margins of his society who can seemingly travel through time. The Film Society of Lincoln Center Deputy Director Eugene Hernandez describes Rohrwacher as “a distinctive filmmaker with a warm, infectious spirit.”
In addition to filmmaking, Alice Rohrwacher directed her first opera, a new version of La Traviata for Teatri di Reggio Emilia that premiered in November of 2016. Netflix will release Happy as Lazzaro in the U.S. on November 30. Click here to read the full story on IndieWire.
at September 22, 2018