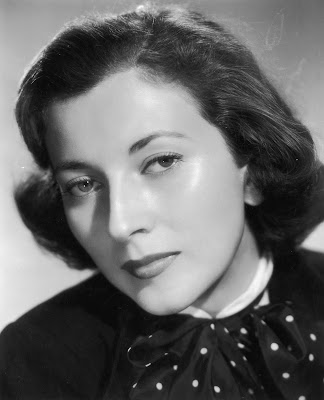 Actress Valentina Cortese has died at the age of 96.

She’s appeared in films with the likes of Humphrey Bogart, Ava Gardner and Audrey Hepburn, and starred in films by such masters as Michelangelo Antonioni, Federico Fellini, and François Truffaut. Last year, she was the subject of Francesco Patierno’s documentary, Diva!.

Born in Milan on New Year’s Day in 1923,  Valentina Cortese’s mother, an up and coming musician who had just earned her degree and did not want the birth revealed, placed her in the care of another family. Patierno’s  documentary, which made its North American premiere at Lincoln Center’s Open Roads: New Italian Cinema, explains Cortese’s childhood growing up among the “marvelous, strong people” of farming communities in the Lombardia region of northern Italy. Those early years of her life shaped the independent, honest woman she became. Cortese describes her childhood as “poor but warm.” Although she seldomly saw her real mother, she says that she understands why she couldn’t raise her.

Patierno’s documentary film is based on Cortese’s autobiographical book, Quanti Sono I Domani Passati(How Many Yesterdays Passed). The film is a marriage of the old and new with a treasure trove of old film clips and archival footage while contemporary Italian actresses and one actor read excerpts from Cortese’s book. On choosing the actresses for the readings, Patierno told me, “I did not want the actresses to imitate Cortese, so I chose eight women especially based on their diversity, to make sure that diversity formed the complex portrait that this great actress deserved.”

Among the testimony read is the story of her Oscar-nominated role in François Truffaut’s 1974 Day for Night. The film won an Oscar for Best Foreign Film and it's revealed why she found the director’s acceptance speech so heartbreaking. Actress Barbora Bobulova reveals Cortese’s true motivation behind signing a 7-year contract with 20thCentury Fox. She talks about her arrival in Hollywood and how she assimilated into the new and different way of life. She tells the story of how she came to work in Jules Dassin’s 1949 film Thieves’ Highwayand a chilling account of visiting him at home.

Patierno touches on Cortese’s 9-year marriage to American actor Richard Basehart and her influence on the early days of Audrey Hepburn’s career. The Neapolitan-born director says his biggest discovery in the making of this film was an actress who he had thought belonged to an old way of doing cinema, but instead found that her way was in fact very modern. He discovered “an actress who could bring her tormented life to the big screen and always turn it into a great emotion. (Valentina Cortese) is a courageous actress with a great personality.” 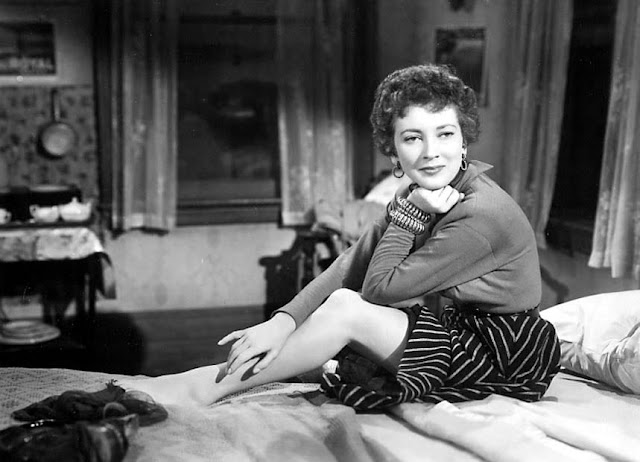 In every role she took on, she lent her character the air of intelligence and elegance that she naturally carries with her.Dassin’s Thieves’ Highway is a beautiful, nostalgic step back in time. Shot in the late 1940s, the film shows the typical American neighborhood of that era. What first appears as an immigrant family living the American dream soon reveals a tragedy caused by a business deal gone terribly wrong. When a determined son, Nick Garcos, sets out to get revenge for his father’s suspicious accident, he nearly gets taken by the same conman. Cortese plays Rica, a tough but good woman who falls in love with Nick, played brilliantly by Richard Conte. The two had strong chemistry and their scenes together are intense. The film shows the hard lives of the period’s so-called long-haul boys, workers who drove through the night to deliver shipments to markets in American cities.

In Luis García Berlanga’s 1956 Spanish comedy, The Rocket from Calabuch, Cortese plays the role of Eloisa, a kind-hearted school teacher. Eloisa is simply dressed and modest but Cortese’s natural elegance shines through. Scenes shot along the sea bring out her natural Mediterranean beauty. Eloisa falls in love with the mischievous Langosta, a trumpet-playing prisoner cleverly played by the beloved Italian character actor Franco Fabrizi. The Rocket from Calabash is a hilarious, feel-good story of friendship, simplicity and bonds that could never be broken. The film was available for a while on the new defunct Filmstruck. We'll keep you posted if it becomes available again.
at July 10, 2019