Series based on Tommaso Buscetta is in the works 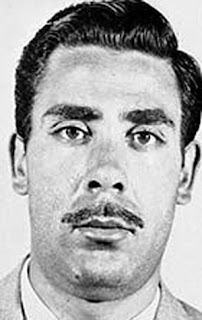 Variety is reporting that Mediaset is moving into the international TV arena with a high-end series about Tommaso Buscetta, the first high-ranking member of Cosa Nostra to break the Sicilian Mafia’s oath of silence.

Working-titled “Don Masino” the eight-episode show is being shepherded by prominent producer Pietro Valsecchi through his TaoDuefilm and TV shingle, which is fully owned by Mediaset.

Valsecchi, who has long been churning out hits on his home turf, has been developing the Buscetta series for six years. He was beaten to the punch by director Marco Bellocchio’s feature film The Traitor, the Buscetta biopic that has been a box office draw in Italy after launching from Cannes and is Italy’s Oscar candidate this year.

“It confirms that Buscetta is a powerful character,” said Valsecchi, who adds that the series will be “completely different” because it will cover the “full narrative arc of his story in its many facets.”

The Mediaset series arc will start from the 1950s when Buscetta, who came from a family of 18 children, was rising in Cosa Nostra’s ranks. It will thrash out the big moment when in 1984 Buscetta decided to start cooperating with Italian and, later, American prosecutors. Buscetta turned against the Corleonesi faction in the first major “betrayal” within Cosa Nostra’s high-ranks after a mob war caused the killing of members of his family. He died in Florida under police protection in the year 2000.


“The idea is to depict in depth the journey of this controversial character whose two big dramas are his dilemma in becoming a turncoat, which he did in a spirit of revenge, and his face-off with Totò Riina, [aka the Boss of All Bosses].” Riina embodied a more violent strand of Sicilan mobster, who made the Mafia’s code of honor stop “making sense” to Buscetta after most of his family had been annihilated, Valsecchi said.

The screenplay is penned by Graziano Diana, Claudio Fava (“The One Hundred Steps”), Monica Zappelli and Valsecchi who said other writers may come on board to give it a polish.

Talks are underway for as yet unspecified German and Brazilian partners to come on board. The “Don Masino” budget will be more that $15 million, Valsecchi said, adding that he is shopping the series to Netflix, Amazon and other global streamers.