Laura Bispuri – A Trailblazer Telling Stories from a Woman's Perspective 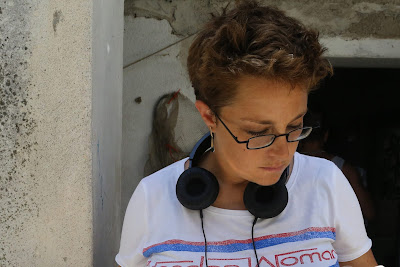 “I always wanted to talk about women – it has been my mission in my life and my work.” Filmmaker Laura Bispuri is part of a new generation of trailblazers giving voice to the plight of Italian women.

Born in Rome in 1977, Bispuri began studying cinema at La Sapienza University. After graduation, she enrolled in an acclaimed filmmaking workshop under the guidance of producer, Domenico Procacci. That experience made a powerful impression on the young director, inspiring many short films and documentaries between 2003 and 2009 that caught the attention of network television producers and film festival directors. Then in 2010, she made the breakout film that earned her a David di Donatello for Best Short Film.

“Passing Time” was ahead of its time in regard to the film’s theme of gender identification. Set in a spacious, cold house in the Italian countryside, a teenage girl is overcome by grief over the death of her beloved grandfather, the only person in her life that truly understood her and allowed her to be herself. In one last tribute to him, as he lay in rest on her parent’s bed, she switches their outfits in demonstrating her rejection of imposed roles. In doing so, she finds peace and liberation in mustering up the courage to wear the clothes that suit her best.

Bispuri’s 2011, “Biondina,” earned her a Nastro d'Argento for Most Promising Director. Shot in the Pugliese coastal town of Lesina, the film follows Biondina, a rebellious teenager who quietly struggles to comply with the rules and expectation of adults. Click here to watch "Biondina" on Vimeo.

Bispuri made her feature film debut in 2015 with the award-winning “Vergine Giurata” (Sworn Virgin). Starring Alba Rohrwacher as Hana, the film is based on the true stories of women in Albania who sacrifice their femininity and choose to live their lives as men in order to be granted certain freedoms. Set in the misty terrain of the mountains of Albania, the story appeals to the old law of the Kanun, swearing eternal virginity and therefore becoming a “sworn virgin.” After years of living this way, Hana feels the need to return to her life as a woman, and leaves Albania in search of a new beginning in Milan. The film was shown all over the world and earned Bispuri numerous awards, including the Nora Ephron prize for Best Female Director at the Tribeca Film Festival. 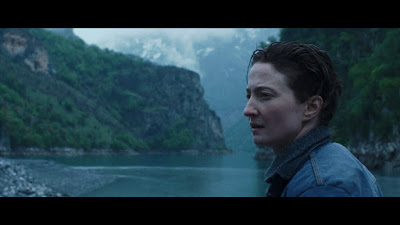 Bispuri returned to Tribeca in 2018 with “Figlia mia” (Daughter of Mine), which delves into the complex world of adoption as a mother develops a curiosity and affection for the child she gave up. Set amid the majestic sea and mountains of Sardinia, the triangle began when Angelica (Alba Rohrwacher), young and poor, gave birth to Vittoria. Tina (Valeria Golino), married and financially secure, was willing and able to take the burden off Angelica’s hands. Ten years later, Vittoria emerges sheltered and protected but with a free spirit. One day at the beach when she comes face to face with Angelica, she immediately senses something isn’t right. After another encounter, Vittoria starts sneaking away to spend time with her suspected biological mother. After a few afternoons, the natural mother-daughter bond becomes apparent and they can no longer deny the truth. Despite her efforts and sincere love for her daughter, Angelica’s demons make it hard for the two to forge a relationship. 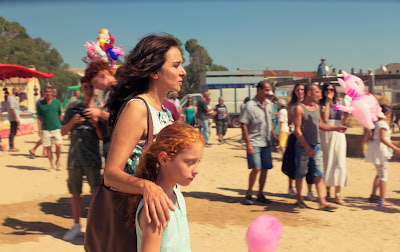 In an interview with Cineuropa about “Daughter of Mine,” Bispuri explained, “Throughout the history of cinema, women have always been sidelined. They have been wives patiently waiting for their husbands to come home, and have often been portrayed in a very superficial way. It’s high time we change that image. Whenever this film is criticized for a lack of focus on men, part of me is quite happy about it. It needs to be this way. Cinema is made of women standing in the background, and yet you never hear us complain.”

Bispuri’s next project is currently in pre-production. “Di lotta e d’amore” is a love story between two teenagers set against the backdrop of housing projects occupied by both Italians and immigrants on the outskirts of Rome.

“Sworn Virgin” and “Daughter of Mine” are available to stream on Amazon, Vudu, YouTube and Google Play.


- Written by Jeannine Guilyard for the September issue of Fra Noi Magazine.
at July 03, 2020